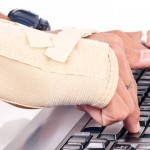 Did you know that the prevalence of Carpal Tunnel Syndrome (CTS) in developed countries is about 50 -160 cases per 1000? It affects women more than men and typically develops between 50 to 54 and 75 to 84 years. 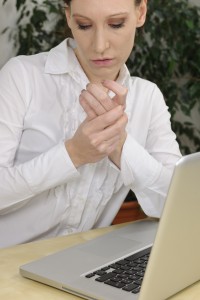 It is also common during pregnancy  affecting up to 50% of pregnant women, the good news for these women is that symptoms often get better within three months of the baby being born.

However I was surprised to learn that carpal tunnel release is one of the most common surgical procedures in the United States. So what non surgical treatments are available for people with mild to moderate symptoms (typically pain, numbness and a burning or tingling sensation in the thumb, index finger, middle finger and half of the ring finger)?

Wrist splints are often recommended but what is the evidence?  I was pleased to find that a new Cochrane systematic review addresses this very issue.

The authors of this review from Melbourne, Australia compared the effectiveness of splinting for carpal tunnel syndrome with no treatment, placebo, or another non-surgical treatment for improving clinical outcome. They followed Cochrane’s high quality methodology and undertook an extensive search of the literature, up until 10 January 2012, and found 19 studies involving 1190 randomised participants (some studies included people with bilateral CTS thus data were from 1287 wrists). Studies comparing splinting with surgical treatment and studies with participants who had previous surgery for CTS were excluded and the Cochrane Collaboration’s ‘Risk of bias’ tool was applied to the studies they included.

“Overall, there is limited evidence that a splint worn at night is more effective than no treatment in the short term, but there is insufficient evidence regarding the effectiveness and safety of one splint design or wearing regimen over others, and of splint over other non-surgical interventions for CTS. More research is needed on the long-term effects of this intervention for CTS.”

This high quality Cochrane review could not define the most effective splint design, wrist position or wearing schedule thus making the choice between interventions conceptually difficult for clinicians and patients. The reason for this was that there was significant heterogeneity (variability) in the interventions delivered, risk of bias, and outcomes reported, which prevented any pooling of outcome data. 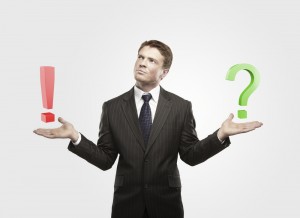 This review could not define the most effective splint design, wrist position or wearing schedule thus making the choice between interventions conceptually difficult for clinicians and patients.

I entered ‘wrist splints for carpal tunnel’ into Google and got over 320,000 hits, and a quick scroll through revealed that many of these were sales pitches some even indicating ‘Designed and approved by Medical Professionals’. There was even a dedicated site for ‘Carpal Tunnel Brace Reviews’, and after a careful look this did have a ‘**DISCLAIMER** I am NOT a medical doctor, the information on this site should NOT be taken as medical advice’. Clearly more work is needed in this important area.

Do you recommend splinting for your patients? What is your view on this review, will it change your clinical practice? Send us your views on this blog and become part of the Musculoskeletal Elf community.

Last reply was January 14, 2016
Try out our members features!