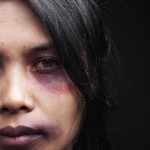 30% of domestic violence (DV) begins during pregnancy and is most prevalent within the working and lower middle socio-economic classes. It is a major public health concern and abuse during pregnancy is of particular concern due to the health risks to both mother and child. It can cause physical and psychological harm to women, and lead to pregnancy complications and poor outcomes for babies.

Routine prenatal checkups could provide an opportunity to screen women and then refer them to an intervention programme. Findings suggest that screening programs in antenatal clinics generally increased rates of identification of women experiencing DV.  More recent studies provide evidence that universal screening is associated with improved pregnancy outcomes. A review by Sharps (2008) suggested that perinatal home-visiting programs are likely to reduce the incidence of physical abuse and improve pregnancy infant outcomes. However there are currently no systematic reviews examining interventions specifically focusing on pregnant women. It is therefore not clear which interventions work best to ensure mothers safety during pregnancy and postpartum.

The objective of this review was to examine the effectiveness and safety of interventions in preventing or reducing domestic violence against pregnant women.

The authors searched the Cochrane Pregnancy and Childbirth Group’s Trials Register (June 2012), scanned bibliographies of published studies and contacted organisations that work in the area of DV for further trials. There were no language restrictions. Two review authors independently assessed trial quality (assessing for risk of bias using the criteria outlined in the Cochrane Handbook for Systematic Reviews of Interventions) and extracted data. Unfortunately, the review highlights the lack of reliable research in this area

Nine trials with a total of 2,391 women were included, seven of which studied pregnant women who were at high risk of partner violence. The interventions examined in the studies varied considerably and ranged from single brief individualised consultation, case management and referral to a social care worker, and multiple therapy sessions during pregnancy and after birth.

The authors were unable to single out one intervention that worked better than the others. Due to a lack of consistency in the outcomes reported in the studies it was not possible to combine results from trials in meta-analysis so for most outcomes very few studies contributed data and results were predominantly based on findings from single studies.

There were no clinically significant differences between groups, most of the studies did not report on whether or not there had been any reduction in episodes of violence. Only one study reported findings for neonatal outcomes such as preterm delivery and birth weight and none of the studies reported important outcomes such as stillbirth, neonatal death, miscarriage, maternal deaths, antepartum haemorrhage and placental abruption.

A serious problem in this review was the lack of consistency, the limited range of outcomes reported and the varied way that outcomes such as depression or experience of DV were measured. This review clearly shows that there is a great need for more information from well-conducted trials before any particular interventional approach can be recommended. For such a major and potentially high risk health concern it is surprising how little evidence there currently is in this area. More trials are desperately needed!