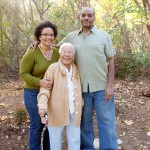 Caring for a loved one with dementia can be, at times, stressful. From being a fully independent person, a husband, a wife, or a mother or father, to gradually having to help the relative more and more in everyday life, can be both frustrating and impact on well-being. Dementia entails many symptoms that can have an impact on the family carer, ranging from behavioural changes such as wandering or aggression to memory problems and problems in everyday life (Kim et al 2011). Not only do they have an impact on the carer, but they can also affect the well-being of the person with dementia (Giebel et al 2015).

Dementia is associated with high costs, but not all of these costs refer to paid services. In fact, some 40 percent of care costs of people with dementia are supported by informal care provided by family members (Schneider et al 2003). It’s no surprise then that carers can sometimes feel exhausted and overwhelmed by caring for their loved one with dementia.

Also, with much negative media coverage and reports on care homes (Older People’s Commissioner for Wales 2014), carers understandably want to care for their relative at home for as long as possible, which then involves higher and more intense levels of support, and thus likely higher levels of carer stress.

To help carers deal better with their new caring role, targeted interventions are being developed. Understanding which support services and forms of interventions help carers the best is receiving more and more interest, such as in currently funded National Institute of Health Research programmes (University of Manchester 2014).

The study evaluated here describes the outcomes of a trial providing information and management techniques to family carers. Caring for a loved one with dementia can be stressful at times.

This study is a clinical randomised controlled trial, in which participants were randomly allocated into either the intervention group (N=173) or to the treatment as usual group (N=87) by a computer generated allocation system.

The intervention programme, START, was mostly administered in the carers’ homes by trained psychology graduates. This included psycho-education about dementia and emotional support services, as well as challenging behaviour management techniques, assertive communication and relaxation. The intervention was carried out over eight weekly sessions, whilst carers practiced the learned techniques in between and afterwards at home.

To evaluate the effectiveness of the intervention, the researchers measured anxiety, depression, carer burden and health status of the carer, whilst the neuropsychiatric behaviour, quality of life and the overall level of impairment of the relative with dementia were also assessed. Follow-up data on the effectiveness of the intervention was measured at four and eight months.

The trial proved effective and reduced carers’ levels of anxiety and depression, whilst also improving their quality of life.

Interestingly, carers also reported fewer instances of abusive behaviour towards the person with dementia as opposed to those carers in the treatment-as-usual group, but this was not a significant finding. For people with dementia, the intervention had no effect on their well-being. The intervention programme was mostly administered in the carers’ homes by trained psychology graduates.

This study has many strengths. The fact that participants were randomly allocated to either the intervention or treatment as usual group; that outcome assessors were ‘blinded’ (did not know) about the group allocation; a good sample size was recruited and validated outcome measures were employed all show the strength of this trial, and make it easy to replicate.

One possible limitation of the trial, which is however the case for many published trials, is its restriction to those people who have English as a first language. In a recent report of the All-Party Parliamentary Group on Dementia (Alzheimer’s Society 2013) the issue of dementia services and their reduced accessibility to people from ethnic minority groups is raised. If we want to apply this within research also, more trials and intervention studies need to allow the opportunity for people whose first language is not English to participate. One important avenue which needs to be explored further is translating the manual into different languages.

Overall, the trial reported was effective in reducing carer’s anxiety and depression levels, whilst simulatenously improving their quality of life. This suggests that the START manual could be employed in practice.

One important avenue which needs to be explored further is translating the manual into different languages, such as Urdu or Gujarati to accommodate the growing South Asian population in the UK (and in other countries). In fact, this aspect of greater ethnic minority inclusion should be employed on a larger scale within research. This would ultimately improve the access to dementia services by ethnic minority groups, something which has many barriers (Giebel et al 2014).