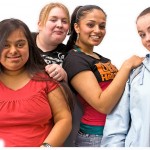 In 2002, the Foundation for People with Learning Disabilities produced a landmark report on the issue of mental health and emotional well-being in young people with learning disabilities ‘Count Us In’, which looked at ways of supporting young people to be emotionally strong, through education, support, friendships and advocacy. The report followed a year long enquiry by the Foundation which identified a significant issue with mental health in young people.

Ten years on, these issues remain, and this review looked specifically at the evidence produced in the last 18 months to see what progress was being made in the identification of mental health issues and to look at what we are learning about effective interventions.

They found that antipsychotic medications were the most commonly prescribed medications despite the lack of evidence for their efficacy. They also appeared to be prescribed to address challenging behaviours rather than for identified psychiatric disorders.

They found some reviews looking at services and policies in other countries which suggests that this issue is beginning to receive attention internationally. They suggest that these reviews are also beginning to add to a shared vision of inclusive community based services.

They conclude that whilst the recently published studies add to an improved knowledge base on the rates of mental health disorders in young people with learning disabilities, that such mental health needs are still under-recognised in clinical practice and can remain untreated.

The mental health needs of children and adolescents with learning disabilities , Vedi, K & Bernard, S in Current Opinion in Psychiatry. 25(5):353-358,

Last reply was October 6, 2012
Try out our members features!