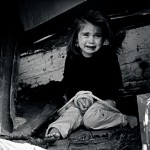 The phenomenon of human trafficking, the exploitation of one human by another, takes place across the globe and predominately targets women and children. Those trafficked are such hidden populations that it has been difficult to estimate the numbers actually affected at any one time; possibly up to 30 million individuals are currently being trafficked.

Almost every country in the world has been implicated, either as a country of origin, transit, or destination; or all three (UNODC, 2104). The most common reason for trafficking is believed to be for sexual exploitation, followed by domestic and agricultural or sweatshop labour, but also includes child soldiers and forced marriage.

As would be expected, trafficked populations have been found to have high rates of mental health problems. The most prevalent disorders are depression, anxiety and post-traumatic stress disorder with widely different estimates from community samples as highlighted in a systematic review; reflecting the heterogeneity of the population concerned (Oram 2012; Ostrovschi 2011). For those of us who have worked with trafficked children, they can present with the most harrowing and devastating narratives we have heard.

This study, published in the Lancet Psychiatry yesterday to coincide with #AntiSlaveryDay, is the first ‘historical cohort’ study, retrieving data about patients who have been involved with mental health services and have been trafficked (Oram et al, 2015). 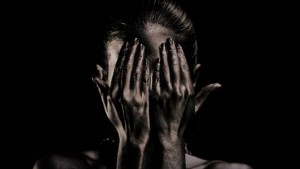 The British Red Cross say there are 21 million trafficked people worldwide, a quarter of whom are children.

The study takes advantage of the electronic database of the South London and Maudsley NHS Foundation Trust, through the system of gathering data from ‘CRIS’ (a Case Register Interactive Search), which will pick up search terms; a sort of Google for secondary health care records.

The researchers identified those ‘exposed’ to trafficking and compared them to four matched ‘non-exposed’ patients over a six year period (up until 2012). They matched participants for sex, age, primary diagnosis, type of initial care (in-patient or not) and year of most recent service contact. The trafficked and non-trafficked patients were compared with the aid of sophisticated imputation models.

133 trafficked patients, including 37 children, were identified from health records from over 200,000 patients.

Simplified results are included in the table below: 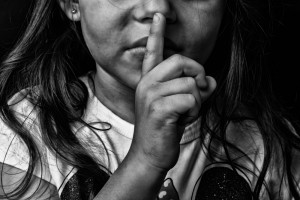 Over half of the children in the study were trafficked for sexual exploitation.

This study provides information on the subgroup of the trafficked population who make it into secondary mental health care facilities. PTSD and affective disorders were the most commonly recorded diagnoses and the vulnerabilities of the trafficked population were apparent. They were more likely to have pre-existing psychiatric disorders and histories of abuse, and have ongoing vulnerabilities to abuse, including domestic violence and sexual assault, after escaping exploitation.

The paper uses an innovative data resource to better understand a difficult population for services to reach. The study highlights the complexity of these cases, the need for a multidisciplinary approach and the pre-trafficking vulnerabilities of the population.

The main weakness of the study is the comparison group, given the opportunities that present themselves through the CRIS, a migrant comparison group would have been of greater interest, in particular comparisons with forced migrants such as refugees, who also have documented higher rates of post-traumatic, affective and psychotic disorders. The study also suffers from the limitations of historical cohort studies, and therefore potentially a lot of information has not been gathered or recorded in a manner that could be used to help answer the study questions.

The study population is a highly select group (those who have made it to secondary mental healthcare) and so, marrying this study with other data sources, will be an important next step to better understand the overall mental health risks and opportunities to intervene. 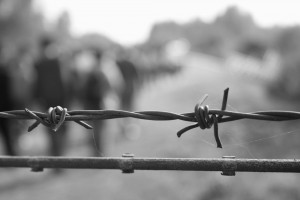 A comparison group made up of forced migrants such as refugees would have been of greater interest than the matched ‘non-exposed’ patients chosen by the authors.

This study shows how the mental health presentations of those who have experienced trafficking is often more severe, requiring longer periods of admission and more compulsory care orders. The sample size from which this study is drawn is not easy to determine, given the difficulties of studying populations who by definition are hidden from public services. However, as demonstrated in the study, there are a few key entry routes for trafficked persons with severe mental illness; maternity services, accident and emergency and primary care. Therefore, those working within the front-line of such specialties need to have a robust system of support and referral to ensure that if trafficking is suspected then the individuals can be cared for in such a way that will maximize their ability to trust those looking after them and that those in the system of care can provide the protection these individuals might require. This is important but time consuming work.

The need is for services to work in a more coordinated and integrated manner, for example, with one-stop services, where a single point of access for physical and mental health problems is readily available. There are a host of voluntary organisations offering supportive networks and therapeutic spaces, these need to be better integrated with statutory services. The reintegration process for individuals affected will require multidisciplinary effort and central commitment (Fazel, 2014).

Finally, the important area of interventions must be considered (Miller, 2010). There are a host of interesting interventions that have been tried for these populations, involving the scope of psychotherapies, including verbal processing of the traumatic experiences (with for example Trauma-Focused-Cognitive Behaviour Therapy (CBT) and Narrative Exposure Therapy (NET)) and also through the use of drama and the range of creative arts. The evidence base is best for CBT and NET, but considerably more research is needed to answer key questions (Nickerson, 2011; Robjant, 2010). With a systematic research agenda, there is optimism that those able to access services will be able to benefit from therapeutic approaches that can assist in the process of recovery.

Less hope, however, remains for those individuals, representing some of the greatest depths of human depravity, who are perpetrating the crimes of rape, forced labour and organ theft against innocent children, women and men. This crime spans the globe, taking place in both the domestic and transnational context, involving high profit and low risk, given the pitiful rates of conviction internationally. Tackling the determinants of trafficking calls for a new method of investigation, involving researchers, humanitarian organisations and governments in a coordinated and committed effort to scale the depths of modern slavery. This focus will help prevent the mental health and a host of other individual, community and societal consequences of these vile acts. 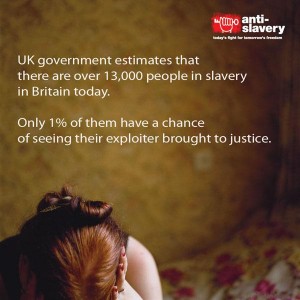 Governments, humanitarian organisations and researchers must work together if we are to scale the depths of modern slavery.