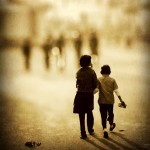 Due to challenges with defining child and youth homelessness, it is somewhat difficult to provide accurate figures for the prevalence of this subpopulation. Despite this, it is estimated that tens to hundreds of millions of children and youth spend a portion or majority of their time on the streets (United Nations Human Rights Office, 2012).

Whilst there are several difficulties with defining child and youth homelessness, one frequently identified tenet is the idea that the streets are a central reference point and one which plays a significant role in the child or youth’s everyday life (United Nation Humans Rights Office, 2012). Owing to this centrally agreed upon notion, the term ‘street connected children and youth’ has been used more recently in discourse to refer to those for whom the street is an integral part of their lives.

Causes for child and youth homelessness are thought to be diverse and vary between developing and developed countries, geographic regions, sexes and ages (United Nation Human Rights Office, 2012; Ray et al., 2011). However, due to widely stigmatized beliefs, the most common assumption is that children or youth who are connected to the streets are delinquent and made the choice to become ‘street connected’. Subsequently, government responses to street connected children and youth have generally focused on social exclusion, criminalisation and oppression by police and civic authorities (United Nation Children’s Fund, 2012).

There is currently no consensus between academics, policy makers, stakeholders and international organisations about the causes of street connection. This means that policies are often developed and implemented without taking these factors into account. The present study therefore aims to systematically analyse the self-reported reasons for why children and youth around the world become street-involved. 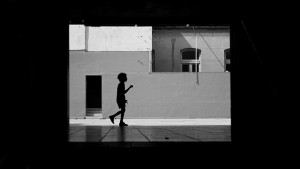 Tens to hundreds of millions of young people are categorised as ‘street connected children and youth’.

Street-connected children and youth are defined as:

Any child (1-18 years) or youth (15-24 years) who spends a portion or majority of his or her time on the streets living or working.

More broadly, the authors included any study that referred to a child or youth who had connections to the streets and for whom the streets played a significant role in his or her life.

Studies that reported quantitative reasons for street involvement were searched for between 1990 and 2013. Studies were included if participants were under 24 years of age and met the above operational definition of street-connected children and youth, and where studies had included quantitative reasons for street involvement. Studies were excluded if they were not written in English or if they were dissertations, books or conference abstracts.

Extracted data on reasons for street involvement were sorted and compiled into 6 agreed upon categories by the review team. Below is a list of the associated variables with each reason.

A binary response (yes/no) was considered for each identified reason for street-involvement. A fitted logistic mixed-effects model was used to estimate the pooled prevalence (i.e. the pooled mean proportion) for each reason and also to estimate subgroup pooled prevalence by development level and geographic region. Wald tests were used to assess the effect of covariates and to calculate corresponding P values. 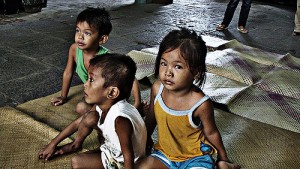 The results of 49 studies were analyzed including data from 13,559 participants from 24 countries. Of these:

Globally, the most commonly reported reasons for street involvement were:

Differences between developed and developing countries

These rankings look slightly different when we consider the pooled prevalence estimates of each of these reasons in developed and developing countries.

For developing countries the ranking is somewhat similar to the global ranking with the most commonly reported reason for street involvement being poverty with a pooled prevalence estimate of 41%.

However, in developed countries, the most commonly reported reason for street involvement was

Wald Test’s revealed a significant difference between the pooled prevalence estimates in developed and developing countries for all reasons except poverty and abuse.

Poverty related reasons for street involvement were most commonly reported in Africa (49%), Eurasia (83%), and South and Central America (27%). Family conflict was the most commonly reported reason in North America (47%) and the Pacific region (54%). Wald Test’s revealed a significant difference in the pooled prevalence estimates between regions for family conflict and delinquency. 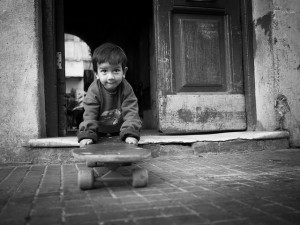 Globally, poverty-related reasons were the most cited causes of street involvement in children and young people.

This meta-analysis has shown that globally, the leading cause of street involvement reported by children and young people worldwide is poverty. This finding remains true for developing countries, but in developed countries, the most commonly cited reason for street involvement is family conflict.

Across both developing and developed countries, the main reasons cited for street involvement were poverty, family conflict and abuse. This suggests that children and young people turn to the streets as a means of survival from unfavourable conditions, and do not, as stigmatized beliefs suggest, make the choice to become street involved through delinquency.

Whilst this study should be commended for being one of the first to compile and analyse the global reasons cited for street involvement, it is important to note that the study is not without its methodological flaws.

Firstly, the authors acknowledge that there may have been some misclassification bias in the creation of the six reasons for street involvement. Whilst the authors attempted to limit this by independently extracting and comparing data and reviewing the final categorisation as a team, they note that the process of compiling reported reasons into categories which reflected the general theme of the study may have lent itself to bias. I would like to further question the final categorisation of these six reasons. Upon examining the variables associated with each reason, it appears to me that these are not straightforward and there is lots of overlap between the reasons. For instance, are refugee conditions/war displacement really the same thing as poverty, or should this be a reason in its own right? There is also clear overlap between some of the reasons; for instance including personal drug or alcohol use as a variable for psychosocial health and also using substance or alcohol use at home as a variable for family conflict. Finally, there are a greater number of variables associated with the ‘Poverty’ reason, meaning that participants may be much more likely to cite this reason than one of the others with only a few variables. This may have contributed towards the high pooled prevalence estimates for poverty, and may diminish the accuracy of the findings.

Secondly, the use of self-report measures is frequently criticised for being subject to reporting and social desirability which in this case, may not accurately reflect the reasons for street involvement. Despite this, Auerswald et al (2016) state that children and young people may feel more comfortable suggesting that they are connected to the streets due to personal choice, rather than for stigmatized reasons such as neglect or abuse. This would therefore support the findings of this study, in that the already low proportion of participants who had stated delinquency as a reason for street involvement may still be an overestimation.

The authors of the paper state that there is a clear need to develop strategies to overcome some of the adverse effects of living on the streets. In both developed and developing countries, these strategies should aim to focus on addressing poverty, abuse and family conflict.

The authors also give some insight into how these services should be set up. They state that youth collaboration should be used to develop these strategies as those with lived experience of the streets are best placed to accurately identify the reasons for street-connectedness that need focusing on the most and how best to do this in a non-stigmatising way. 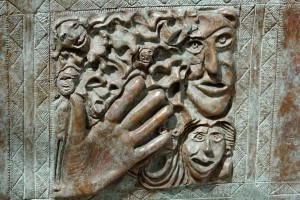 Future strategies should focus on addressing issues of poverty, abuse and family conflict.

Human Rights Watch (2014) “Where do you want us to go?” Abuses against Street Children in Uganda.

United Nations Human Rights Office of the High Commissioner (2012) Protection and promotion of the rights of children working and/or living on the street.