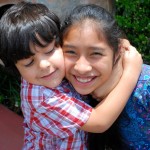 The link between external influences such as family and neighbourhood experiences and young people’s mental health outcomes has been extensively commented on in the literature. While it is more common for studies to focus on the individual or family level, looking at things from a wider perspective is interesting especially from a public mental health point of view.

For example, the Mental Elf has previously featured a review on socioeconomic inequalities and mental health of young people which concluded that children experiencing low socio-economic status are more likely to have mental health problems. This has implications for developing policy interventions.

Last month, a randomised controlled trial (RCT) was published in JAMA which discusses the link between neighbourhood influences and children’s and young people’s mental health. The paper is the result of the Moving to Opportunity Demonstration which took place in the US from 1994 to 1998. This was a project in which families living in high-poverty areas received vouchers to help them move to different/low-poverty neighbourhoods.

The study was designed as an RCT with three arms:

4,604 families were recruited across five cities. Families had to have at least one child under 18, be eligible for Section 8 housing, and live in public or project-assisted housing in high-poverty neighbourhoods. These were defined using US census tracts. These census tracts contain between 2,500 and 8,000 people and are defined as homogenous with respect to population characteristics, economic status, and living conditions. After excluding families with no eligible children or adolescents, 2,585 families were randomised into three groups:

Families in the low-poverty group received rent subsidy vouchers which were restricted to low-poverty areas; again defined by census tracts. These vouchers were intended to cover the difference between the family’s rent contribution and a rent threshold. They were also offered housing counselling.

In the traditional voucher group, families were offered the same vouchers and counselling, but without the restriction to low-poverty areas. The control group received no intervention.

At baseline, the head of household was given a questionnaire focussing on sociodemographics and neighbourhood experiences. Mental disorders were not assessed.

There were two evaluation surveys:

The subjects for these were the children of the randomised families. The interviewers were blind to group assignment. The long-term assessment included the Composite International Diagnotic Interview (CIDI), a psychiatric evaluation tool which has good concordance with clinical diagnoses of mental disorders as classified by the DSM-IV. The researchers state that they focussed on six DSM-IV disorders: major depression, panic disorder, PTSD, oppositional-defiant disorder, intermittent explosive disorder, conduct disorder. 643 adolescents were excluded due to either difficult recruitment or being from a family with more than four eligible respondents, and 174 were lost to follow-up. Respondents were more likely to be female and non-Hispanic black. The total response rate was 77.8%. 92.9% of adolescents from the low-poverty group, 86.9% from the traditional voucher group, and 89.4% from the control group took part in the long-term follow-up.

Table 1: Overall rates of mental disorders during the past year

Data were then analysed by intervention group and sex, as the researchers found significant differences between the sexes for major depression, conduct disorder and PTSD.

Girls, on the other hand, were found to have reduced rates of major depression and conduct disorder in both intervention groups compared with the control group.

When you compare girls to boys, it’s striking that the rate of major depressive disorder is about the same in both boys and girls in the intervention groups but vastly higher for girls than boys in the control group.

The researchers come to the conclusion that interventions to encourage families to move out of high-poverty areas may have:

They mention that there is some qualitative evidence that suggests that girls may fare better because there are differences between the sexes in neighbourhood experiences and social skills needed to take advantage of the opportunities that were present in their new surroundings.

The study definitely has strengths. It was conducted across five different cities and the study sample, even though only 23% of eligible families actually volunteered, is large enough to make the study significant from a policy perspective. The researchers also put considerable effort into recruiting adolescents for the follow-up interviews, including financial incentives for difficult-to-recruit participants, and achieved a very high response rate.

It also has some limitations. The researchers themselves state that it is not clear whether the odds ratios for the mental disorders they found were stable over the entire time from randomisation to follow-up (10-15 years). The study also mentions that an analysis restricted to movers would have yielded some interesting results, but doesn’t go into it. Especially since there were more families who didn’t move in the low-poverty voucher group, I would have found this information beneficial.

Mental disorders were only assessed at long-term follow-up, not at baseline or interim assessment. Given that a large proportion of children would probably have been too young for assessment at baseline, this is understandable, but an interim value would have been helpful for some insight into developments over time.

I also see a problem in analysing data from adolescents aged 13 through 19 as one block. An analysis by year group would have been interesting to see.

Qualitative evidence was hinted at but not really discussed in depth. I feel that looking into qualitative evidence and finding some explanations as to why the intervention yielded such differing results between the sexes would be the next step.

Finally, a study such as this is very tied to the public housing system and economic realities of the country where it is conducted, hence it is doubtful whether the results can be generalised to other countries.

Overall, the study provides some policy-relevant insight into interventions to help people move to nicer areas, but it is very difficult to draw any practical conclusions. It raises more questions than it answers when it comes to differences between the sexes, as it cannot explain why the intervention apparently had detrimental effects on boys but positive effects on girls.

Personally, I can’t help thinking that the solution lies with improving neighbourhoods as a whole rather than helping people move away from high-poverty areas, as this doesn’t really get rid of the root of the problem on a societal level. It’s difficult to draw any practical conclusions from this research