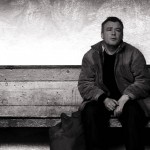 Community Treatment Orders (CTOs) were introduced in the UK in 2008, and authorise patients involuntarily admitted to hospital to be discharged to the community under close supervision. CTOs are intended to reduce the ‘revolving-door syndrome’ of frequent readmissions for treatment-resistant patients by imposing conditions on their community care. Individuals who break these conditions can be brought back to hospital for up to 72 hours while the relevant clinician decides what to do next.

CTOs were introduced following much debate and without clear evidence, and remain controversial (Kisely et al, 2014). Arguably, CTOs negatively impact on human rights, restricting agency for those well enough to survive in the community. This may contribute to patients feeling under social control, lowering their confidence in community mental health services, and increase the risk of their disengaging from services.

Keen Mental Elf readers may recall a previous report on the work of Professor Tom Burns and colleagues on the impact of CTOs. Their conclusion, in line with two previous randomised controlled trials (RCTs), was that CTOs do not show evidence of reducing hospital readmissions for severely ill patients.

However, limited evidence from non-randomised studies indicate that CTOs show a benefit, but only beyond 6 months (Angela da Silva MHSc et al, 2007; Segal & Burgess, 2006). An important caveat is that without proper randomisation it is difficult to know whether reduced readmissions are due to treatment or selection effects. For example, more stable patients may be kept on a CTO under the assumption their stability is a direct consequence of the CTO, potentially skewing readmission data. Nonetheless, all three previous RCTs were restricted to 12 months, meaning the long-term effects of CTOs were heretofore undetermined.

To address this, Burns et al are back with a follow-up study on the largest, and now longest multi-site RCT so far to evaluate the efficacy of CTOs in preventing hospital readmission for patients with a diagnosis of psychosis (Burns et al, 2015). Published in the Lancet Psychiatry, their paper presents the findings of a 36-month follow-up on the original 12-month OCTET trial. 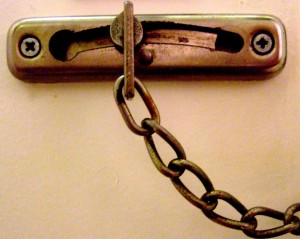 This follow up to the OCTET trial provides us with the most reliable primary evidence about community treatment orders to date.

From 2008-2011, 336 patients, in 32 trusts across England with a diagnosis of psychosis and deemed suitable for CTOs, were randomly assigned to be discharged on either a CTO (n=167) or to voluntary status via Section 17 leave (control group; n=169). The trial was open-label, i.e. neither the participants nor the experimenters were blind to which group patients were in.

The study had multiple outcomes encompassing readmission and disengagement from services. A statistical analysis plan was written before the data was accessed to protect against data mining. Readmission outcomes were analysed using multiple regression models.

330 participants were included in the analysis. Sample characteristics did not differ between groups and are comparable to those in other CTO studies.

For readmission, the CTO group showed slightly better outcomes than the control group, but none of these differences were significant. The CTO group spent a median of 983.5 days out of 1,095 in the community vs. 976 in the control group. There was no linear relationship between duration of CTO and readmission rates, duration of readmission, and time to first readmission. These findings were the same even when adjusting the data for characteristics such as age, gender and illness duration.

For disengagement, very few patients were discharged by their clinical teams, and a minority in each group disengaged from services. Time to disengagement was associated with CTO duration (p<0.001), but this may be a spurious finding given the low number of patients who disengaged. Clinical follow-up was high for both groups at nearly 3 contacts per month, with 94% of the entire cohort still in contact at 36 months. Periods of discontinuity did not differ significantly between groups.

The effect of the randomisation process became more diluted by the 36-month mark, as invariably some control participants were subsequently given a CTO. Community Treatment Order experience, regardless of group, was significantly associated with higher readmission rates. 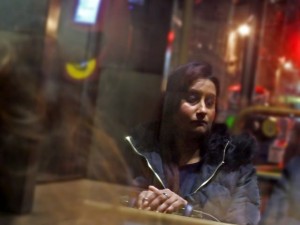 Community treatment orders do not provide any benefits to patients.

This is the first long-term follow-up of an RCT of Community Treatment Orders. Extending previous findings, Burns et al provide evidence that CTOs do not lead to reduced readmission rates, whether at 12 or at 36 months. Despite the longer follow-up, increased compulsory treatment does not appear to improve readmission outcomes.

The findings of this well-conducted, large, multi-site trial adds to the growing body of literature showing that CTOs simply don’t work. Although the study was limited to patients with a psychotic disorder, such individuals are fairly representative of the sorts of difficulties clinicians face when treating severely ill patients; difficulties that CTOs are intended to address.

This is concerning, particularly as incidence of CTO use by clinicians appears to have gone beyond what was originally proposed by legislation. Interestingly, the longer follow-up period in this study revealed that CTOs often remain for long periods once in place.

The one silver-lining, if it can be called that, is that the CTO group did not disengage from services any more or less than the control group. There was a high rate of sustained clinical contact throughout the study in both groups, indicating that NHS staff clearly take their clinical duties seriously. The authors point out that contact was not maintained between the research and clinical teams during follow-up, so this assertive approach by clinicians cannot be dismissed as a study effect. It is quite remarkable, considering the shakeups and restructuring experienced by mental health services from 2008-2011.

This high rate of contact may in fact explain why CTOs are so ineffectual, as clinical contact appears to be maintained with or without compulsion. The authors argue that CTOs were brought in to fix problems from 20 years ago when disengagement was a more substantial concern (Tyrer et al, 1995), and are thus being used well past their sell-by date.

The continuing spread of CTO legislation and their increased use, despite no evidence of benefit in all three published trials, is surely contrary to psychiatry’s declared commitment to evidence-based practice. Further trials or modifications of the policy and practice are urgently needed. 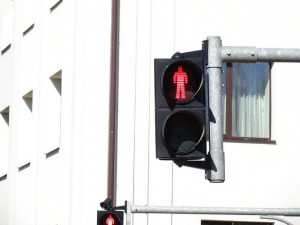 The continued high use of community treatment orders should be urgently reviewed.

Burns, T., Yeeles, K., Koshiaris, C., Vazquez-Montes, M., Molodynski, A., Puntis, S., Vergunst, F., Forrest, A., Mitchell, A., & Burns, K. (2015). Effect of increased compulsion on readmission to hospital or disengagement from community services for patients with psychosis: follow-up of a cohort from the OCTET trial. The Lancet Psychiatry, 2(10), 881-890.