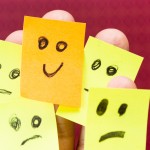 When community treatment orders (CTOs) were introduced in 2008, it was largely an act of faith on behalf of policy makers. The evidence base was, at best, inconclusive. Work by Swartz and Swanson (2004) and a later study by Churchill et al (2007) indicated that CTOs could be effective but for very particular groups of service-users and for limited mental illnesses. In addition to these concerns, there were also more fundamental objections based on the shift in the balance between individuals and the State.

I have argued elsewhere (Cummins, 2011 and 2013) that mental health policy in the period that led to the introduction of CTOs was largely driven by fears about serious offences committed by individuals with serious mental illness and financial retrenchment. CTOs have become quickly part of the mental health policy landscape. Ethical concerns have been side lined almost to the point of invisibility. It seems that CTOs are here to stay.

This study is based on semi-structured interviews with three groups: service users, practitioners and nearest relatives within the meaning of the Mental Health Act.

Psychiatrists are now more in favour of CTOs – 83% in Coyle et al 2013’s study – than they were earlier work such as Crawford et al (2000) where only 46% favoured such legislation. Despite the wider commitment to service user involvement and regarding patients as experts, there is still a significant gap in the literature. This small study is part of the process of answering some very key questions about the operation of CTOs in England and Wales. 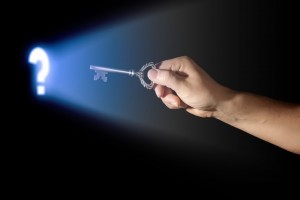 This study starts to answer some key questions about the operation of CTOs in England and Wales.

The research study took place in a mental health NHS Trust in Southern England. Between January and December 2012, the researchers undertook a total of 72 semi structured interviews – 21 with service users, 35 practitioners, 7 with nearest relatives and 9 with service providers.

The recruitment of participants to any research project is challenging. There were particular ethical and other issues here which go some way to explaining the balance between the groups of participants.

The researchers highlight four common themes that emerged from the interviews:

It is noted that

factors influencing effectiveness included recognition of the containing elements of the CTO, a respect for its legal authority and an acceptance of conditions.

All the groups saw the CTO as a safety net, particularly carers and those involved with housing. One doctor described the CTO as ‘a bit like an agreement that provides boundaries’. However, the unequal nature of this relationship is revealed by a later comment, ‘so, you refuse to come to your appointment, we take to hospital, make sure that you get your injection: not a big deal’.

One of the most interesting aspects of these interviews is the continued focus on medication as the overarching intervention. Having worked as an approved social worker, I recognise the importance that medication can have in alleviating distress. However, it is only one tool – a potentially very powerful one.

One of the enduring problems in mental health care is the fact that other aspects of individuals’ lives that have a clearly demonstrably potentially positive impact on mental health – talking therapies, social interventions and so on, are still marginalised. It is clear from these interviews that confusion amongst service users and relatives about the scope, nature and implications of the CTO. 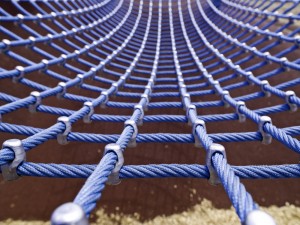 All the groups saw the CTO as a safety net, particularly carers and those involved with housing.

The perceptions of service users have an important role in determining the value and potential effectiveness of CTOs. A consideration of these issues should be integral to the process of assessing whether a CTO is appropriate in individual cases.

As noted above, CTOs are now a prominent feature of mental health work. The creation of such legislation almost always involve some sort of  ‘mission creep’. In the case of CTOs, the numbers of incidences of its use are more than the original proposals suggested. This study hints at a grudging acceptance amongst some service users that the CTO does provide some stability and this has a positive benefit. Interestingly, the interviews here seem to suggest that this is retrospective – no one appears to volunteer for the CTO.

Professionals also suggest that the CTO can be used most effectively with those service users who have more insight into their condition. There is not the space here to debate what insight might really mean – however, it strikes me as paradoxical that the CTO are most effective with this group.

I am one of those who object to the CTO in principle. There is some evidence here that it has a positive impact. However, I would argue that we need to look more deeply at what the factors that are at work here. It is very significant that the volunteers in this study identified one of the strengths of the CTO as provides a legal recognition of the need for care. Such recognition has existed since the 1983 Mental Health Act for this group of service-users, it is section 117 Mental Health Act 1983.

The most powerful aspect of the CTO is the power of recall, the irony is that in some areas this effectively has ceased to exist as the pressure on services mean that there are no beds to which to be recalled.

The other factors that appear to make the CTO work centre around proper sharing of information, involving service users and their families in a meaningful way in planning their care. These are the fundamentals of establishing therapeutic relationships. The legislative framework does not do that – well funded services based on core values of decency and respect do. 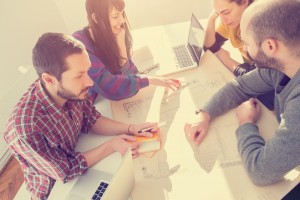 Proper sharing of information, involving service users and their carers in planning their care, is important for CTOs to work.