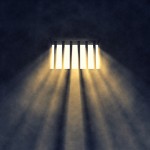 Community Treatment Orders (CTOs) were introduced in the UK in the last revisions of the Mental Health Act. They are highly controversial, and unpopular amongst the mental health community. They clearly impact on an individual’s Human Rights.

Interestingly, they cannot enforce a treatment but can require an individual to return to hospital or a place of treatment. The evidence base behind this intervention is both confused and conflicting and has been subject of previous Mental Elf blogs. The most recent of which was another systematic review which largely included the same literature.

A new study by Rugkasa, Dawson and Burns, published in February 2014, aims to synthesise current trial and published evidence on the effectiveness of CTOs.

Literature was identified from 2006 onwards. The method by which this was identified is vague within the paper. However, all evidence from trials (including non-randomised studies) and previous literature reviews was included. The evidence-base does not support the use of CTOs in their current form. Involuntary clinical interventions must conform to the highest standard of evidence-based care…

If clinicians are to take a strict evidence-based approach, then they cannot continue to use CTOs in their current form…

The only positive effects of CTOs seemed to emerge from the older studies (i.e. those published closer to 2006). However, mental health services have been subjected to radical changes over the last ten years,and these studies were based in America. The continued demise of Assertive Outreach Teams is clearly going to impact on the management and care of those service users hardest to engage. Most studies of CTOs were often based within these teams; their demise will arguably further reduce the benefit of CTOs. CTOs clearly impact negatively on an individual’s human rights, if they do not have a robust evidence base which demonstrates improvements to health or safety, their continued use is very concerning.

The use of different outcome measures means that results from different studies are not easily combined. Despite the reviewers trying to combine a range of literature it was not possible to synthesise the findings. Relapse is a good example; it’s broader than re-admission to hospital. Re-admission is not a robust measure of change in mental state and is highly dependent on the configuration of mental health services and availability of discharge accommodation. Indeed the author’s of the paper discuss whether duration of admission would be a better indicator.

There are considerable ethical issues in studies of this kind, however, to not undertake much need rigorous research in this area is clearly impacting on the evidence base for this intervention. There is a need for a range of studies which explore the effectiveness of any detentions in hospital or the community under the Mental Health Act.