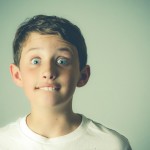 Attention deficit hyperactivity disorder (ADHD) is one of the most prevalent neurodevelopmental disorders. In the US, roughly every tenth child and adolescent is affected and more often than not, ADHD persists into adulthood (Kessler et al., 2006).

Controversy still surrounds the treatment of ADHD: Generally, medication with adjuvant psychological interventions such as cognitive-behavioural therapy is favoured. While the stimulant methylphenidate has been the pharmacological mainstay for years, in some cases, atomoxetine may be efficacious too (Garnock-Jones & Keating, 2009). As ADHD continues to be the cause of significant health and societal problems, however, improved treatment options are direly needed.

Recently, interest has been growing in tricyclic antidepressants (TCAs) as drugs to tackle ADHD, but a concise overview is still lacking. To this end, a recent Cochrane Review (Otasowie, Castells, Ehimare, & Smith, 2014) has taken a look at the evidence.

The authors screened several medical databases and trial registers for randomised controlled trials (RCTs) comparing any TCA with either placebo or active comparator (e.g. methylphenidate) in children or adolescents with ADHD. Patients with comorbidities, as is often the case in ADHD, were included as well. Standardised mean differences (SMD), Odds ratios (OR) and 95% confidence intervals (CI) were calculated to provide summary statistics. Looking at individual drugs, it was found that desipramine significantly improved core symptoms of ADHD (impulsivity, hyperactivity, inattention) in children and adolescents as rated by:

Compared to clonidine, desipramine was more efficacious in reducing parent-reported ADHD symptoms in a sample with comorbid tics or Tourette disorder (SMD -0.90, 95% CI -1.40 to -0.40, 1 trial with 68 participants, very low quality).

Nortriptyline was also efficacious, improving core symptoms according to clinicians (OR 7.88, 95% CI 1.10 to 56.12), although this was only supported by a single study.

Even though no serious adverse effects occurred, participants reported nausea, confusion, sedation, dry mouth and several other unpleasant experiences well known to be caused by TCAs. Also, mild increases in diastolic blood pressure and pulse were noted. Desipramine was associated with reduced appetite, while nortriptyline led to weight gain compared to placebo. However, treatment discontinuation was comparable among desipramine and placebo arms. This well conducted systematic review found no reliable evidence to support the prescribing of tricyclic antidepressants for ADHD in children and young people.

Findings suggest that, in the short term, desipramine improves the core symptoms of ADHD, but its effect on the cardiovascular system remains an important clinical concern. Thus, evidence supporting the clinical use of desipramine for the treatment of children with ADHD is low.

Overall, the quality of the RCTs included in this review was low to very low, indicating a concerning risk of bias. In addition, with only six RCTs making up this heterogeneous group of participants and designs, it remains doubtful whether sound conclusions can be drawn at this stage. In three trials, the treatment duration of just three weeks was too short to evaluate TCA therapy.

Clearly, there’s no silver bullet for treating ADHD in children and young people. This review by Otasowie and colleagues shows that TCAs are generally a pretty bad idea to give to anyone with ADHD. We also know that there are more efficient and better tolerated pharmacological interventions (Wolraich et al., 2011).

Besides drugs, the evidence shows that adjuvant psychotherapy may help to stabilise and improve the benefits of already approved and available medications (Sonuga-Barke et al., 2013).

From a patient perspective, it’s better knowledge about successful psychological treatments that is lacking, not recycling of yet another drug. Young people with ADHD and their families would surely welcome more research about the benefits of non-pharmacological treatments.

Last reply was October 18, 2014
Try out our members features!