Home » Posts » Populations and settings » black and minority ethnic » Extremism and mental health: is there a link? 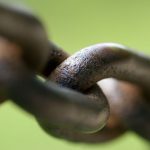 Extremism is clearly an important social and political issue in Britain. There are concerns expressed in the media, probably reflecting views at large in the general population, about the cultural assimilation of migrant groups. In particular, these worries concern the possibility that migrants may come under the influence of violent extremist strains of thought.

There is increasing interest in the possibility that mental health services could play a role in the identification of extremists. The authors of the current research assert that poor mental heath could be associated with extremist beliefs, and that is the subject of the paper.

Very little previous research has examined the prevalence of extremist attitudes in the general population and the association with psychopathology. 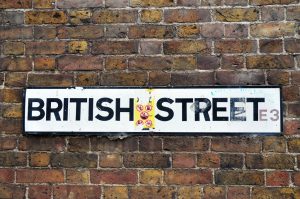 This paper presents an analysis of survey data on young men about their views on terrorism and foreign military action. A 2011 survey sampled households in different regions of Britain, in order to generate a representative sample of young men. There were two additional surveys carried out in order to boost responses from men from Black and Minority Ethnic (BME) groups living in low BME areas, and also to increase responses from men with lower socioeconomic position in areas where these were rare.

To assess support for extremist beliefs, subjects were asked to express their views on the war in Afghanistan, in the form of assessing their agreement with a series of statements. These were:

These questions were grouped into pairs and combined into three variables. For analysis, extremes of position were contrasted with those who replied with “I don’t know” or answered negatively to both pairs of questions. The variables were then grouped into two variables reflecting pro-British and anti-British attitudes.

Statistical software was used to assess associations between sociodemographic or mental health variables and the 3 variables of interest:

3,679 men participated in the survey. The mean age was 26, about half were single and nearly two fifths of the sample were unemployed. About the same proportion were from Black or Minority Ethnic groups.

Extremist views appeared to explain the association between Pakistani ethnicity and depression, drug misuse and Indian and Chinese ethnicity, and antisocial personality disorder and Indian ethnicity. 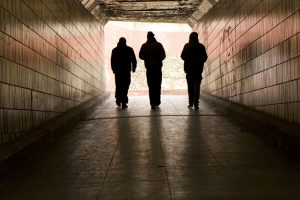 Pro-British men were more likely to be White, UK born, not religious. Anti-British were Muslim, religious, of Pakistani origin, from deprived areas.

This study reported levels of pro- and anti-British attitudes in young British men, and also looked at the role of ethnic group and psychopathology. Stronger pro-British attitudes were associated with White ethnicity and being UK born. Increasingly anti-British views were associated with increasing religiosity. The authors suggest that polarisation of religious views may be related to ongoing processes of exclusion of religious minorities in British life, for example in Muslim communities.

The authors discuss limitations with sampling methodology and the analysis. Beyond that, it is unclear from this paper what was the central hypothesis. They seem to indicate that extremist views “accounted” for the excess depression among Pakistani men, but this did not appear to be what they were looking for when they designed the study (it’s also not possible to test this hypothesis using this data).

This was a selected group of young men who agreed to participate in the survey. Non-responders were not counted and nothing is known about those who chose not to take part. It is likely that their views on war, Britishness and cultural identity were substantially different from those who did actually respond.

This is an important set of data which tries to report views on identity and allegiance in a group of young men. It finds patterns in the strength of anti- and pro-British feeling, and associations with psychopathology. However, the design of the sampling strategy and the lack of a clear underlying theoretical model for the analysis means the findings aren’t entirely clear.

The paper clearly serves well as a starting point for further work, but this work needs to have clear hypotheses at it’s core. 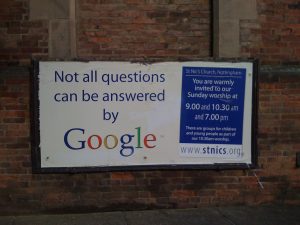 Is there a relationship between mental illness and support for terrorism, extremism or anti-British attitudes?