Home » Posts » Other health conditions » comorbidity » Rates of psychosis in epilepsy may not be as high as previously reported, says new systematic review 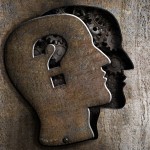 For many years, psychiatry has highlighted that people with epilepsy appear to have an elevated risk for psychosis.  However, studies exploring this relationship (of which there are many) seem to disagree on just what the prevalence of psychosis is in this group.  For example, Gudmundsson (1966) interviewed every patient with epilepsy in Iceland and concluded a prevalence rate of psychosis of 7.2%, whereas Swinkels et al (2005) report a rate of just 0.48%.

The connection between these two conditions might be an important one in helping us to understand how psychosis develops within the brain’s structure and impacts upon it in the long term.  Several theories have been proposed to explain the apparent connections between psychosis and epilepsy, but as yet, there has not been much consensus on how much of a risk factor epilepsy is for developing psychosis. The aims of the systematic review were to estimate the prevalence of:

They also had an aim to:

Clancy and colleagues searched four electronic databases for any studies published in English giving prevalence rates or data which would allow prevalence rates to be calculated.  It’s unclear, but as far as the elves can tell from Clancy et al’s published paper, they did not seek out unpublished studies or use the references of the papers they found from their initial searches to uncover further papers.  58 papers were used in the final analyses.

Data was then extracted and analysed using a random-effects meta-analysis, weighted by study sample size, to give effect sizes for their first four aims.  Odds ratios were also calculated.

Clancy et al found that the prevalence rates of:

When it came to specific subgroups, very few papers were available, but they did find: The number of available studies was low when analysing the risk for developing psychosis, and exploring subgroups.

Inaccuracies may have crept into the available data, not just because of the difficulty in diagnosing postictal psychosis.  Clancy et al note that some of the older studies included in the review may have used less stringent diagnostic criteria for “schizophrenia” and “psychosis” than more recent papers, possibly increasing previous estimates of prevalence rates.  This may explain why Clancy et al’s figures match or fall lower than previous studies, but does highlight a weakness of the review.  Nine of the 58 included studies were published before 1990, and 22 were from before the year 2000; which means DSM-II and ICD-8 criteria were used in some studies.

In fact, there was a lot of variation between studies in some aspects.  Some of this variation is a strength (such as the fact that not all studies came from Western sources), whilst other variation is less useful (such as the range of time periods assessed by different papers).

More importantly, however, is the fact that where there were similarities between studies, these threaten the representability of the findings.  Most studies were:

cross sectional in design (77.6%), and based on samples from tertiary referral centres (71%) and these factors may limit the interpretation of the results with respect to the general population.

This means that it is unclear how accurate the 5.6% or 7% prevalence rates are to the wider population of epilepsy patients, but Clancy et al suggest that the rates found here may be over-estimates.

The usual problem of too few studies also reared its ugly head in this review.  In attempting to analyse the prevalence of psychosis in different subgroups of epilepsy patients, Clancy et al ran into difficulties finding enough appropriate studies, particularly when exploring the influence of genetic vulnerability.  This subgroup may be of particular interest given the proposal by some that epilepsy and psychosis could share a common aetiology.  Unsurprisingly, then, Clancy et al conclude their review by calling for more family-based studies to rectify this, and suggest that future studies tighten up the diagnostic criteria of psychotic syndromes found in epilepsy.

So what have we made of this review?  Well, it seems that the risk of developing psychosis is increased 8-fold if you have epilepsy compared to if you do not. However, this result and the figure of 5.6% prevalence of psychosis in epilepsy is to be taken with a fair pinch of salt because of diagnostic variability within studies, sample unrepresentativeness and plain ole lack of available data.  It looks like Clancy et al have taken the first step but there might yet be a long way to go!