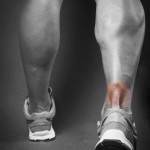 A friend of the Elf has been suffering for some time with pain in the middle of their achilles tendon and as they are usually an active person it has been affecting their function. They have been in the gym undertaking some eccentric exercises (exercises where the muscles are lengthened against a load) but wondered if their programme is most effective.

So we searched the evidence and we found a recent systematic review by Habets and van Cringel that investigated which eccentric exercise training (EET) parameters are most effective for pain and patient-reported function in patients with chronic mid-portion achilles tendinopathy (AT).

The authors used a detailed search strategy to search the following electronic databases MEDLINE, EMBASE, CINAHL and Cochrane Central Register for Controlled Trials (CENTRAL) for Randomised Controlled Trials (RCTs) and Controlled Clinical Trials (CCTs) up to February 2013. They also used reference tracking of included studies and other reviews. For adults with chronic (over 3 months) symptoms of mid-portion Achilles tendinopathy.

Traditionally, the Alfredson protocol has been used in many studies, but this review showed that other protocols may achieve similar results for pain and function. 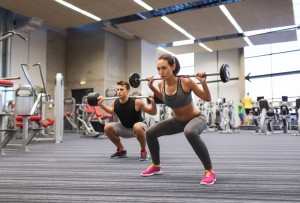 There is no conclusive evidence regarding the most effective protocol.

The Alfredson protocol is based on a small prospective study published in 1998 that reported the results of heavy-load eccentric calf muscle training in 15 recreational athletes compared with 15 people treated conservatively. They reported that in no case was the conventional treatment successful, and all patients were ultimately treated surgically. They concluded that the treatment model with heavy-load eccentric calf muscle training has a very good short-term effect on athletes in their early forties. However this study has many methodological weaknesses but the Alfredson protocol appears to be widely used in clinical practice. Therefore this systematic review sought to investigate the effects of different protocols for this patient group on pain and function.

The different outcome measures used by the studies included in this systematic review meant that meta-analysis was not possible. Several studies included in this systematic review used the VISA-A scale (Victorian Institute of Sport Assessment-Achilles Questionnaire). This is an easily self-administered questionnaire that evaluates symptoms and their effect on physical activity and has good validity and reliability.