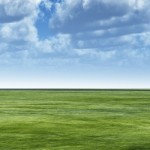 Do you know anyone who is waiting for a knee or hip joint replacement? They typically experience pain, reduced muscle strength and function. So how can they prepare for surgery? A recently published systematic review by a group of Australian authors aimed to investigate the pre-operative effects of exercise-based interventions on pain and physical function for people awaiting joint replacement surgery of the hip or knee.

They searched 4 electronic databases to July 2012 for randomized or quasi-randomized studies comparing an exercise-based intervention with a no-intervention group for people awaiting hip or knee joint replacement surgery. One of two reviewers determined that 18 studies met the inclusion criteria. They assessed the methodological quality of each study using the PEDro scale. 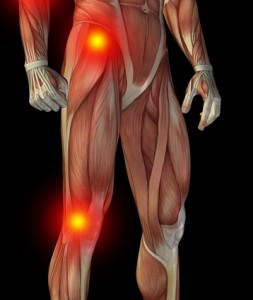 13 of the 18 studies were considered to have good methodological quality.

The participants in the included studies were typically older adults with average ages of between 60 and 80 years and most studies had more females than males. Exercises completed by the intervention groups typically included some form of
strengthening, flexibility, and aerobic exercise. Interestingly three of the five interventions for people awaiting hip replacement included pool-based exercise programmes whereas there was only one study for those awaiting knee replacement. Education was also included in most programmes.

Because the studies included in this review used different measurement tools, the authors calculated standardized mean differences. This allows the data from different outcome measures to be pooled provided that they are measuring the same domain. SMDs can be interpreted as small (.2), medium (.5), and large (.8). There was significant heterogeneity (variability) in the pooled data for pain, walking speed and strength in studies of those awaiting knee replacements.

I’m just off to check the Elves preoperative programmes for hips and knees.

PS: Don’t forget to sign up for and join the Musculoskeletal Elves Team (on the 5×50 registration website #TheMSK_Elf).

Last reply was November 29, 2012
Try out our members features!