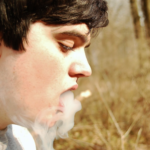 Major depressive disorder (MDD) ranks as one of the leading causes of disability in the world and yet only a minority of people receive treatment (Thornicroft 2017).

While cannabis continues to be the most popular illicit drug in many countries, its impact on mental health is still poorly understood. So when cannabis and depression collide, understanding the potential impact is important.

Cannabis has been linked to mental health for decades, but we are still trying to understand what (if anything) its impact on mental health might be. In an attempt to untangle this an Australian group have carried out a retrospective analysis of three twin cohorts (Agrawal et al, 2017).

The authors are trying to measure the strength of association between cannabis use and depression. In particular, to answer whether or not the age of onset and how often cannabis is used increases the risk of thinking about suicide? 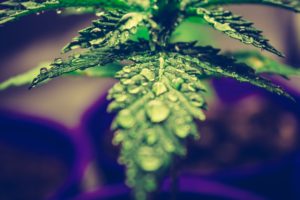 Cannabis has been linked to mental health for decades, but we are still trying to understand what (if anything) its impact on mental health might be.

It is ethically impossible to truly examine the precise nature of any link between cannabis and mental health. Instead we have to rely on observational studies to investigate whether or not cannabis use is associated with mental health.

A retrospective analysis of three cohorts was done:

The participants were assessed during a phone call using a semi-structured interview, which had a focus on alcohol dependence. Part of this assessment asked if they had ever used cannabis. If they had, they were asked at what age they first used. Early use is then defined as commencing before age 17 or 18 depending on the sample. Frequent users were defined as 100 times or more, although it’s not clear why 100 was chosen as the threshold.

This study suggests that frequent cannabis use is associated with depression and thoughts of suicide, but the nature of this increased risk remains elusive.

The sample size is large with nearly 14,000 individuals included.

Covariates such as alcohol and tobacco were adjusted for, which matters as both of these substances have been linked to depression (Fluharty, 2014; Adams, 2015).

Using twin cohorts was a clever idea, as both children will have a shared experience of the family environment and shared inherited genetics. So if one of the twins goes on to use cannabis and the other doesn’t, any mental health outcome is less likely to be attributable to early childhood. Although it clearly doesn’t rule out genes and early environment completely.

The authors discuss six limitations to their research, ranging from pre-selected cut offs such as age and frequency of cannabis use through to a more general recognition that it’s important to interpret these results cautiously.

This study looks as though it was based on data that was collected for another study. That is either efficient or data trawling, either way you can only use the data that was collected and can’t tailor the investigation to the research. For example, there are no detailed questions about quantity or type of cannabis used, only frequency and even this is quite blunt. Asking these questions is important as the potency of cannabis is thought to have increased substantially during the period the research was carried out (1992-2009).

A potential limitation is how the study was funded. The National Institute on Drug Abuse (NIDA) who provided funding have a biological focus and outlook to their view of problems associated with drug use and mental health. The authors clearly state that they conducted and reported their research independently. As the worlds largest funder, NIDA dominates addiction research, this influences policy, treatment and the information we have about the relationship between mental health and drugs. We need to be vigilant about who is funding research and how this can dominate a particular understanding. 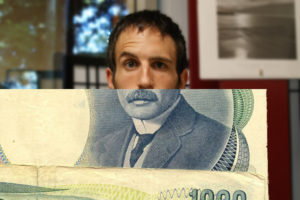 We need to remain vigilant about who is funding research.

Cannabis and depression will feature in many people’s lives, so research that tries to understand how these two aspects interact is essential. This study suggests that frequent cannabis use is associated with depression and thoughts of suicide, but the nature of this increased risk remains elusive.

What seems to unify most research into the role that cannabis plays in mental health is that there is a dose response relationship, the more you use the greater the risk of developing a problem (Hamilton 2017). This study adds to that idea, but in practice we still don’t know who in the population we should target with this public health information. If we tell everyone we will be right some of the time, by luck more than judgement, we risk losing credibility when we inevitably get it wrong for those people who use cannabis without compromising their mental health.

Across the world the policy approach to cannabis is changing rapidly as an increasing number of countries implement new regulatory approaches. This makes access to cannabis easier and an understanding of the impact that cannabis can have on mental health ever more important. Let’s hope it’s not just researchers who benefit. 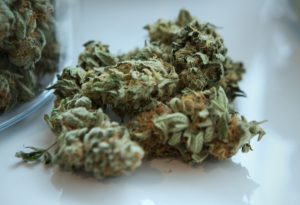 This evidence supports the dose-response relationship between cannabis and mental health.

Adams S. (2015) Depression in patients with alcohol use disorders. The Mental Elf, 5th of October 2015 https://www.nationalelfservice.net/mental-health/depression/depression-in-patients-with-alcohol-use-disorders/

Last reply was August 17, 2017
Try out our members features!