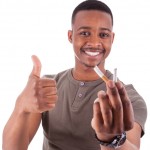 It is well known that tobacco is the leading cause of preventable death in the world (WHO, 2011). However, the associations between smoking and mental health are less well established.

Smokers often want to quit, but the belief that cigarettes can be used to regulate mood can often deter them, and this is especially true for individuals with mental health problems (Zhou et al, 2009; Thompson et al 2005). However, this is somewhat paradoxical because smoking is often associated with poor mental health (Coulthard et al, 2002). So it’s interesting to report on this new study by Taylor et al (2014) who reviewed the current literature evaluating changes in mental health in those who quit smoking compared with those who continued to smoke.

A meta-analysis was performed using a random effects model to pool the standard mean difference (SMD) between the change in mental health in quitters and continued smokers from baseline to follow-up. The SMD was used, as different scoring systems couldn’t be standardised across studies.   The mental health outcomes they measured were anxiety, depression, mixed anxiety/depression, positive affect, psychological quality of life & stress. People who quit smoking were less anxious, depressed and stressed than those who continued to smoke

48% of participants were male with a median age of 44, and on average smoked 20 cigarettes per day. The average participant scored as moderately dependent to nicotine on a dependence test.

Compared with continuing to smoke:

This review shows that quitting smoking is associated with reduced depression, anxiety and stress, and improved psychological quality of life and positive affect compared to continuing to smoke. The strength of the association was similar for all populations; both general and clinical. The authors suggest three possible interpretations of the data:

The authors hypothesise that quitting smoking improves mood is supposed by a biological mechanism caused by brain changes in the nicotinic pathways due to chronic smoking (Wang & Sun, 2005). These brain changes result in low mood (irritation, anxiety, and depressed mood) after smoking a cigarette. While an individual is actually feeling withdrawal symptoms, they are misattributed to low mood, and more cigarettes are smoked to alleviate their symptoms (Benowitz, 1995; Benowitz, 2010).

However, not all of the data supports this interpretation.  For example, a study using Mendelian randomisation- an instrumental variable approach that uses gene relating to smoking behaviour to examine health related outcomes, did not find a causal association between smoking and mental health (Bjorngaard et al 2013).

While this review displays that there are strong associations between quitting smoking and mental health, the authors recommend future studies examining this association to help strengthen causal inferences which come from observation research. The authors suggest further epidemiological studies using Mendelian randomisation, or using statistical analysis of observational data using propensity score matching to reduce the bias of confounding variables. Many people believe that quitting smoking can have adverse psychiatric effects. This high quality research suggests the opposite

Hopefully these findings will help overcome some of the current barriers within the mental health field; for example the continued belief that quitting smoking or certain pharmacological treatments can have adverse psychiatric effects.  See our recent Lee Cook et al (2013) blog, which showed that individuals with mental illness treated as outpatients were more likely to decrease and quit smoking than those in inpatient facilities.

Furthermore, the NICE guidelines on smoking cessation, which we blogged about here, recommend that all NHS hospitals and clinics should become smoke-free, as well as identifying smokers and offering behavioural and pharmacotherapy onsite. Additionally, the guidelines suggest staff should be trained on stop-smoking services and should abstain from smoking on-site themselves (NICE, 2013).

If you are looking for a quick overview of smoking and mental health, we recommend this video from the UK Centre for Tobacco and Alcohol Studies:

World Health Organization. WHO report on the global tobacco epidemic. WHO, 2011.