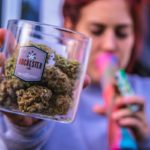 Last year, a paper by Jongsma et al. (2018) described an approximately 10-fold variation in incidence of first-episode psychosis (FEP) between Santiago, Spain and southeast London. In the Mental Health Question Time on cannabis and mental health last September, Prof. Robin Murray said that this variation could potentially be explained by new evidence included in a paper that was under review at the time. This paper has now been published: “The contribution of cannabis use to variation in the incidence of psychotic disorder across Europe (EU-GEI): a multicentre case-control study” (Di Forti et al, 2019).

Both Jongsma et al. (2018) and Di Forti (2019) used data from the EU-GEI project, which was a large, multi-national study investigating the genetic, clinical, and environmental determinants of the development, severity, and outcomes of schizophrenia. It included 17 sites across England, The Netherlands, Spain, France, Italy, and Brazil, and ran for 5 years (2010 to 2015).

Jongsma et al. 2018 found that the crude incidence of FEP was 6.3 per 100,000 person-years in Santiago and 61.4 per 100,000 person-years in southeast London. After standardisation for age, sex, and racial/ethnic minority status, incidence ratios varied from 0.29 in Santiago to 2.19 in southeast London and 2.21 in Paris. This new paper by Di Forti et al. (2019) found that daily use of high potency cannabis is much more prevalent in London than in Spain, and the authors argue that this could explain why the incidence of FEP is so much higher in London than southern Europe. 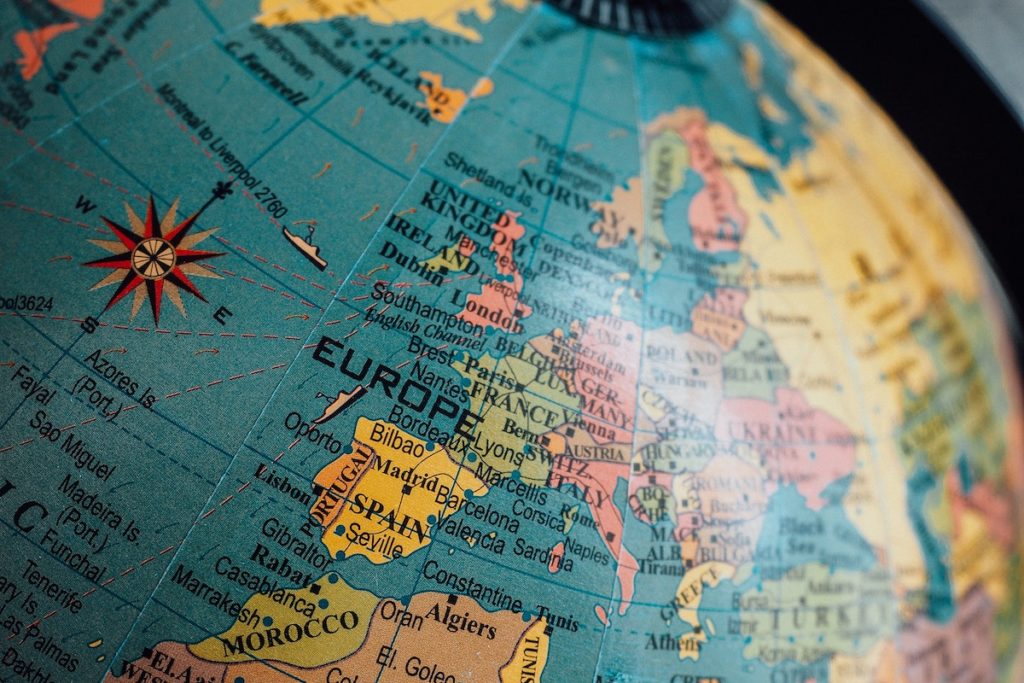 This new research suggests that the association between cannabis use and risk of psychosis varies geographically depending on prevailing patterns of cannabis use.

The authors adopted a case-control design. Service users were eligible for the EU-GEI project if they were aged between 18-64 and resident within the study areas at the time of their first presentation with an ICD-10 diagnosis of psychosis. Controls were recruited from the same catchment areas using quota sampling strategies, to ensure that they were demographically representative of each area.

Participants and controls were asked if they had ever used cannabis, and if so, about the details of their use (including information such as how often they use, how much they spend, and the name of the cannabis they use). They were also asked to complete the Cannabis Experience Questionnaire (CEQ). Using this data and data published in the European Monitoring Centre for Drugs and Drug Addiction 2016 report, supplemented by national data for each country, the authors constructed a measure of cannabis potency.

The authors performed a logistic regression analysis to estimate the effect of cannabis use on the odds of a psychotic disorder, which were adjusted for sociodemographic and other drug use (alcohol, tobacco, stimulants, novel psychoactive substances, etc.) variables. They calculated a population attributable fraction (PAF) which, if you assume causality, gives an estimate of the proportion of psychosis episodes that would have been prevented if exposure to cannabis were removed. Finally, a Pearson’s correlation was performed between the incidence rates of psychotic illness and the prevalence of daily cannabis use and high potency cannabis use in controls.

901 people with psychosis and 1,237 controls were included in the analyses. Some sites in Spain and France were excluded due to high rates of missing data or failure to recruit controls.

Controls were demographically representative of the local areas and were not matched to the group with psychosis. Consequently, there were differences between the two groups: those with psychosis were more likely not to have been in higher education, not have been employed for at least a year, to be male, to be BAME, to have used cannabis, to have been younger when they started using cannabis, and to have used tobacco and other substances.

Prevalence of daily use did not vary as much, which was on average 29.5% in the group with psychosis and 6.8% in controls. Prevalence amongst those with psychosis fell between 17-32% in most sites, with only Puy de Dome being lower (11.0%) and Amsterdam being higher (51.0%).

PAF, which assumed a causal role for increased cannabis use and use of high potency cannabis in psychosis, indicated there would likely be 12.2% fewer cases of FEP across the whole sample if no one used cannabis. Across individual sites, the estimated effect of people not using cannabis ranged from 50.3% fewer episodes of FEP in Amsterdam and 30.3% fewer in London, to 1.9% fewer in Palermo and Brazil. 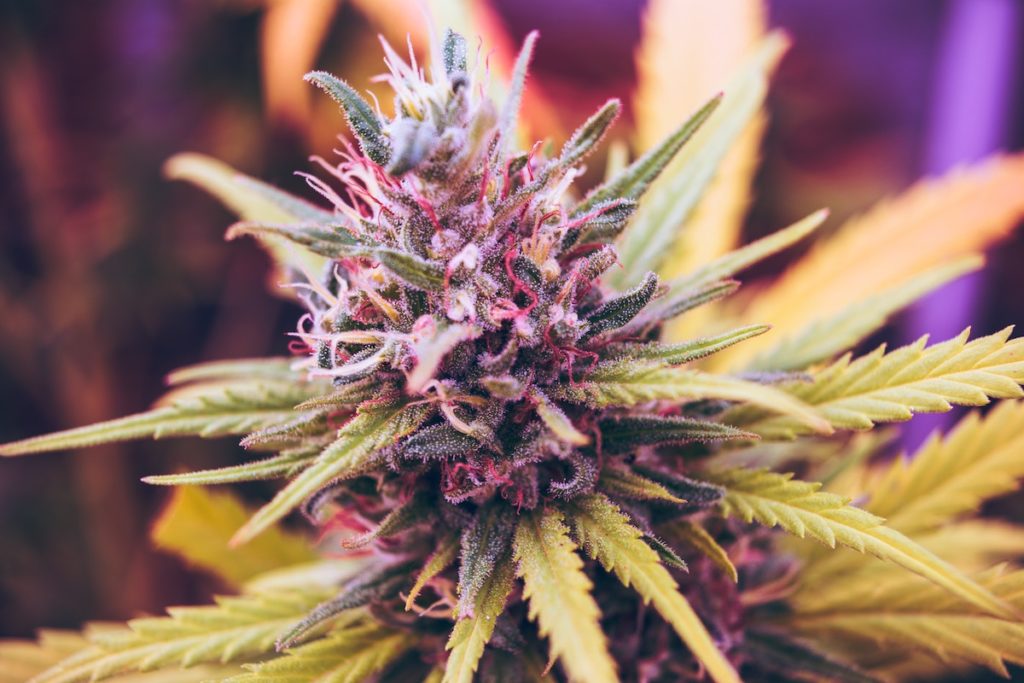 This new evidence is consistent with previous research, which suggests that the use of cannabis with a high concentration of THC has more harmful effects on mental health than does use of weaker forms.

Daily use of high potency cannabis was associated with a 4- to 5-fold increase in the risk of psychosis.

Use of high potency cannabis was most prevalent in London, Amsterdam, and Paris, and authors cite evidence that 94% of street cannabis available in London is skunk. Meanwhile, it was rare in sites in southern Europe. This, the authors suggest, could help explain why incidence of FEP (first episode psychosis) is higher in northern European cities, including London, Amsterdam, and Paris when compared with southern Europe sites.

Based on an assumption of causality, PAF (population attributable fraction) analyses estimate that there would be 50.3% fewer incidents of FEP in Amsterdam and 30.3% in London. 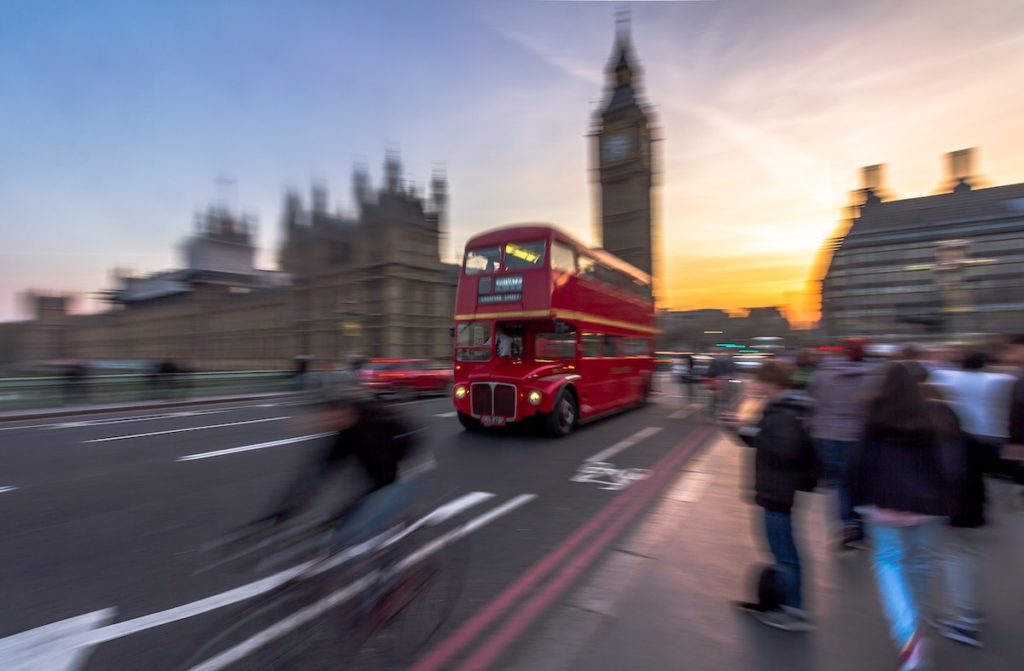 This research cites evidence from 2016 showing that in London, skunk-like cannabis (average THC of 14%) represents 94% of the street market.

Perhaps the main caveat is the assumption of causality, which underlies the authors’ hypothesis that the prevalence of high potency cannabis use can explain the higher incidence of FEP and their PAF calculations. This assumption does have solid support in the literature, especially from epidemiological studies (Gage, Hickman, & Zammit, 2016) and Human Laboratory Studies (HLS, Sherif et al., 2016). Epidemiological studies using large sample sizes and longitudinal designs have found that cannabis use at study inclusion is associated with greater risk of subsequently developing psychosis (Gage, Hickman, & Zammit, 2016). HLS, meanwhile, have demonstrated that orally or intravenously administered THC is associated with increased psychotic symptoms, in both non-psychiatric populations (e.g. Bhattacharyya et al. 2015) and groups with psychotic illness (D’Souza et al. 2005).

However, it is possible that the association between cannabis and psychosis can also be, at least partially, explained by other mechanisms, including: reverse causation, i.e. that people use cannabis and high potency cannabis because of their psychiatric illness, e.g. to self-medicate; shared risk factors, e.g. shared genetic risk or environmental risk factors, such as a history of trauma or poorer socioeconomic background (Kolliakou et al. 2011).

These alternate models have solid evidence supporting them as well and are likely to, at least partially, explain the positive association between cannabis and psychosis frequently reported in the literature. Furthermore, the exact mechanism by which cannabis increases the risk of psychosis is currently unknown. As such, while the assumption of causation is justified, it is also true that part of the association may well be due to other factors. Overall, it may well be the case that the benefit of reducing high potency cannabis use in this group would be less than suggested by the PAF analyses.

Limitations discussed by the authors include that self-reported cannabis measures were not verified by biological measures, such as urinalysis, and that the potency of the cannabis being used was not verified through laboratory analysis. Instead, the latter was estimated using previously published literature. As such, it relies heavily on the self-report of participants in the EU-GEI study and previously published evidence regarding the availability and potency of cannabis in the various study sites. 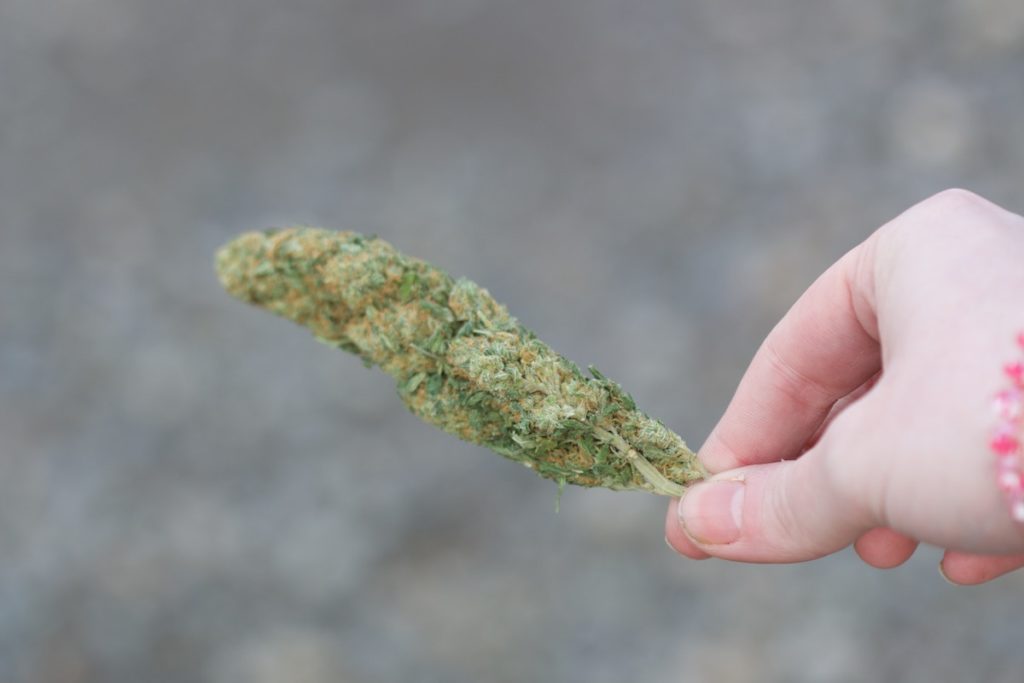 The assumption that cannabis causes psychosis is justified, but it’s also likely that part of the association may be due to other factors.

The results of this paper suggest that we could potentially reduce the incidence of FEP by reducing the availability of high potency cannabis and by supporting people to use less frequency. This is especially true amongst younger people, who are at increased risk of developing psychosis and who are more likely to be using (high potency) cannabis. Furthermore, in cities such as London and Amsterdam, we would potentially see a very substantial reduction in incidence of FEP (30.3% and 50.3% respectively) if people did not use high potency cannabis at all.

However, this hypothesis has an important caveat. As Dr. Suzi Gage says in her commentary to the paper (Gage 2019), an anomaly in this model is that while use of high potency cannabis has risen substantially over the last 50 years in England, there is no evidence that incidence of psychotic illness has seen a corresponding rise (Kirkbride et al. 2012). There are some potential (likely only partial) explanations for this, including changing diagnostic practices, such as a shift away from diagnoses like ‘schizophrenia’.

Until the exact mechanism between cannabis and psychosis is known, we do not know for certain that reducing the prevalence of high-potency cannabis would have the projected impact on the incidence of FEP. 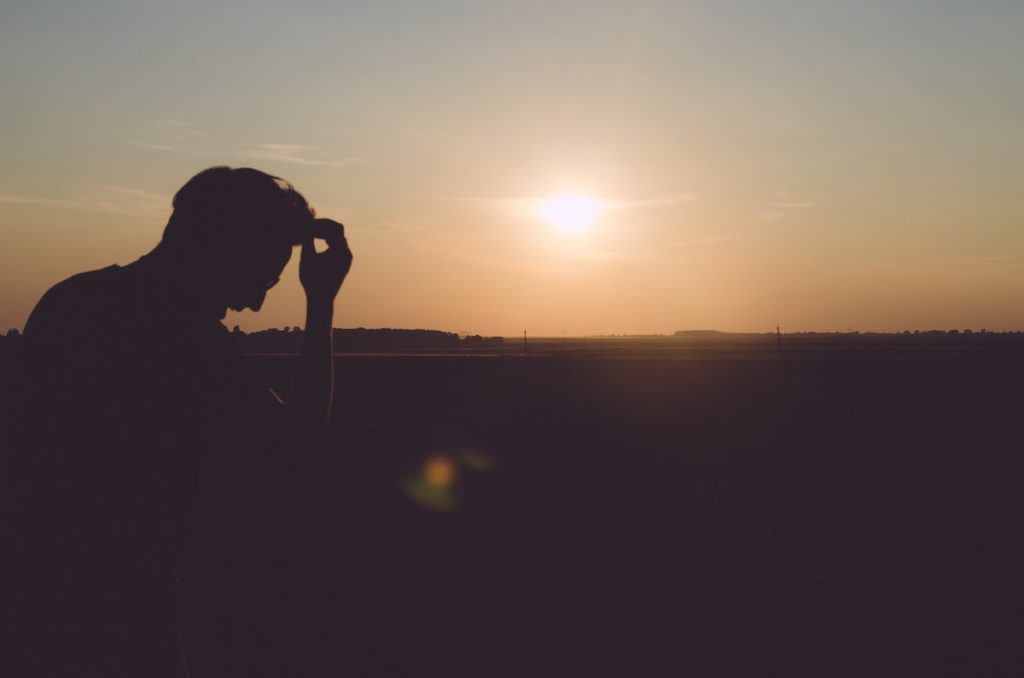 The use of high potency cannabis has risen substantially over the last 50 years in England, but there’s no evidence that incidence of psychotic illness has seen a corresponding rise.

Is the incidence of schizophrenia in South-East London really 10 times higher than in Santiago, Spain?