Home » Posts » Mental health » substance misuse » Cannabis: what do we know and what do we need to know? 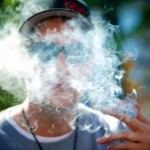 An enormous experiment is going on all over the world. Several countries are relaxing controls, allowing access to cannabis. Several US states have decriminalised recreational use of cannabis, which mirrors the less restrictive laws now found in countries like Australia, the Netherlands and Portugal.

Driving this change are an odd mix of bedfellows:

So this timely paper reviews how cannabis impacts on human behaviour (Volkow et al, 2016). The authors focus on three things that have been unclear about cannabis: 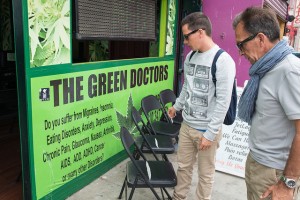 Legislative changes in many countries have made legal high street access to cannabis a real possibility for some.

The authors conducted a review of the literature, it is not clear how they did this as there are no details given.

The authors acknowledge a significant factor that isn’t always clear in the primary research cited; that there are varying ratios of tetrahydrocannabinol (THC) and cannabidiol (CBD) in the cannabis varieties that users were exposed to. The concentration of THC is estimated to have tripled over recent years while CBD’s have almost been removed. This matters as CBD’s are thought to offer some protection from developing psychotic experiences, while increased concentrations of THC may increase the risk of experiencing psychosis.

The authors highlight the complex interaction between variables such as genetics, other psychoactive drug use and potency of cannabis in exploring evidence linking cannabis and psychosis. It is the genetic and neurobiological aspects that the paper focuses on, suggesting a need to better understand how the role of specific genotypes influence the probability of a cannabis user developing psychosis.

A recent UK study which investigated the relationship between high potency cannabis and psychosis was covered by fellow Elf Eleanor Kennedy (2015).

Scientists are naturally cautious when reviewing evidence and we should be too, so be vigilant for words such as ‘could’ ‘appear’ ‘suggests’, these are used frequently in this paper and particularly when it comes to ‘cannabis amotivational syndrome’. Cannabis does affect motivation but it is not clear how much or for how long you need to be exposed to experience any significant reduction in motivation. It is also difficult to ascertain pre exposure motivation levels i.e. are less motivated individuals more likely to start using cannabis? To quote the authors:

It is impossible to unambiguously establish whether cannabis use is a cause, consequence, or correlate of altered motivation.

The authors emphasise that the evidence to date suggests young people are particularly vulnerable to developing cognitive impairment as a consequence of cannabis use. But they concede that more research is needed across the lifespan from childhood to old age to understand how cannabis use impacts on cognitive functioning. This would go some way to answering questions like how much cannabis is too much? And at what age is cannabis most harmful?

Cognitive functioning is an important component of mental health and should be considered when delivering clinical interventions. Impaired functioning might necessitate adjusting the pace of a talking therapy for example. 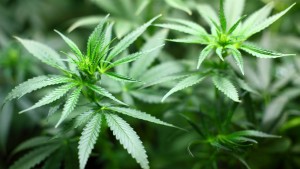 This literature review links cannabis use to psychosis, motivation and cognitive functioning, but can we rely on this neurobiological perspective?

The clear limitation of this article is there are no details about how this literature review was conducted. Although the response to each of the three questions is supported by references, it is difficult to know how extensive and selective the search was. A more thorough method would be a systematic review of the literature which would involve setting in advance a clear question the review wants to explore. Also inclusion and exclusion criteria would be established such as a period of time the review would cover, the databases to be searched etc.

It is disappointing that the authors have relied on epidemiological studies that investigated the cannabis psychosis link several years ago when use of lower potency cannabis was the norm. Including the seminal study by Andreasson (1987) to support the link between cannabis and psychosis is odd, as this research was based on an all-male sample clearly limiting its application to the female half of the population. The Andreasson study has been cited nearly a 1,000 times by other authors; a useful example of how influential a single research study can be. It is not prudent to apply research based on lower potency forms of cannabis to new higher potency varieties.

The lead author, Nora Volkow, is head of the National Institute of Drug Abuse (NIDA) in America. NIDA are responsible for funding the majority of the world’s research into substance use and addiction. Dr Volkow trained as a psychiatrist and most of her research in the field of addiction has been on brain imaging and the neurobiological aspects of substance use. This helps to explain the focus of this review which concentrates on research drawn from neurobiology.

Unfortunately this provides only a partial view of knowledge on this issue, as cannabis use and its effects are influenced by many other factors. Social determinants such as education, parenting and income are all important influences on who starts using a substance and critically who is likely to go on to develop a problem with that substance. A series of interconnected problems can occur such as under-achievement in education, unemployment, and contact with the criminal justice system for example. Viewing the relationship between cannabis use and human behaviour through the single lens of biology distorts the picture.

The authors make clear that the purpose of the review is to influence policy makers. I suspect they have thought that by presenting this group with neurobiological evidence it would appear to be ‘hard science’ when the reality of the evidence to date is ‘messy science’. 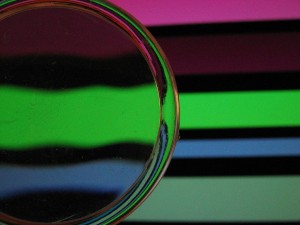 Viewing the relationship between cannabis use and human behaviour through the single lens of biology distorts the picture.

It is clear from this review that what we know is less than what we need to learn about how cannabis interacts with humans. The scale of cannabis use across the world demands that we investigate its potential for harm. But we need to be smarter with our research on this topic. A good start would be to ensure research samples reflect the population in terms of gender. Greater detail about the specific type, frequency and quantity of cannabis use is also needed to ensure the findings can be applied to people beyond the research sample.

There is only one certainty with cannabis and that is if you don’t use it you won’t develop problems like cannabis psychosis. Beyond that there are associations which increase the risk, but who specifically is at risk is difficult for anyone to predict.

Seminal research on cannabis is virtually redundant as it was based on lower potency varieties. Contemporary high potency cannabis may present a whole new set of risks and perhaps benefits. The potential for cannabis as a medicine or certainly some of its properties to be used to manage pain, treat nausea and stimulate appetite (for example) are attracting increased attention (Bifulco et al, 2015).

So the evidence isn’t definitive but if you were a policy maker you wouldn’t have the luxury of waiting for conclusive evidence. We need to provide policy makers with evidence that is provided from a range of sources and disciplines, as problematic cannabis use has an impact on many aspects of an individuals life and society as a whole. As with practice, research evidence is at its best when it encompasses a range of expertise and views. We should draw on evidence not only from biology but sociology, criminology, psychology and all the other ologies to provide a more complete view of how problems with cannabis develop and critically what we can do to prevent them happening in the first place. Given the scale of the population experiment unfolding across the world, the need for collaboration is urgent. 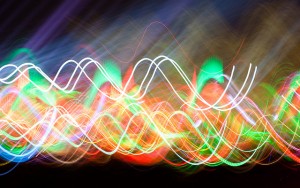 As with practice, research evidence is at its best when it encompasses a range of expertise and views. It can get messy though!