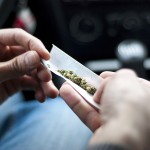 The news stories about cannabis have been coming thick and fast over recent weeks. There seems to be something of a sea change in relation to decriminalising and legalising the drug in some US states and Latin American countries. As always, when legal changes such as these are passed there are concerned voices: “But what about the children!?”

Today, the Lancet Psychiatry published a relevant meta-analysis of individual patient data and the press release contains some attention-grabbing numbers:

Individuals who are daily users of cannabis before age 17 were over 60% less likely to complete high school or obtain a degree compared to those who have never used the drug.

Daily users of cannabis during adolescence were 7 times more likely to attempt suicide, have an 18 times greater chance of cannabis dependence, and are 8 times as likely to use other illicit drugs in later life.

Well, reading this got our pointy ears a-twitchin’, so we donned our elf hats and started perusing the paper to see if the actual evidence backs up these headline-friendly statistics. 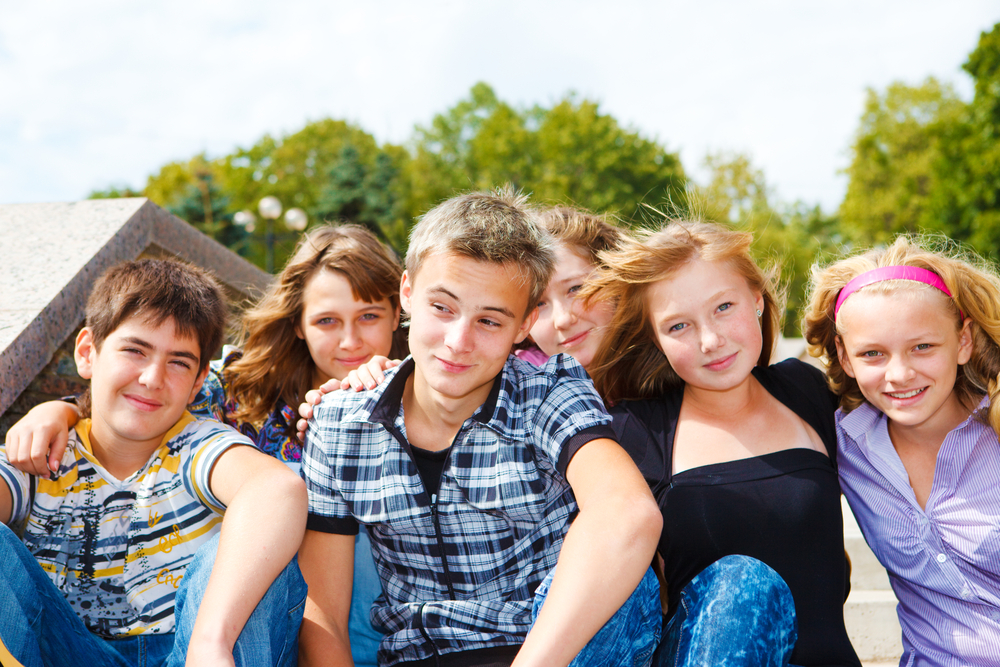 The total number of participants included in the analysis varied, depending on the outcome (2,537 to 3,765 participants).

All 3 studies investigated cannabis use in young people over many years and looked at specific outcomes up to the age of 30 years old. Drug use and outcomes were not measured consistently from one study to the next, but the authors say that: “sufficient commonalities existed to enable integration of data and development of measures that were consistent across studies”.

The different studies did not always use consistent outcome measures, so the authors developed a series of dichotomous measures, which enabled them to pool the data into an integrated dataset that combined participant-level data from the different cohorts.

They used statistical techniques to investigate the sensitivity of the results to the influence of potential confounding variables and the potential for selection bias in the study cohorts. 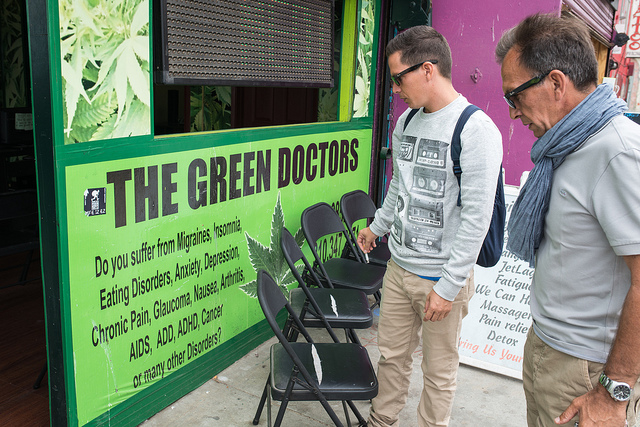 Legislative changes in many countries have made high street access to cannabis a real possibility for some. Photo: WiLPrZ CC BY-SA 2.0

The paper reports “clear and consistent associations and dose-response relations between the frequency of adolescent cannabis use and all adverse young adult outcomes”.

Compared with people who had never used cannabis, daily users before age 17 years had:

Prevention or delay of cannabis use in adolescence is likely to have broad health and social benefits. Efforts to reform cannabis legislation should be carefully assessed to ensure they reduce adolescent cannabis use and prevent potentially adverse developmental effects.

Writing in a linked Comment, Merete Nordentoft, Professor of Psychiatry at the University of Copenhagen in Denmark said:

The convincing results presented by Silins and colleagues are very valuable and highly appropriate at a time when several American states and countries in Latin America and Europe have decriminalised or legalised cannabis and allow unrestricted marketing of various formulations of the drug. Such changes in legislation will probably be followed by decreased prices and increased use, which will lead to more young people having difficulties with school completion and social and personal maturation, and will increase the risk of psychosis. 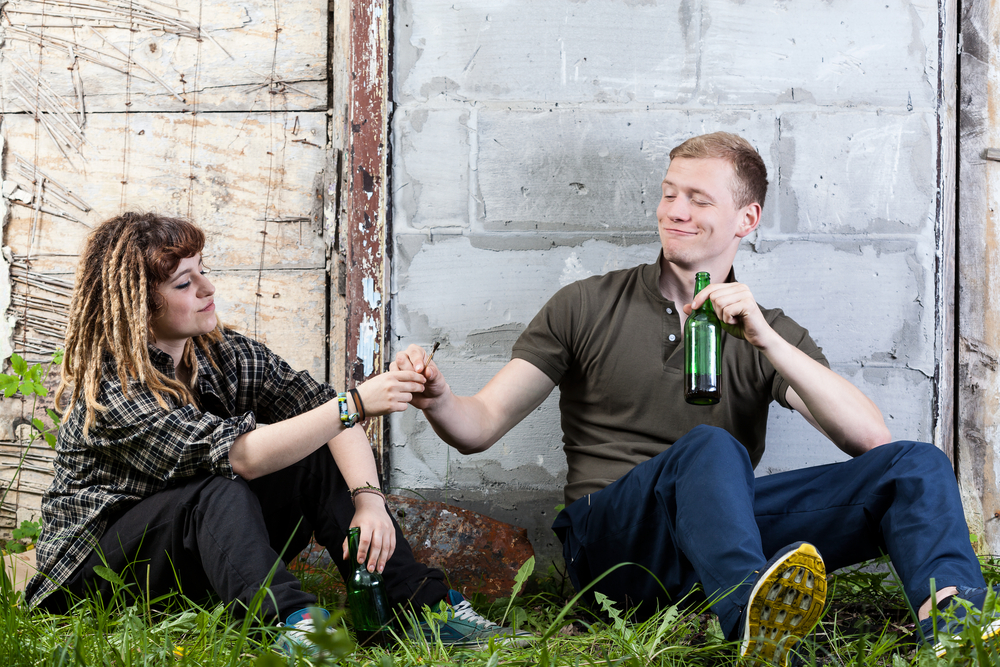 Regular cannabis use before age 17 is linked with lower high school completion and degree attainment.

There is a significant body of existing research which shows that cannabis use is associated with a variety of negative outcomes, e.g. psychotic experiences at age 18. This new study adds to our knowledge, but what can we really take away?

No-one will be surprised to hear that young people who use cannabis are more likely to become dependent on cannabis or use other illicit drugs, than individuals who do not use cannabis. That’s hardly earth-shattering evidence that should be filling press releases.

The findings relating to suicide attempts are statistically significant, but based on small numbers of participants from just 2 of the studies, so these results should be cautiously reported.

The most compelling evidence of a dose-response relationship is for cannabis use and educational outcomes. This is our main take-home message from the research: regular cannabis use before age 17 is linked with lower high school completion and degree attainment.

We look forward to seeing further studies published in this area, which establish stronger links between cannabis use and the full range of health and social outcomes. This meta-analysis is an important step forward but more evidence is needed to show that, for some outcomes, cannabis use is not simply a marker for having a tough childhood. 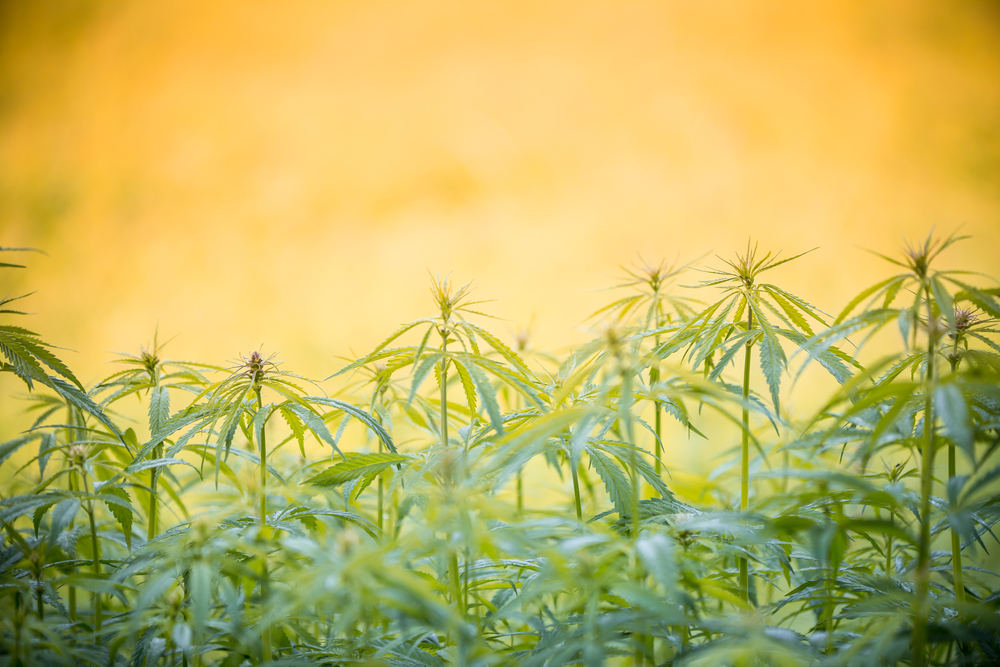 Read our other blogs about cannabis and mental health.

Last reply was February 15, 2016
Try out our members features!