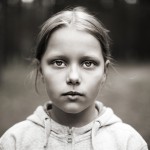 Everyone who read the extracts from Michael Schofield’s memoir, published by the Guardian on January 19th, must surely have been moved by the sometimes harrowing description of his daughter Janni who was diagnosed with child-onset schizophrenia aged just 7 years old.

Janni is an exception, as schizophrenia generally starts between the ages of 15 and 35 in the 1% of the population who have the condition over a lifetime.

Care of children and young people with psychosis and schizophrenia has been patchy in the past and there are a number of health inequalities that exist in this group. The illness is not always diagnosed early on and so effective treatments are often delayed, which can have a huge and sometimes lifelong impact on the young service user and their family.

The new NICE guideline contains a number of key priorities for implementation, including recommendations relating to:

The headline recommendations are:

There are some groups of young people who are especially prone to breaking down into a psychosis; and when they seek help, we can now say that antipsychotics should not be given to them.

Instead, CBT for the family and the individual has the greatest chance of preventing high risk young people from converting to psychosis.

We are also much clearer about the place of antipsychotics in the treatment of psychosis and schizophrenia: these drugs have quite severe side effects and need to be used with caution, especially in the young as the side effects can be especially severe. This guideline has really improved our confidence in what we should and shouldn’t do.

The guideline recommendations have been incorporated into a NICE pathway (if you’re that way inclined) and there’s the usual range of implementation tools and resources available on the NICE website for readers who want detailed documents such as Treatment manuals for CBT for children and young people with psychosis or schizophrenia.

Schofield, M. January First: A Child’s Descent Into Madness And Her Father’s Struggle To Save Her. Guardian Books, 2013.

Last reply was January 25, 2013
Try out our members features!