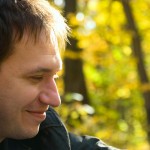 Research suggests that many people with schizophrenia or related psychoses show a striking lack of insight into their condition (Dam, 2006). Poor insight can have a negative impact on several outcomes, including general adjustment (Stefanopoulou et al., 2009), quality of life (Drake et al., 2007), social functioning (Drake et al., 2007) and rehospitalisation.

With this in mind, it seems that aiming to improve levels of insight amongst this client group would be a sensible target for treatment interventions; however insight is rarely considered as an independent outcome measure. Furthermore, some studies have found higher levels of insight to be associated with more depressive symptoms, although others find no such relationship (Lincoln et al., 2007). This is therefore an important consideration when attempting to increase a person’s insight through intervention.

Pijnenborg et al., (2013) conducted a systematic review to find out whether different treatment options can improve insight in people with psychosis. A further aim was to examine the relationship between increased insight and symptoms of depression.

To be eligible for inclusion in the analysis a study needed to be a randomised control trial, include participants with schizophrenia or another psychotic disorder, and assess insight using a specified, validated measure. Nineteen studies were included in the analysis, with a total of 3,355 patients. No publication bias was identified. Overall the results suggested that treatment interventions can increase insight in people with psychosis (d = 0.34, 95% CI = 0.12-0.57). However, chi-square analysis for heterogeneity was statistically significant, suggesting that there were considerable differences between the studies and that the pooled result should be interpreted with caution.

To investigate further the authors split the studies into subgroups based on the type of intervention, which resulted in seven categories. Meta-analyses were performed on the groups that included 3 or more studies.

Analyses were also performed on the remaining sub-groups; however the authors recommended that the effect sizes be interpreted tentatively.

With regards to the reviews secondary aim, the evidence was limited. Two trials of CBT included depression related outcomes and reported that increased insight was not associated with lower mood or with suicidal ideation. Increased insight was associated with more suicidal thoughts in one psycho-educational study, and one adherence therapy trial reported an improvement in depressive symptoms along with improved insight. The included treatments may improve insight in people with psychosis, but more research is needed

Overall, the pooled result suggests that treatment interventions can improve insight in people with psychosis over and above treatment as usual. However, there was significant variance in the nature of the studies included in the review and in their methodologies; and when the analysis was broken down the individual treatments (CBT, psycho-education, adherence therapy) had no effect on insight. Furthermore, in all categories (except CBT) there were again significant differences in the design and methodology of the studies. It may have been inappropriate to combine studies due to this methodological limitation, and the overall result should therefore be interpreted with caution.