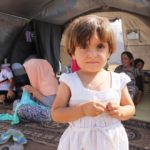 There are currently over 22 million refugees worldwide (United Nations, 2017), a disproportionate number of whom are at increased risk of mental health difficulties (Steel et al., 2009). Given that refugees are, by definition, seeking refuge due to being unsafe in their home country, it is not surprising that they are at increased risk of experiencing a traumatic event and subsequently developing Post-Traumatic Stress Disorder (PTSD).

What is less well known, is the impact this might have on the children of refugees, who account for more than half of the refugee population worldwide (Bronstein & Montgomery, 2011). A recent study in The Lancet Public Health by Richard Bryant and colleagues, investigated this. They explored whether a combination of trauma experiences and post-migration stressors (e.g. work, housing, finances etc.) would predict PTSD in refugee parents, and if this would be associated with harsh parenting style and, in turn, psychological difficulties in their children.

The authors recognised that past research in refugee populations has been limited by being cross-sectional in nature, i.e. only getting a snapshot at one point in time. They aimed, therefore, to adopt a longitudinal cohort approach by following the same sample of participants over time. 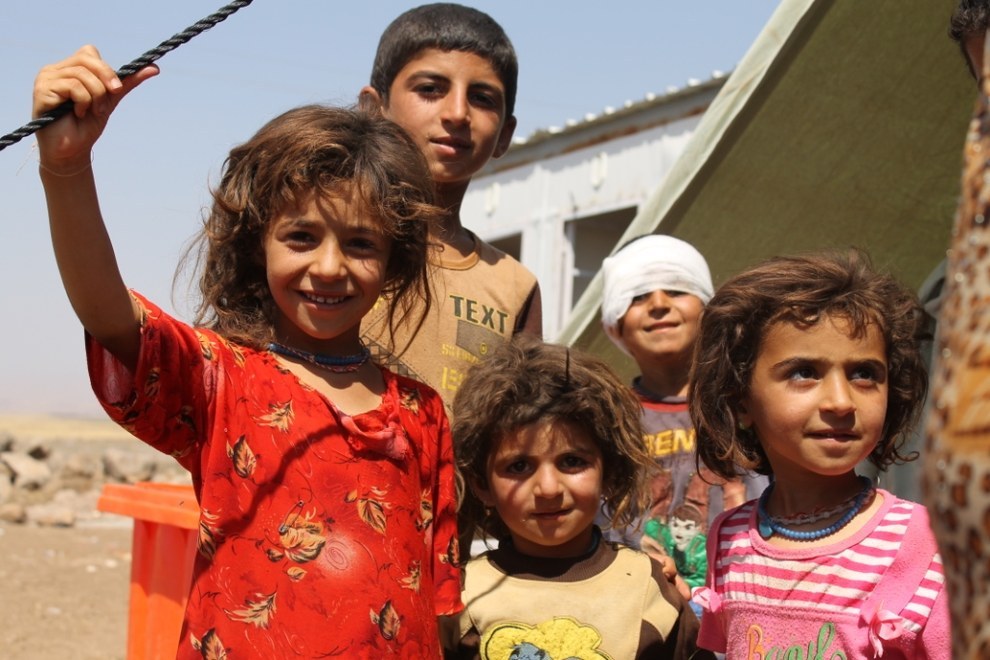 This longitudinal cohort study investigated the impact of parental PTSD on parenting style and psychological difficulties in refugee children.

Participants were sampled from a government-funded programme for refugees who had been granted permanent humanitarian visa status in Australia. Data was collected in three waves. Parents and caregivers were interviewed, answering questions about their exposure to traumatic events, post-migration stressors, PTSD symptoms, and parenting style. At wave three, parents also answered questions about their child’s psychological well-being. A complex statistical analysis was conducted, including a path analysis to determine which factors predicted poorer psychological outcomes in these children. 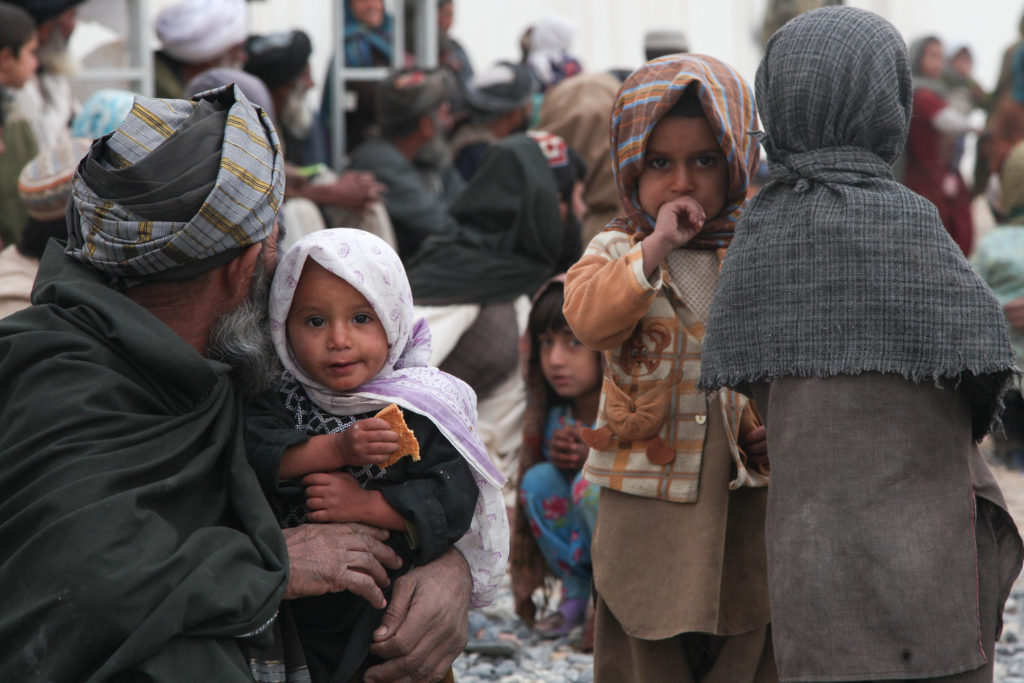 In this sample of refugees, child psychological difficulties were associated with harsh parenting style via parental PTSD.

The authors rightly stressed the importance of highlighting the mental health needs of the refugee population in Australia, which we can presumably apply to other countries too.

There are very few longitudinal studies of this nature, and this paper suggests that by addressing both the mental health needs and parenting styles of refugee parents, there could be subsequent benefits for the well-being of their children.

Before looking at specifics, it is worth noting that using any collective term for a group of people can be problematic. The conclusions from this paper focus on the refugee population. However, we don’t know whether the findings here would only apply to refugees, or whether they would apply to anyone who had PTSD and social stresses. This delineation is important because otherwise we might make false assumptions about these important findings applying only to the refugee population. Using a collective term in this way can lead to assumptions about an individual which may be unhelpful. The authors do not address this predicament in this paper.

This was a well-designed, longitudinal piece of research with a participant group that might face barriers to being recruited for research. The robust analytical process allowed the authors to make sense of quite a complex set of associations, with the findings presented clearly and concisely. Another strength of the study was its clarity of focus. The authors had a clear hypothesis based on past evidence and delivered results to answer their specific question.

Despite the advantage of having just one clear research question, there may have been missed opportunities to investigate other issues affecting this population. For example, the authors described how children were not asked about trauma histories for ethical reasons. However, it seems important to know if the children here had also experienced a trauma, as this would surely help to explain any psychological difficulties (as well as harsh parenting style). In lieu of child interviews, the parents could have been asked about their children’s trauma experiences, and this could have led to a more rounded explanation of the study’s findings.

The inclusion of post-migration stressors was useful, as it considered the challenging context in which refugee families can find themselves. I believe that this study could have gone a step further by exploring if any of these stressors were particularly related to mental health difficulties in parents and children. We know that social support for example can be a source of resilience in PTSD (Hyman et al., 2003; Schumm et al., 2006), so exploring this in this sample would have been very useful.

In terms of parenting styles, the authors acknowledged that their scope was quite narrow, as they perhaps over-simplified the parenting measure to look at just harsh versus warm parenting. There may have been other parenting factors, such as parental anxiety, contributing to psychological difficulties in children. Whilst it is a fair assumption that harsh parenting would lead to childhood difficulties, it may also be the reverse, for example, strong conduct problems in children could evoke harsh or punitive parenting.

The authors noted that the assessment of psychological well-being and parenting in diverse cultural groups is difficult. It may be that in some cultures, a ‘harsh’ parenting style (as defined by Western norms) is not unusual or problematic. If so, this might weaken the idea that intervening to change parenting styles could improve children’s well-being, as this would only work if the parent(s) believed their parenting style was problematic in the first place.

The paper includes some interesting ideas about the mechanisms of how harsh parenting might lead to childhood distress. As well as parental anxiety affecting the child’s mental health, an idea that has been well-documented (Askew & Field, 2008), the authors commented on the possible role of epigenetic changes in leaving children vulnerable to mental health difficulties. Research has investigated the ‘intergenerational transmission’ of trauma (Ancharoff et al., 1998) and the methods by which the detrimental impact of trauma can be passed down from one generation to another. We also know from the field of developmental psychology that the way in which parents relate to their children can have a profound impact on the child’s well-being by influencing their attachment style. 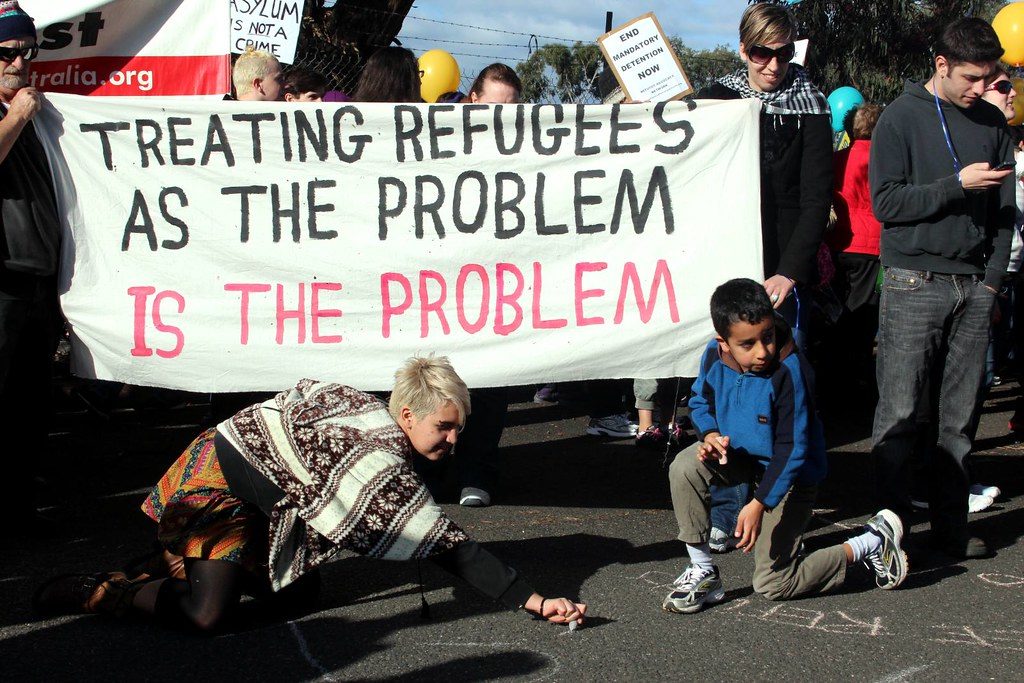 This was a well conducted study, but it could have been more ambitious and further explored how post-migration stressors were related to mental health difficulties in parents and children.

The most important issue that this paper highlights is that a large proportion of refugees suffer with PTSD, and this can have consequences for children as well as adults. What’s more, the findings showed that PTSD did not improve over time, suggesting that the psychological needs of this population need to be addressed. There are inherent challenges in doing this, be it imposing Western ideas of mental health onto individuals from cultures which may hold differing views, or increasing access to appropriate therapeutic services, or indeed the need to address other, post-migration stressors such as employment and housing, perhaps before other needs are addressed. Hopefully, research such as this will be just a small part in an international effort to help understand the needs of this potentially vulnerable population. 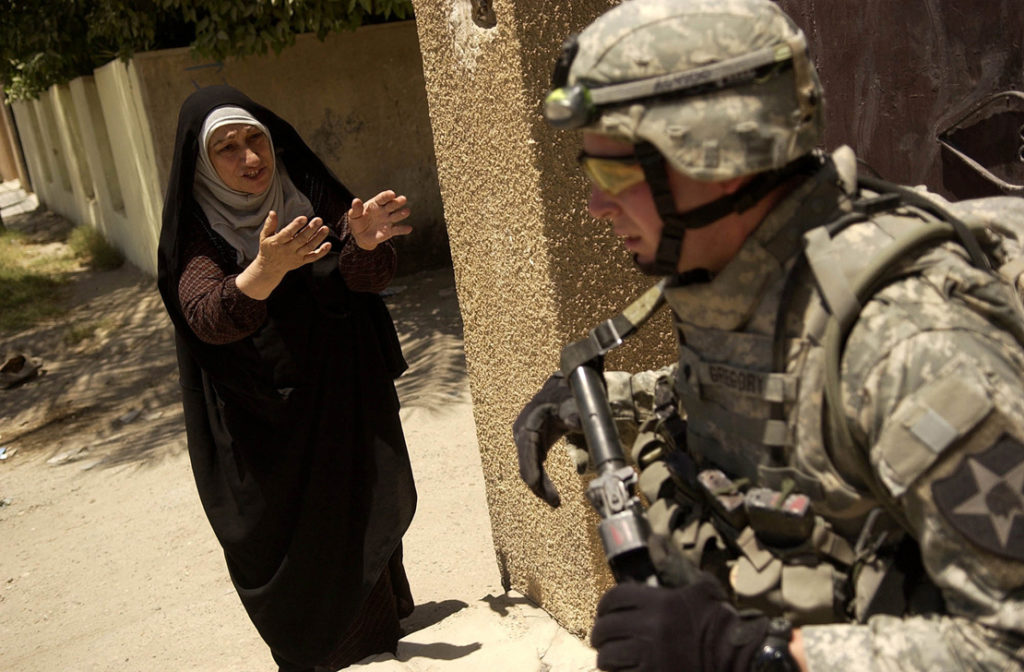 This study highlights the prevalence of PTSD in refugee populations and the potential negative impact that this can have on the mental health of children.