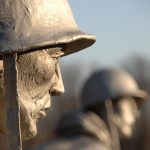 Death, Famine, War and Conquest. The four horsemen of the apocalypse have a lot to answer for. In the last few years we’ve witnessed the unimaginable pain of entire communities being displaced, as conflicts and natural disasters strike people ill-equipped to deal with them. If and when the dust settles and people start to rebuild their lives, they are sometimes faced with a clinical diagnosis of Post-Traumatic Stress Disorder (PTSD) or symptoms of post-traumatic stress.

We shun apocalyptic horsemen here in the woodland and have done for many centuries, but of course it’s not just those who experience war and become refugees who are affected by PTSD. It can happen to any of us and is in fact quite common among people who are assaulted, sexually abused, robbed or experience a serious accident.

PTSD can develop straight-away after someone experiences a disturbing event or it can happen up to many years later. It’s estimated that PTSD affects about 1 in every 3 people who have a traumatic experience, but it’s unclear why some people develop the condition and others don’t.

NICE recommends a range of psychological and drug treatments for PTSD such as trauma-focused cognitive behavioural therapy, but does not recommend computer-based psychotherapies (NICE, 2015). A recent systematic review and meta-analysis from the Netherlands may persuade the guideline developers to think again (Sijbrandij et al, 2016).

The aim of this meta-analysis was to evaluate the effectiveness of Internet-delivered Cognitive Behavioural Therapy (iCBT) compared to inactive (waitlist control or treatment-as-usual) and active other interventions in reducing PTSD symptoms. 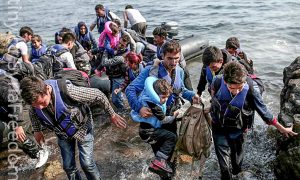 The huge number of refugees from conflicts worldwide will surely increase the incidence of PTSD.

The reviewers used the PRISMA methodology to guide their meta-analysis and report their results. Two independent raters assessed the methodological quality of the included studies, using the Cochrane Handbook methodology.

They searched a decent array of databases (Cochrane Central Register of Controlled Trials, PsychINFO, PubMed, Web of Science and Embase) and used what looks to me like a pretty sensitive set of search terms to retrieve randomised controlled trials (RCTs). They searched the reference lists of the papers they found, but did not contact experts directly (at least I don’t think they did after reading the paper).

Their inclusion criteria were:

The reviewers decided to include RCTs of patients with a clinical diagnosis of PTSD (n=5), but also those with elevated levels of PTSD symptoms based on a PTSD self-report instrument (n=9). This was because they felt that iCBT was a relatively new treatment and they would only include sufficient trials with this inclusion criteria.

The interventions were coded as being either therapist-assisted or self-help. The average number of sessions in the meta-analysis was 8 (range 6–10). They used the I² statistic to test for heterogeneity and the Egger’s test for publication bias.

Hedges’ g was used to measure the between-group effect size, comparing an iCBT intervention to control. The effect size is considered small when g = 0.20, medium when g = 0.50, and large when g = 0.80.

After removing duplicates their search returned 1,152 records, which was reduced to 51 after screening for irrelevant studies. The final number of included RCTs was 12 (14 comparisons), with a total of 1,306 participants. Nine of the studies featured therapy-assisted iCBT and the other 3 focused on self-help.

There was a broad international mix of studies from the US, Australia, China and a number of European countries, but none from the UK.

Overall, the results show that iCBT is superior to waitlist, with a trend suggesting that iCBT is more effective than active controls (e.g. psychoeducation and supportive counselling).

The effects were strongest when iCBT interventions were therapist-assisted and longer than eight sessions. This echoes what we know from other web-based psychotherapy evidence.

When comparing iCBT to waitlist, visual inspection of the funnel plot and Egger’s test (P = .34) did not indicate the presence of publication bias. 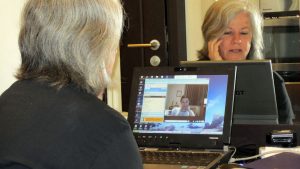 Therapist-assisted iCBT was the most effective option.

The findings of this systematic review and meta-analysis supplement understanding of Internet-delivered interventions by showing that iCBT, particularly with some component of therapist-support, is an effective treatment for individuals with PTSD symptoms. Accordingly, iCBT may be a promising alternative to traditional PTSD treatments.

This impressive review provides evidence that Internet-delivered Cognitive Behavioural Therapy (iCBT) is more effective than waiting list or treatment as usual at reducing PTSD symptoms. This is an important finding, but the question remains about how this evidence should now be used in practice.

Clearly there are existing services such as Big White Wall that offer this kind of intervention for some people, but a great deal needs to be done before therapy-assisted iCBT can be offered at scale to everyone who could potentially benefit from it.

Only half of the RCTs included in this review were published in the last 5 years, which suggests that the technologies evaluated in the review overall are quite outdated. I would like to see further work exploring how more interactive and engaging forms of online CBT can help people struggling with PTSD symptoms.

It’s another sunny day here in the woodland, but I know for you humans those four horsemen are never far away. Let’s work hard to develop safe and effective online and offline interventions for people who experience trauma, so we can help PTSD sufferers recover and go on to live fulfilling lives. 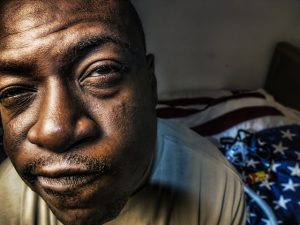 iCBT is a promising way to help people recover from PTSD.

Thank you to our #WWGS2016 colleagues!

This blog is the result of a blogging and social media workshop that I ran with my colleague Douglas Badenoch at the 2016 What Works Global Summit in London on 25th September 2016. My thanks go to Douglas and our merry band of elves from across the globe who helped critically appraise this systematic review and discuss how best to disseminate this evidence. It was a real pleasure running the workshop with input from Venezuela, Columbia, Uganda, Sweden and elsewhere!