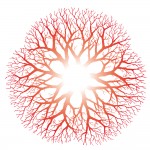 Patients with first episode psychosis often relapse after initial remission, so it is perhaps surprising that treatment guidelines for the condition are generally based on poor quality evidence.

Antipsychotic drugs are frequently discontinued, but clinicians don’t have ready access to information that shows how to determine which patients can be successfully tapered off of antipsychotic medications without relapse.

This is the first systematic review and meta-analysis to evaluate pharmacological and non-pharmacological interventions to prevent relapse in patients with first-episode psychosis. The reviewers from Spain and Australia conducted a systematic search and found 18 randomised controlled trials to include in their review:

Future trials should examine the effectiveness of placebo vs antipsychotics in combination with intensive psychosocial interventions in preventing relapse in the early course of psychosis. Further studies should identify those patients who may not need antipsychotic medication to be able to recover from psychosis.