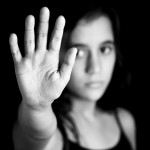 The Healthy Active Lives (HeAL) international consensus statement aims to reverse the trend of people with severe mental illness dying early by tackling risks for future physical illnesses pro-actively and much earlier. The statement is being launched today by the Royal College of Psychiatrists, at a special event focusing on achieving parity between mental and physical health.

Compared to their peers who have not experienced psychosis, young people with psychosis face a number of preventable health inequalities: The HeAL statement reflects international consensus on a set of key principles, processes and standards. It aims to combat the stigma, discrimination and prejudice that prevent young people experiencing psychosis from leading healthy active lives, and confront the perception that poor physical health is inevitable.

The HeAL group have set themselves ambitious targets. Within the next five years, they want to see that: The evidence is now clear – weight gain, cardiovascular risk and metabolic disturbance commonly appear early in the course of emerging psychosis and are potentially modifiable. As clinicians, if we dismiss these disturbances as being of secondary concern to controlling their psychiatric symptoms, we may be inadvertently condoning a first critical step on a path towards physical health inequalities for these young people. This vulnerable group urgently need a far more holistic and preventive approach.

A person’s physical and mental health influence one another: deficiency in the care of one can lead to serious problems with the other. Having worked with vulnerable children and families for more than 30 years, I’m delighted to see the HeAL initiative tackling the physical health problems experienced by young people with psychosis, and ensuring both their mental and physical health are given equal attention.

 The HeAL statement says that young people experiencing a first episode of psychosis have a number of rights: Young people with psychosis deserve better according to the HeAL statement