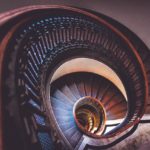 We’ve known for some time, through twin, family and adoption studies, that a good proportion of the variation in risk of most psychiatric disorders is due to genetic influences. However, until recently, identifying the specific nature of those influences has remained elusive. From the mid-1990s the technology has existed to examine individual genetic variants at a molecular level, to determine whether they predict risk of a specific disorder.

However, until the mid-2000s this technology was expensive, meaning that only a small number of variants could be tested at any one time. Researchers had to select “candidate” genes, on the basis of known or presumed neurobiology, and interrogate variants within these. Unfortunately, this candidate gene literature produced highly unreliable findings – very few reported associations could be robustly replicated.

This was for a number of reasons – the genetic effect sizes were much smaller than many had anticipated, and the sample sizes used (typically involving only a few hundred participants) were far too small. Also, as it turned out, what we considered “known or presumed neurobiology” was not a good guide to whether specific genes were important for any given disorder.

What changed was the advent of genome-wide association studies, which enabled the cost-effective interrogation of the whole genome. Early studies could test 500,000 genetic variants, and now it is possible to test several million. This approach is not without its limitations – it only allows us to examine common (rather than rare) genetic variants, and only a certain kind of variant (i.e., single nucleotide polymorphisms, or SNPs).

In the last decade it has therefore become possible to interrogate the genome directly with increasing resolution and completeness. This approach has been transformative, producing results far more robust than those generated by candidate gene studies. One key lesson was the need for a global community effort in genome-wide association studies, because the required sample sizes (in the tens of thousands) are far beyond the reach of any single group.

The Psychiatric Genomics Consortium (PGC) is the largest consortium in the history of psychiatry. After several years of activity, Sullivan and colleagues have provided an update on the progress of the PGC, and an agenda for the future.

The PGC is the largest consortium in the history of psychiatry.

Common or rare, large or small?

Elucidating of the genetic architecture of different psychiatric disorders has been a major goal of the PGC. How many susceptibility or protective variants are there? What are their frequencies and effect sizes? How do they exert their effects?

The answer, it is now clear, is that common psychiatric disorders have a substantial common variant contribution. There is also a variable contribution of rare variation of larger effect – this tends to be greater for early-onset severe disorders and lesser for disorders with normal-range developmental trajectories and adult onset.

That is, while there may be rare variants that exert large effects (and much recent interest has focused on these), common variants, despite being associated with much smaller effects individually, have a substantial aggregate contribution exactly because they are common.

The fact that genetic influences represent the combination of multiple tiny effects actually protects us against one of the most common fears about where genetics research might lead – eugenics. These small effects mean that eugenics makes no biological sense (as well as no ethical sense), because these tiny effects will be repeatedly shuffled over generations in ways that prevent their manipulation.

This shuffling over generations, as the American biologist Raymond Pearl said, can:

be relied on … to produce in the future, as it has in the past, Shakespeares, Lincolns, and Pasteurs, from socially and economically humble origins. 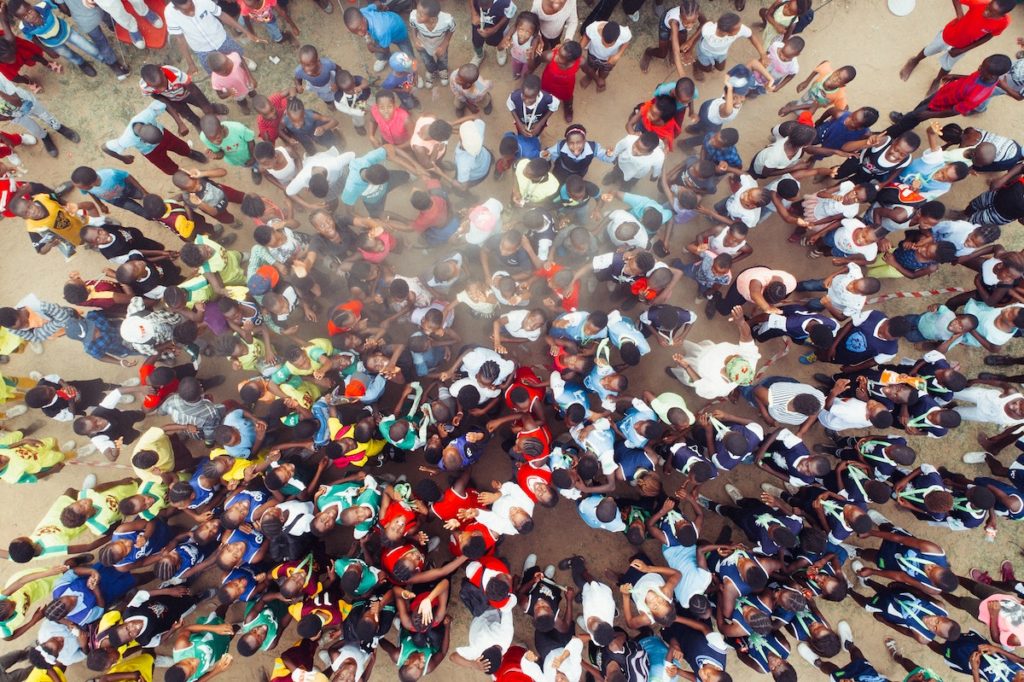 It’s also important to consider what we mean when we say that we have found a genetic variant associated with a particular disorder. There is no such thing as a “gene for” schizophrenia… For example, the immediate relatives of people with schizophrenia have increased risk not only for schizophrenia but for a range of other conditions, including bipolar disorder, major depressive disorder, and autism.

In other words, genetic influences capture the molecular hand we are dealt at birth, but exactly how these individual differences in our underlying biology play out will depend on a number of different factors. So genetic influences are not fixed – they will both influence and be influenced by our environment.

As Kallmann stated in 1946, a genetic theory of schizophrenia (or any other psychiatric disorder) is “equally compatible with the psychiatric concept that schizophrenia can be prevented as well as cured”. We now know that genetic effects are not only relatively small but also non-deterministic, and operate in complex ways.

Genetic influences also only capture a proportion of risk for an outcome, which only makes sense when we’re talking about a population. People will lie somewhere along a continuum of genetic risk (with most somewhere in the middle), and even those lying at one end of the distribution will not have a guaranteed outcome.

So, genetic research does not imply determinism, but is rather an attempt to understand the underlying biology of different psychiatric disorders. 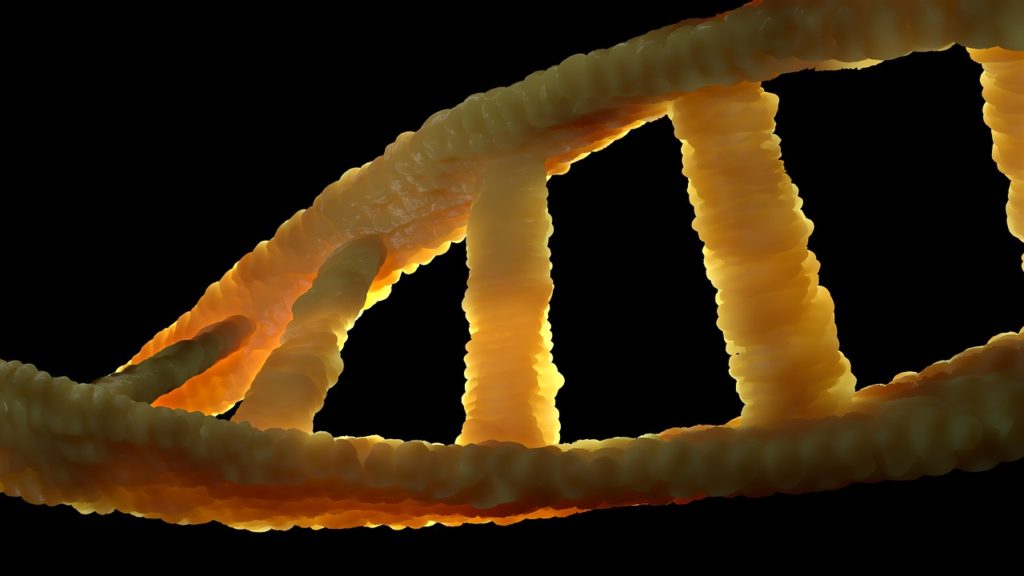 Genetic research does not imply determinism, but is rather an attempt to understand the underlying biology of different psychiatric disorders.

To date the PGC has published 24 main articles and 51 secondary articles. This has included a number of groundbreaking studies, including the identification of 108 genetic loci associated with schizophrenia risk. Psychiatric disorders are proving just as tractable to genetic dissection as other diseases and traits such as height and body mass index.

But has the effort involved in these large-scale studies been worthwhile? Many have criticised the focus on a single methodology, at the expense of other approaches. On the other hand, the need for international consortia to achieve the sample sizes required means that genome-wide association studies have led the way in fostering team science, data sharing, and reproducibility.

Moreover, as well as the biological insights provided by genome-wide association studies, this approach is providing a better understanding of the role of environmental factors. Mendelian randomization is a technique that uses genetic variants associated with an exposure of interest (e.g., smoking) as proxies for that exposure, to examine whether it causally influences a range of outcomes.

This approach has suggested some intriguing possibilities, including that smoking may be a causal risk factor for schizophrenia, and that some of the observed association between cannabis use and schizophrenia risk may be due to people with a high genetic risk of schizophrenia being more likely to use cannabis. Genetic studies can tell us as much about modifiable risk factors as about biology. It’s surprising that the review by Sullivan and colleagues largely overlooks this. 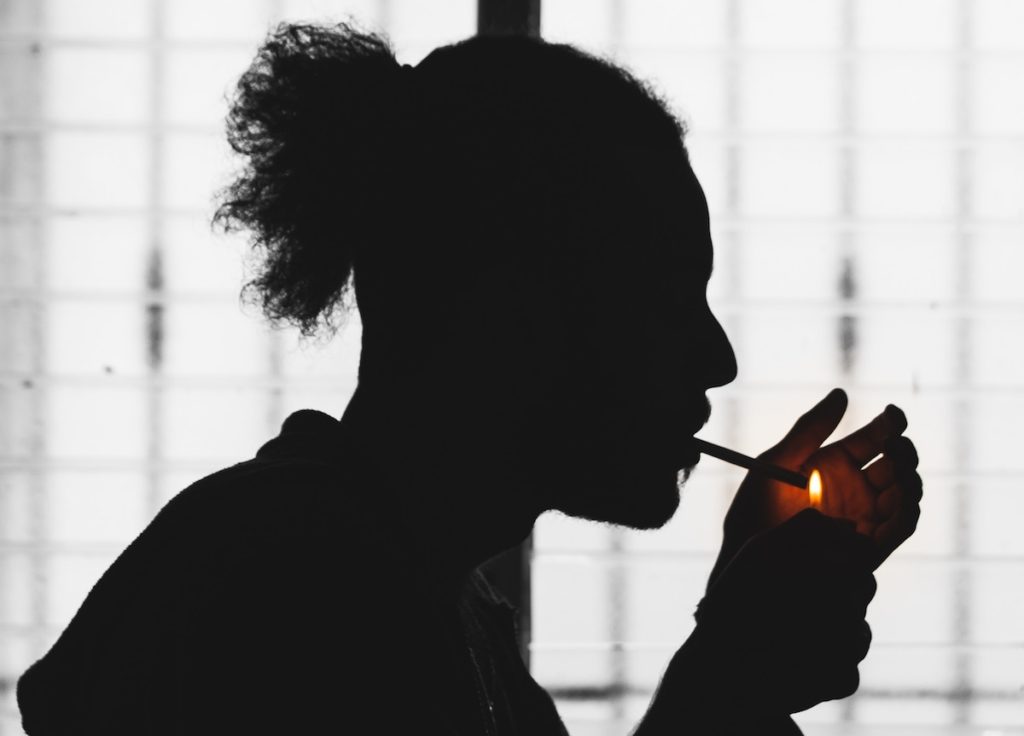 Genetic studies can tell us as much about modifiable risk factors as about biology.

Genome-wide association studies are only one approach to understanding the aetiology of psychiatric disorders, and not without limitations, but they have been remarkably successful over the last ten years. International consortia such as the PGC have been central to this, and these consortia will continue to grow and evolve, to increase their power to detect an ever-larger number of genetic variants, as well as explore the role of rare variants and other forms of genetic variation.

In this context, Sullivan and colleagues rightly celebrate the efforts of the PGC, and look forward to generating biologically, clinically and therapeutically meaningful insights, including the identification of “druggable” targets. Future work will include the investigation of more detailed phenotypes (rather than simple case versus control comparisons). But the success of the PGC, as the largest and most systematic psychiatric genomics effort to date, is already established.