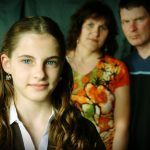 Anorexia nervosa has a death rate that is one of the highest of any clinically defined mental illness. In a recent meta-analysis (a review bringing together the results of lots of studies) the standardised mortality rate (ratio of observed deaths in a population compared to the expected deaths in the overall population) was 5.86 for people with anorexia nervosa (Arcelus et al, 2011).

Given that the median age of onset of anorexia nervosa is 12 to 13 years, this seems like the sort of thing you’d want to do something about. Or given that it’s an illness associated with suffering as well as a high mortality rate. There are currently lots of givens, but not enough effective treatment.

Current evidence seems to indicate that families can play a role in supporting successful treatment outcomes for adolescents with anorexia nervosa. It is not known whether this is through providing valuable support or by addressing any causes of anorexia that are potentially rooted in family interactions. Regardless of its mechanism of action, there have been few randomised controlled trials for treatments for adolescents with anorexia nervosa. The majority of the clinical trials that do exist demonstrate that involving family members in treatment often supports more favourable outcomes than treatments with no family involvement.

The family that does therapy together, helps one member of that family achieve positive health outcomes together, although that family may have been the cause of the original problems, it’s difficult to say sometimes. This probably won’t catch on as a saying. 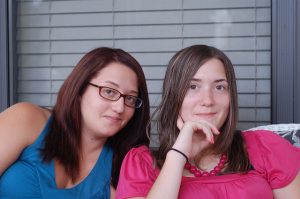 Current evidence seems to indicate that families can play a role in supporting successful treatment outcomes for adolescents with anorexia nervosa.

Family-based treatment proceeds through several phases of treatment, including weight-restoration, returning control over eating to the adolescent and establishing healthy identity for the adolescent; all with involvement of the adolescent’s family. It has been shown to obtain average rates of symptom remission of 34% at the end of treatment, 40% at 12-month follow-up and 33% at 4-year follow-up (Forsberg & Lock, 2015).

Remission here is defined as a Body Mass Index at least 95% of average (median) and an Eating Disorder Examination Global score within one standard deviation of community norms. The Eating Disorder Examination is a standardised interview intended to determine the severity of an eating disorder. This isn’t a list that’s getting shorter though. There are quite a few ways of scoring various mental illnesses and it’s important to standardise these elaborate ways of asking people, “how are you?”.

Additional studies have shown these rates of remission achieved by family-based treatment can be increased to above 50% by adding three sessions of parent counselling sessions. In the parent-focused treatment model, in a display of imaginative naming convention, it is primarily the parents of adolescents with anorexia nervosa who are the focus of treatment. The clinician works only with the parents during treatment sessions, while a nurse provides support to their child (in this setting an adolescent with anorexia nervosa), monitoring their mental and medical condition.

The family that does therapy separately, helps one member of that family achieve positive health outcomes separately, although that family may have been the cause of the original problems, it’s difficult to say sometimes. This probably won’t catch on as a saying. 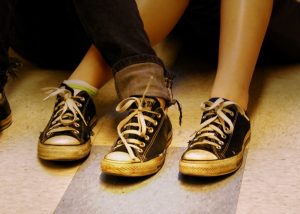 Each treatment comprised 18 outpatient sessions over the course of 6 months. Individuals were considered to have completed a treatment if they attended at least 9 sessions i.e. 50%. It’s a good job the treatment wasn’t an antibiotic.

The study took place as part of a specialist paediatric eating disorders programme within a tertiary public hospital. All people who presented to the specialist clinic during the recruitment period (July 2010 to July 2014) were assessed for their eligibility to be included in the study.

Adolescents with medical instability (as defined by the American Academy of Pediatrics), current psychotic disorder or alcohol dependence, acute suicidality, a physical condition that influenced eating or weight, previous family-based treatment for anorexia nervosa or been receiving a psychotropic medication for less than 8 weeks could not be included in the study. That might be too complicated.

Interviews with the adolescents and parents were completed at baseline (start of the study), at the end of treatment, and at 6 and 12 months after treatment. Questionnaires were completed twice a week for the first 3 months of treatment and at each interview assessment.

The main outcome of interest (the primary outcome) was remission of anorexia nervosa. This was defined as a Body Mass Index at least 95% of average (median) and an Eating Disorder Examination Global Score within one standard deviation of community norms.

There was no significant difference between the two therapy groups for remission at 6-month or 12-month follow-up.

There was no significant difference between the two therapy groups for any of the secondary outcome measures. 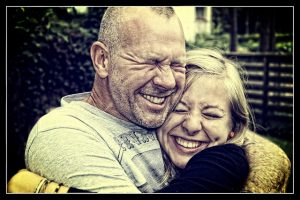 Remission was significantly higher for parent-focused therapy compared with family-based therapy at the end of the treatment period.

At the end of the treatment period, parent-focused therapy was more effective than family-based therapy in bringing about remission of anorexia nervosa symptoms in adolescents. However, these differences were not statistically significant at follow-up.

The authors noted several advantages of this study, including a relatively large study population, the inclusion of therapists who were specifically trained in family-based interventions, the use of independent assessors to examine treatment outcomes and a relatively low study drop-out rate.

To be honest, the mere existence of this trial is an advantage. The current study is now only the seventh RCT to examine family interventions for adolescents with anorexia nervosa. Given that there is a lack of effective treatment for adolescents with anorexia nervosa, the presence of large, well-designed trials demonstrating that some treatments can work is very much needed.

The authors also noted several potential limitations, including the loss of follow-up data by 12 months and the fact that this study took place in a specialist setting, which may limit the application of any findings to more general treatment settings. On a more mathematical note, the authors also noted that the exploratory analysis of potential moderators of treatment outcome did not adjust for multiple comparisons. This would mean that they were more likely to incorrectly find that something was a potential moderator of treatment outcome. As such, these results should be treated with caution, i.e. not really believed.

In addition, the rates of remission weren’t that great, although they may be the best that can currently be achieved. For parent-focused therapy, 43% of people achieved remission at the end of therapy, 39% at 6-months follow-up and 37% 12 months follow-up. This is slightly worse than finding out that tails is a form of treatment, and flipping a coin for every patient. More work is evidently needed to improve the effectiveness of parent-focused and family-based treatments. This may be through combining it with other treatments. After all, an original finding for family-based treatment was that remission rates were improved to over 50% with the ADDITION of parental counselling.

Finally, it’s probably a semantic argument, but parent-focused treatment appears to be moving the focus away from the person with the problem, the adolescent with anorexia nervosa. If this method is shown to work and helps the affected adolescents regain a healthy weight and improve their thoughts around eating, then fine. However, there does seem to be a slight shift in power with parent-focused treatment that should be considered. 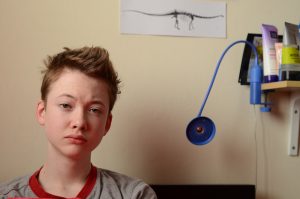 For adolescents with anorexia nervosa, parent-focused treatment appears to be more efficient than family-based treatment in improving weight and symptoms over a 6 month period. However, there is no difference between the treatments 6 and 12 months later. More effective treatments are needed, and if it works, we must remember that at the centre of it all is a young person who cannot and should not be ignored.

Won’t somebody please think of the “children”? This probably won’t catch on as a saying.