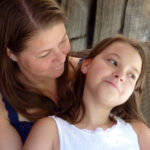 In England, family therapy is recommended in the NICE guidelines as a therapeutic approach for anorexia. This study was carried out in Australia, and concerns a manualised family therapy aptly named Family-Based Therapy (FBT) (Lock & Le Grange, 2013). FBT is a 20-session therapy that starts by placing the responsibility for food and meals firmly with the parents, and then builds on the family’s reactions to this change through exploration of family communication and relationships.

Given the mortality rates associated with anorexia and the recognised potential for untreated childhood anorexia to lead to lifetime suffering, research on treatment approaches for adolescent eating disorders is to be welcomed, a point made by David Steele in this parent-focused treatment blog in 2016. His blog excellently identifies some of the problems with an RCT suggesting that family therapies may be less successful than parent-focused therapies for adolescents with anorexia, including the use of weight as a marker for ‘success’. Indeed, in my own blog here last month, I reviewed a paper discussing the limitations of weight as a stand-alone criterion for recovery, remission or relapse in eating disorders, a point that will also be relevant in reviewing this paper.

In this recent study (Wallis et al, 2017), the authors draw on the research background around attachment and anorexia, which logically underpins the idea of FBT. Anorexia, anxiety and attachment all serve as three parts of a vicious cycle in the family home, with problematic communication connecting all three parts. The authors position their study as one that will look at the impact of treatment on family relationships, in the light of previous research showing that successful anorexia therapies of various types have resulted in more openness and concordance between family members.

The point of this study was to examine not only the degree of impact of a 20 session course of FBT for families with a ‘good outcome’, but to understand the processes behind the achievement of a good outcome. A good outcome was thought to be achieved if the adolescent with anorexia had reached 85% or more of estimated body weight at the end of therapy and had maintained this weight after 12 months. 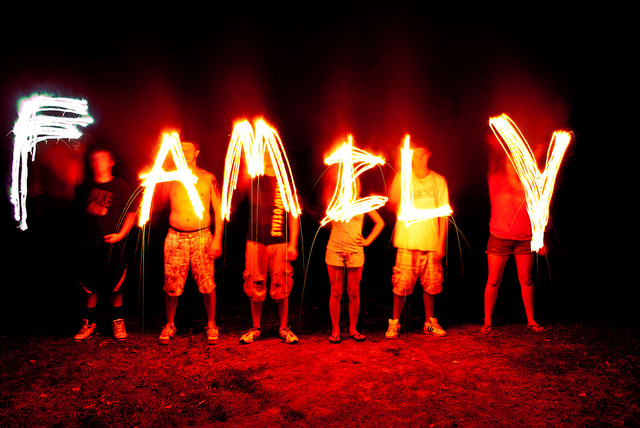 Anorexia, anxiety and attachment all serve as three parts of a vicious cycle in the family home, with problematic communication connecting all three parts.

This was an interview based study using an adapted grounded theory approach, reflecting the authors’ existing knowledge and beliefs on FBT. The authors are open about their positivity towards FBT.

All of the 16 adolescents taking part in the study had completed inpatient treatment for anorexia immediately prior to commencing FBT. Families were selected for having had successful outcomes from FBT. Parents and adolescents were interviewed separately. Interviews covered experiences of therapy, relationships across the course of therapy, and the meaning of treatment to the individual.

The authors provide a table quantifying the individual family units’ journeys through therapy, including the number of sessions and the adolescent’s expected body weight percentages and Eating Disorder Examination scores at several stages of therapy.

Analysis of the interviews resulted in a coding framework structured by time categories: before inpatient treatment, during FBT, and after treatment. These categories would not seem like natural themes for individuals to suggest, which is slightly unusual for a grounded theory approach.

Some of the sub-themes felt confused or mis-titled, in terms of the examples given within them. For example, it is not clear how the authors differentiate ‘disconnection’ from ‘isolation’ in the two sub-themes under Before Inpatient Treatment, or why, in the way it is presented, Treatment Systems as Backup is a sub-theme under During FBT (even though it makes sense logically).

What seemed to emerge from the analysis was a sense of relationship repair and the development of trust, containment, empathy and security – all elements of secure attachment. For parents, their adolescent’s experiences with anorexia had robbed them of confidence, which they regained through the treatment, whilst adolescents went from feeling distressed and needing to isolate themselves, to feeling closer and more secure with their parents.

Whilst the word limit of the paper was likely out of the hands of the authors, presenting a grounded theory study with over 30 participants in such a short space is unlikely to feel satisfactory, and it certainly makes it difficult to evaluate the quality of the analysis. 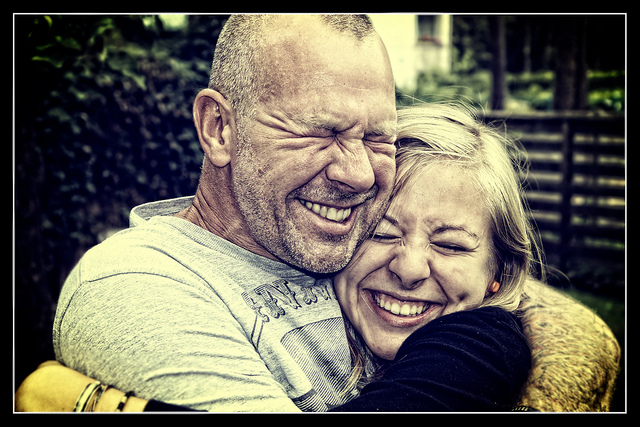 This study focuses on relationship repair and the development of trust, containment, empathy and security – all elements of secure attachment.

The authors discuss their model of relational containment as the overarching outcome of the analysis. In this model, FBT is seen as providing a container for parental anxiety, which enables parents to develop more confidence in managing their adolescent’s anorexia, whilst getting more in tune with their adolescent. From this, the adolescent is believed to become more open, more trusting and more secure in the family, and to develop a sense of empathy for their parents. Better communication and less resistance from adolescents to parents were outcomes that facilitated progress against anorexia.

Whilst this model feels intuitively logical, it is really difficult to see from the evidence presented how the model was derived from the data. Again, this may be an unfortunate outcome of the word limit, but it does raise questions as to how deductive or inductive the research process was in practice, and how influential the authors’ (admitted) positive biases towards FBT were in the end.

This open, exploratory study into the experiences of both adolescents and parents after FBT for anorexia is to be welcomed, giving voice to the experts on the treatment experience. However, the findings are limited by the lack of information from individuals who did not experience a good outcome or from those who experienced some benefits but some limitations of FBT. Without these voices, it is difficult to know how well the proposed model of relational containment reflects the reality of the FBT process.

In terms of study design, one big problem is that participants were asked to reflect on the state of their family relationships before inpatient treatment, and thus it is not possible to work out what benefits were derived from the inpatient treatment as opposed to the FBT. Furthermore, given the empowering nature of this research, it seems odd that validity checking of the transcripts was done by non-participants; I would have been pleased to see a participant panel involved within the research practice.

I am slightly concerned about a potential desire to please on the part of participants, knowing that they had had a ‘successful outcome’. One cannot imagine the relief and gratitude families may feel after such distress and fear had been alleviated. Given that many participants voiced feelings of being incapable of resolving matters before therapy, there is the potential for accounts to over-emphasise the role of the therapist.

The criteria for a ‘good outcome’ was for the adolescent to have reached 85% of their estimated body weight (EBW) at session 20. Beyond the problem of understanding how this worked given the range of treatment lengths from 10-63 sessions, there are substantial problems with defining anorexia recovery by EBW. This point links to my blog last month about the need for having defined criteria for relapse, recovery and remission in anorexia, without which similar problems will persist in the research literature.

On a surface level, this paper could be taken as consolidating evidence for family-based approaches in the treatment of anorexia. However, the lack of detail, quality assessment or specificity makes it difficult to do so. It is unusual to wish for a longer research paper, but this seems like a case where more words would have been better. 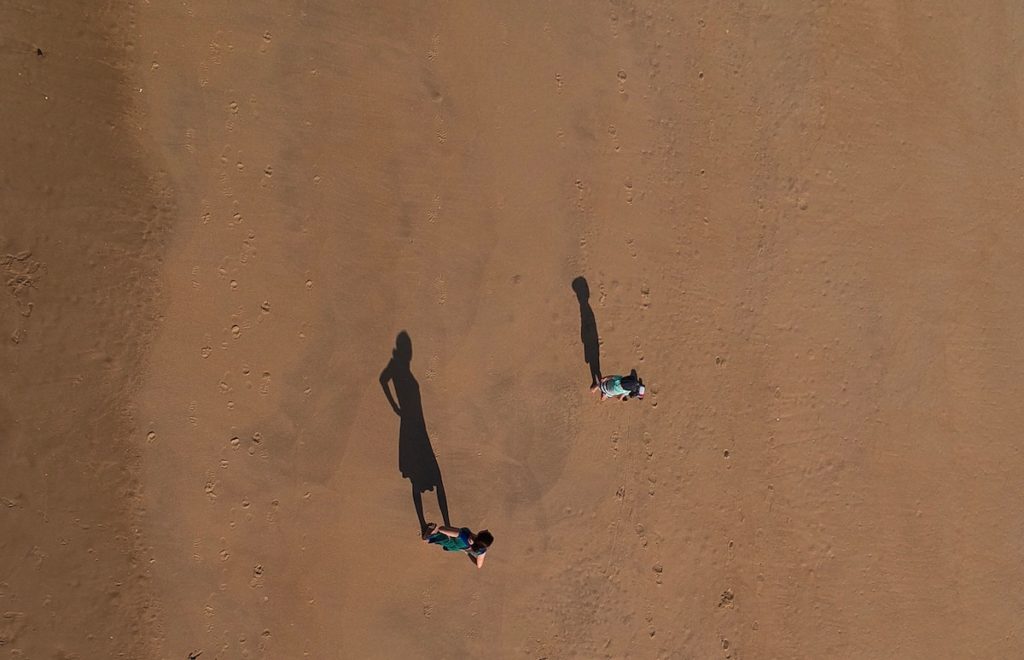 A lack of detail means that we cannot use this new research as consolidating evidence for family-based approaches in the treatment of anorexia.