Home » Posts » Mental health » depression » What kind of exercise is best for depression? New Cochrane review says we need more trials before we can be sure 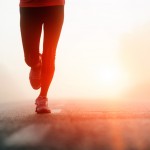 Some mental health interventions feel intuitively right.  Exercise for depression is a great example.  Of course, people suffering from low mood, poor motivation, lethargy and all of the other symptoms of depression will benefit from a jog around the park and some fresh air, right?

The logical explanation for how this might help is fairly clear as we know that exercise changes our hormone levels, so presumably this would have a positive impact on people with depression, not to mention the distraction that an hour in the gym would no doubt bring to someone who finds himself/herself in a pattern of negative thinking. Surely it must help, right?

The thing is, the history of evidence-based medicine is littered with examples of treatments that felt intuitively right, indeed ones that had significant amounts of evidence supporting their use, which turned out to be useless, or in extreme cases even harmful. Perhaps the best case in recent years is the drug Vioxx, which was prescribed for pain associated with osteoarthritis. It turned out that Vioxx caused cardiovascular events in over 30,000 people, but we did not discover this until high quality randomised trials were conducted that explained what was happening. Now, I’m not for a second suggesting that exercise is killing people with depression, but there does seem to be a groundswell of feeling from health professionals, service users and caregivers that it’s a ‘good thing’ and potentially a replacement for the antidepressants and talking treatments that are widely used in this population. However, we need high quality trials before we can show that exercise is as effective at reducing depressive symptoms as drugs and psychotherapies. Furthermore, we need research that investigates what types of exercise are best for different people with different mental health conditions.

Thankfully, the Cochrane Depression, Anxiety and Neurosis Group have updated their 2010 systematic review that looks at this exact subject. They’ve found a whole heap of new evidence that they have combined into a meta-analysis to provide the most bang up to date answer to our questions. Their 2010 review concluded (somewhat disappointingly) that:

Exercise can reduce symptoms of depression, but the effect was small and did not seem to last after participants stopped exercising.

The reviewers conducted the usual reliable Cochrane search, looking for randomised controlled trials of adults that compared exercise with standard treatment, antidepressants, psychotherapy, placebo or no treatment. They excluded trials of postnatal depression.

Two independent reviewers extracted primary and secondary outcomes data at the end of the trial and the end of follow-up (if available).

Altogether, they reviewed the results of 39 trials involving 2,326 people diagnosed with depression. The severity of patients’ symptoms was assessed using standard scales of depression.

This systematic review is an update of a Cochrane review published in 2012 (we blogged about it here). The new review included 7 new trials in the qualitative and quantitative (meta-analysis) synthesis. Should we be recommending exercise more readily to the 120 million people worldwide who suffer from depression?

One of the lead authors, Gillian Mead, concluded:

Our review suggested that exercise might have a moderate effect on depression. We can’t tell from currently available evidence which kinds of exercise regimes are most effective or whether the benefits continue after a patient stops their exercise programme.

When we looked only at those trials that we considered to be high quality, the effect of exercise on depression was small and not statistically significant. The evidence base would be strengthened by further large-scale, high quality studies. The evidence-base for exercise is growing year on year

So this new Cochrane review updates our knowledge about exercise and depression, but it still does not answer the main questions that we have about this intervention in this population. More large RCTs are needed before we can recommend exercise as a replacement for standard depression treatment and more detailed investigations are required so that we can better understand what types of exercise are likely to have the most benefit for different people with depression.

Many would argue that we shouldn’t be thinking about exercise as a replacement for standard treatments such as antidepressants or psychotherapy, but that it should be recommended as an add-on for patients who are willing and able. Indeed, this is very much the thrust of existing guidance.

Exercise is defined by the American College of Sports Medicine as the “planned, structured and repetitive bodily movement done to improve or maintain one or more components of physical fitness”.  The most recent NICE depression guideline recommends structured, supervised exercise programmes, 3 times a week (45 minutes to one hour) over 10 to 14 weeks, as a low-intensity intervention for mild to moderate depression (NICE, 2009).

The overall quality of the evidence included in this new review was mixed. There were multiple sources of bias in many of the included trials; randomisation was adequately concealed in 14 studies, 15 used intention-to-treat analyses and 12 used blinded outcome assessors.

It’s not straightforward to conduct research in this area. It’s hard to conceal which patients have been allocated to treatment groups, and which have been allocated to control or no treatment groups. It’s obviously hard to blind the patients and therapists to the intervention they are receiving (there’s no sugar pill equivalent for exercise). Some studies use participant self-report rating scales as a method for post-intervention analysis, but this also has the potential to bias ﬁndings.

Previous Mental Elf blogs on exercise and depression include: