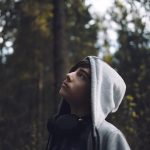 Have you seen MQ’s We Swear campaign pledging to improve young people’s mental health in the UK? Alongside Theresa May’s recent ‘shared society’ speech, there’s currently a lot of attention on adolescent mental health. It’s about time as, shockingly, 75% of those with a mental health condition start developing it before the age of 18.

Mental health problems are very common in adolescence, affecting about 10% of young people (Green et al, 2005). If these young people don’t get the right support, they’re at a much higher risk of developing more severe problems later in life (Fergusson et al, 2002). Despite this, adolescents are less likely than adults to use mental health services.

The difference between the number of adolescents with mental health problems and the number receiving treatment is called the treatment gap. Clearly this gap is concerning, but just how big is it? And what impact does it have on the future lives of our young people?

This recent study published in The Lancet Psychiatry tested whether use of mental health services at age 14 reduced depressive symptoms at age 17 (Neufeld et al, 2017). 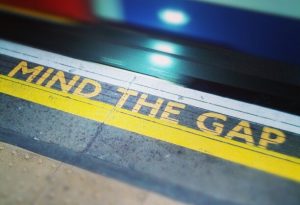 Just how large is the treatment gap for adolescents?

This study used data from ROOTS, a cohort of adolescents from 18 secondary schools in Cambridgeshire (n=1,238). Data was collected at three time-points:

At time 1, researchers clinically assessed whether adolescents had a current mental disorder. At all time-points, adolescents completed the Mood and Feelings Questionnaire (MFQ), a measure of depressive symptoms. Adolescents and their parents or guardians were also asked whether the adolescent had received assessment or treatment for a mental health problem in the past year.

The authors categorised adolescents as:

To find out whether accessing services was associated with subsequent depression, they used two types of regression model. The first meant they could include data from all time-points and account for drop-outs whilst testing change in MFQ scores after service use.

The second model attempted to account for differences between those who did and did not access services. As participants were not randomised, factors affecting whether they accessed services in the first place may have differed between the groups. Confounders were balanced across the groups, adjusting for variables that may have affected whether adolescents accessed services. This tested whether service use was associated with depression three years later (scoring above a cut-off on the MFQ).

In this cohort, 11% had a psychiatric disorder but only 5% had used mental health services. At age 14, just 38% of those with a disorder had contacted services in the past year. The first model showed that, for those with a psychiatric disorder, contact with mental health services aged 14 reduced depressive symptoms at age 17 to the same level as those who had no disorder aged 14.

The second model supported this finding. The odds of having depression aged 17 were a huge 7 times higher for adolescents who did not use mental health services than those who did use services aged 14, even though they were similarly depressed to start with. 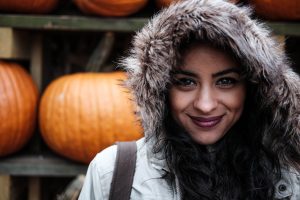 Using services reduced the odds of being depressed 3 years later.

As the authors explain, this is the first study to show that use of services improves later mental health whilst also accounting for non-randomisation and drop-out rates. Previous findings have been mixed, with some studies showing no positive impact of mental health services on future wellbeing and others suggesting they may be useful. In this study, mental health services seem to be so beneficial that, 3 years later, service users who had a disorder show similar levels of depression to those who didn’t have a disorder to start with.

We should point out that once all users of mental health services were included (regardless of whether they had a psychiatric disorder), these findings were non-significant. This emphasises the importance of assessing adolescents’ need for services. It suggests that training referrers (e.g. teachers) could increase the positive impact of mental health services by helping them provide treatment only to those who need it and will benefit most. 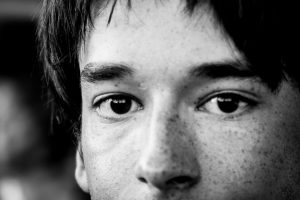 One limitation is the definition of service use, which included a broad range of services in different settings with any number of appointments. It could be any aspect of these services that is helpful, from problem-solving to medication. Additionally, data for this study was collected between 2005 and 2010. NHS spending on CAMHS in the UK has fallen by £41 million since 2010 (O’Brien et al., 2015). As this study was conducted before these cuts, the conclusions may be different now. We need further research to understand more about which services are best and for whom in adolescence.

Although the study tried to account for differences between adolescents using and not using services, they could only use confounders they measured. For example, they adjusted for ethnicity and diagnosis, but not early childhood abuse which could affect whether young people use services (Burns et al., 2004). So, this is not as robust as a randomised controlled trial where everyone has an equal chance of receiving an intervention.

Despite only recruiting participants from one county in the UK (Cambridgeshire), which is arguably not very representative, this study did ask adolescents from 18 different schools to take part. These adolescents varied in background, sociodemographic factors, diagnosis, and treatment type. This cohort study provides evidence, with a large effect size, that use of mental health services improves later outcomes for adolescents with psychiatric disorders. 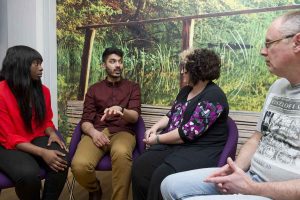 This is a really important study in a field that’s receiving increasing attention. Clearly it is only one study, so isn’t enough to make policy recommendations, but it does provide food for thought. It suggests that we need closer links between schools and CAMHS, with training for teachers on referral to services. Theresa May’s ‘shared society’ speech announced more Mental Health First Aid Training in schools, addressing exactly what this study suggests could be useful. 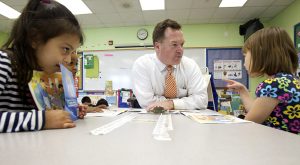 Training referrers could increase the positive impact of mental health services, but do we have the capacity to match demand?

Last reply was February 20, 2019
Try out our members features!