Information from family members, and carers can be used to assist in health and medical assessments for people with intellectual disability. Carer reports about a person’s health and well-being are particularly important, especially if the individual has difficulty in expressing how they are feeling or describing any symptoms they may have. This includes when a person may be experiencing depression. Information from carers may differ though to what the individual may be feeling and thinking.

Comprehensive information from a range of sources will assist in obtaining effective treatment, as an area of difficulty for doctors is treating people with intellectual disability and behavioural or psychiatric conditions (Phillips, Morrison & Davis, 2004).

In a recent study by Mileviclute and Hartley (2015), information about a person’s symptoms of depression were explored. The authors had two aims: 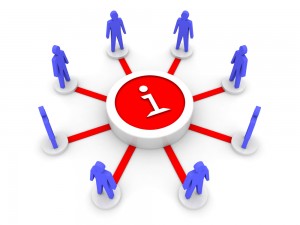 Information from a range of sources can help diagnosis

For the second aim, the authors used a statistical test called regression analysis to find out if there was an association between socio-demographics and the depressive symptom categories.

Mileviciute and Hartley (2015) found that: 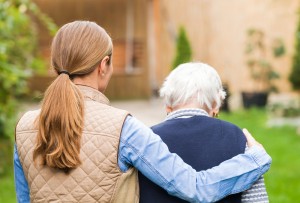 Carers tended to focus on external signs rather than internal ones

Mileviciute and Hartley’s study provides valuable insight into the differences between staff reports of depression, versus self-reports by people with intellectual disability.

Staff were more likely to focus on somatic symptoms rather than the other more internalised symptoms. This is of course understandable.

However, what this study highlights is the vital importance of asking people with disability about their feelings and emotions, as there were differences between what individuals said about themselves, compared to what carers said.

There were some limitations with this study, some of which were acknowledged by the authors and others which weren’t. The authors acknowledged that all of the participants who were diagnosed with depression were currently taking anti-depressant medications. This may have influenced both the self-reporting of symptoms as well as the observed symptoms by carers.

However, not acknowledged were problems with the use of questionnaires to elicit such information. There is some research evidence to suggest that acquiescence is a frequent problem when people with an intellectual disability complete questionnaires – there is a tendency to provide what they think is the ‘right’ answer (Finlay & Lyons, 2001).

Another limitation was the way in which the authors determined if participants with intellectual disability were able to reliably use a three-point Likert scale on a questionnaire. Participant’s ability was assessed in two ways:

The authors only assessed individuals’ capabilities to use a Likert scale using very basic and concrete concepts.They did not assess individuals’ ability to recognise different emotional states, or their understanding of these, or the various concepts they were asked about.

Complex concepts were included in the questionnaires, such as: avoidance, self-defeat, decision making processes, etc. Presumably for some people with an intellectual disability, these concepts may have been difficult to grasp.

Including self-reports of depressive symptoms in the treatment of depression for people with intellectual disability offers valuable insight, and can aid in diagnosis and treatment. However, the use of questionnaires to elicit information may be less than ideal.

Information regarding a person’s depressive symptoms can be obtained in a variety of ways, so as to minimise the likelihood of acquiescence and to obtain a more holistic picture. Interviews or supportive meetings can also be used. 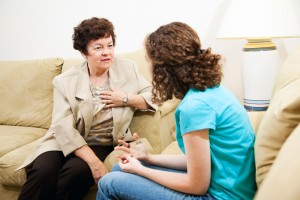