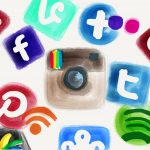 Thirty-eight million adults (76%) in the UK access the internet every day (Ofcom, 2015). An Australian review found that on average, internet users aged 16 and over spend over 20 hours online each week and more than seven in ten have a social networking profile (Collin et al, 2011).

It has been estimated that the average person has offline close friendship networks consisting of between ten to 20 individuals, a wider network of 150 social relationships (Dunbar, 1993), but an average number of online ‘friends’ of 338 (Pew Research Center, 2015). In theory, social networking sites such as Facebook have been developed to enable and encourage communication and interaction between users.

Technology and social networking has undoubtedly changed the way we live our life, however debate continues if this change has been for better or worse? Numerous papers, reviews and blogs have debated the impact of social media on our mental health, and the potential uses of social media in suicide prevention and depression interventions, however the jury is still out on whether social media is harmful or positive to our mental health.

Some recent developments are aiming to build the evidence on this and identify the key priorities for digital mental health research. One of these developments is e-MEN, this is a 3 year EU funded bid which the Mental Health Foundation are involved with, which is aiming to improve quality and reach and develop new testing methods for current digital mental health provision. It acknowledges that one of the issues is addressing the unmet needs of people using e-mental health technologies and aims to tackle this.

With so many angles to take on this debate, the 2016 systematic review related to social networking sites and depression and anxiety by Seabrook, Kern and Rickard in the JMIR Mental Health journal provides an in-depth analysis of what the evidence says on this potentially thorny debate.

Studies conducted between January 2005 and June 2016 were included in the search, with restrictions to papers in English.

Web-based services that allow individuals to:

Articles were only included if they addressed anxiety or depression, with papers referring to common mental health disorders or distress being excluded.

From the 5,707 abstracts extracted from the search. After initial screening 302 papers were reviewed, with 70 papers selected for inclusion in the narrative synthesis. These were grouped into a number of key themes:

The paper was highly ambitious to provide a synthesis of such a high number of papers into key theme areas, covering both the positive and negative attributions between Social Networking Sites and mental health. Of the 70 papers reviewed, only 15 of these included both the positive and negative aspects of Social Networking Sites. 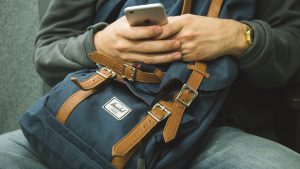 A key strength to this paper is the comprehensive search strategy used and the balanced perspective that the authors could give to the topic at hand. By moving the synthesis beyond the good and bad argument, new perspectives in the field related to moderating aspects of these associations could be considered.

A limitation of the study can be seen in the lack of focus in the research questions which leaves the focus of the paper too wide to ascertain a single conclusion or key finding. As a practitioner or researcher there is no clear guidance as to what impact this paper has in real life, and appears too broad to apply knowledge to practice. There are also concerns about the quality of the results; as a reader it is difficult to ascertain the quality of the papers included and the meaning that these results have beyond the narrative. There is a lack of discussion around outcome measures or quantifying of the associations being discussed in the conclusions. 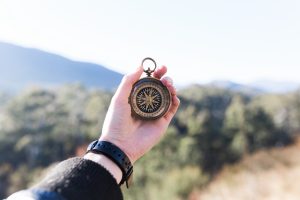 This interesting study opens up lots of new directions for further research, but it tells us very little that can be applied in practice.

The findings of this paper are vast and varying, reflecting the wider debate related to Social Networking use. The mixed findings represent the complexity related to this issue, with no single one size fits all answer to our questions around whether Social Networking Sites are our friend or foe.

Indeed, the paper helps to highlight that online technologies can be used to reach the most vulnerable and help to address the issue of stigma in treatment seeking and engagement, with Social Networking providing a:

novel, unobtrusive, real-time way to observe and leverage mental health and well-being information in a natural setting, with the ultimate potential to positively influence mental health.

What the authors do however add is that there is a potential pitfall that must be examined is that “SNS’s may encourage and perpetuate maladaptive tendencies” of mental health problems such as depression and anxiety, e.g. withdrawal and social avoidance.

There are many potential uses of online technologies to help address mental health where traditional methods have been unable to, therefore understanding these interactions and harnessing them is a way forward as well as a way out of the debate of whether Social Networking Sites are our friend or foe. In order to create and realise this change, a first of its kind EU-wide platform for e-mental health innovation and implementation will be formed by private and public partners in North West Europe. Project partners are key stakeholders in the field of e-mental health and have a broad EU network to help develop and progress the conversation of e-mental health. More information can be found here.

One thing that can be concluded from this debate is that Social Networking Sites and the application of online technologies is not going away, therefore practitioners and researchers are positioned to examine how we can use these in positive ways to ascertain the benefits and positives. Whether we agree or disagree with the use of these applications in the world of mental health, we must acknowledge and harness them; be that to understand the how patients can or want to use Social Networking Sites and online technologies as part of their treatment and care, or to understand how their internet use may be maintaining or impacting on a mental health problem. 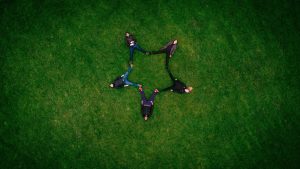 When it comes to mental health, social networking sites can be your friend, but you have to treat them right.

Both authors work with the Mental Health Foundation who are involved in the development and implementation of the e-MEN project noted in the blog.