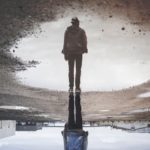 Twin studies attribute around 40% of the variation in risk of major depressive disorder (MDD) to additive genetic effects, and this genetic influence may be greater for recurrent, early-onset and postpartum depression. However, our understanding of the specific genetic variants involved in MDD has been limited to date.

There are a number of reasons why identifying genetic variants associated with MDD might be particularly difficult. It is a complex disease probably influenced by multiple genetic variants of very small effect (as is true for most complex behavioural phenotypes, including psychiatric disorders). It has become clear in recent years that very large sample sizes are necessary in GWAS of these phenotypes.

Genome-wide association studies (GWAS) of MDD have so far had limited success in identifying specific genetic variants, but have suggested that an adequately large study should succeed. A new study attempted to address this by conducting the largest GWAS of MDD so far (Wray et al, 2017). 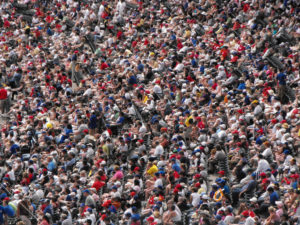 Very large sample sizes are necessary for GWAS studies of depression and other mental disorders to bring back reliable results.

Data from 29 different individual samples were combined that applied standard methods for assessing MDD (e.g., direct interview using a structured diagnostic interview). In addition to this “anchor” cohort, 6 “expanded” cohorts that used alternative methods to assess MDD (e.g., self-report) were identified. In all cases the cohorts focused on clinically-significant MDD.

A GWAS of 9.6 million imputed single-nucleotide polymorphisms (SNPs) was conducted across the 7 cohorts, containing a total of 130,664 MDD cases and 330,470 controls. The SNP-based heritability was estimated to be ~9%, around a quarter of the total heritability indicated by twin and family studies.

The combined results indicated 44 independent genetic loci associated with MDD with genome-wide significance (P<5×10-8); these were statistically independent of other signals, supported by multiple SNPs, and showed consistent evidence of association across cohorts. Of these, 30 were novel and 14 identified in previous GWAS of MDD or depressive symptoms.

The genes implicated by the loci identified provide some preliminary clues to the biology of MDD. For example, 2 of the most strongly associated SNPs are located in or near OLFM4 and NERG1, previously associated with obesity and body mass index. Another 6 loci are shared with the 108 loci identified for schizophrenia, and implicate the major histocompatibility complex, which is novel for MDD.

The authors also conducted gene set analyses that compared the GWAS results to the targets of antidepressant medications defined by pharmacological studies. They found that 42 sets of genes encoding proteins that are the target of antidepressant medications had smaller MDD association P-values than would be expected by chance, connecting these genomic findings to known therapeutics.

Mendelian randomisation analyses, which use genetic information to identify potential causal pathways, were used to further explore specific genetic correlations. These were consistent with causal effects of body mass index and years of education on depression risk, with the former increasing risk and the latter decreasing risk. 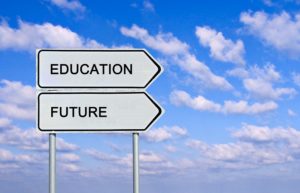 These results were consistent with causal effects of body mass index and years of education on depression risk, with the former increasing risk and the latter decreasing risk.

This study is the largest GWAS of MDD to date and, consistent with GWAS of other psychiatric phenotypes, has identified a larger number of genetic variants associated with the condition as sample size has increased. The inclusion of gene set, genetic correlation and Mendelian randomisation analyses adds another important dimension to this study.

The genetic correlations reported, and in particular the results of the Mendelian randomisation analyses are also interesting. For example, identifying body mass index and years of education as risk and protective factors, respectively, suggests targets for intervention, either at an individual level or via population-level interventions. This also highlights how GWAS can identify environmental effects.

One important limitation is that the “expanded” cohorts used alternative methods for assessing MDD, which may be less reliable. However, the average genetic correlation across the 7 cohorts was 0.76, with no clear statistical evidence for heterogeneity in these estimates of genetic correlation, suggesting that the cohorts were comparable despite defining MDD differently.

This study reinforces the view that larger GWAS will identify more genetic variants. More importantly, it provides evidence that the biology implicated via GWAS will be relevant to therapeutics, and also shows how genetic correlations and Mendelian randomisation analyses may provide a first step to understanding broader (and, critically, modifiable) determinants of psychiatric disorders. 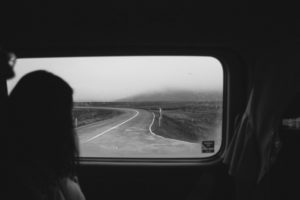 This study provides evidence that the biology implicated via GWAS will be relevant to therapeutics.

Last reply was August 16, 2019
Try out our members features!