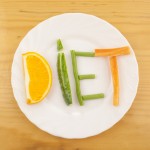 The question of what role nutrition plays in mental health has been the sauce (ahem) of research interest in recent times. As covered previously by oursElves in relation to dementia, the majority of this research has looked at individual nutrients like Omega-3 fish oil and other minerals, with the broader area of diet receiving less focus.

With depression estimated to be the leading cause of disability worldwide, and certain lifestyle behaviours like smoking and physical inactivity being linked to its development, the question of the role of diet in depression seems worth asking.

There are quite a few unanswered questions in fact: Researchers from Australia published the first systematic review to explore these questions in detail this summer in the BioMed Central Psychiatry journal. Examining 25 studies of varying design and measurement type, the authors found largely conflicting evidence of the associations between the quality and patterns of diet and depression, although limited evidence was found for Mediterranean and Norwegian diets as protective factors from depression.

The authors carried out a comprehensive literature search, identifying 25 studies with a total of 53,770 participants as suitable for review. The studies were undertaken in USA (11 studies), Japan, (3), Spain (2), and countries from Europe, Asia and Australasia (one from each country).

The studies were chosen because they involved:

Criteria for study quality were assessed, with all studies meeting at least half the criteria and 18 of the 25 meeting around 90%. The ‘best-evidence synthesis’ comprised of the latter studies only. There was high heterogeneity between these studies, particularly in relation to measures of diet, meaning data pooling was not possible.

Most studies factored out socio-economic factors like age, sex, education, income and physical activity levels, although this was not done comprehensively across all studies. Um… I’m not quite sure that counts as Mediterranean diet

Depression as a predictor of diet quality:

Owing to the conflicting results and the heterogeneity across the studies reviewed, including the measurement and definitions of dietary quality, depression assessment and study samples, the authors conclude:

To elucidate whether true causal associations exist between diet and depression, further research is urgently required… Longitudinal studies that explore the role of diet in the development of mental disorders across the lifespan are [also] required.

It’s unclear whether the conflicting evidence is a result of the heterogeneity between studies, difference in statistical methods used, or the difficulty in controlling for all potential confounding socio-economic variables. It is also somewhat unclear, given the high number of studies showing no association (before even accounting for publication bias) whether further exploration in this area is necessarily as urgently needed as claimed by the authors. Nevertheless it is clear that in order to develop a greater understanding of the relationship between diet and depression, more high-quality research is required.