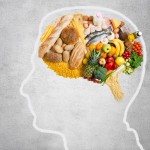 Intermittent fasting is all the rage these days and has been the subject of popular documentaries, websites, and books. Claims made for this pattern of eating would seem rather late night TV infomercial too good to be true (Lose weight! Prevent cancer! Reverse diabetes! Free steak knives!) were it not based on a significant body of research showing that calorie restriction and intermittent bouts of fasting can have profound effects on the body.

A recent authoritative review (Longo and Mattson, 2014) highlights the main findings of the last two decades of research (and contains all the references referred to below).

In humans, intermittent fasting has been shown to: Research has highlighted a number of benefits of intermittent fasting

In animals, famously, it has been shown to extend lifespan dramatically (2-fold in yeast, and in rodents by 30%) and to improve the outcomes of a variety of cancers, as well as increasing cellular stress resistance in heart and muscle.

In rodent models, intermittent fasting reduces the neurological pathology and clinical symptoms of Alzheimer’s disease, Parkinson’s disease and Huntington’s disease (in transgenic animals, bred to over produce the causative protein in each of these dementias). Intermittent fasting also reduces the extent of damage (at the level of brain and behaviour) following epileptic seizures, stroke, traumatic brain and spinal cord injury.

I’m sorry, but skipping breakfast does what now?

This is all rather remarkable. The ‘treatment’ in these studies does not involve cutting edge modern biotechnological wizardry: no drugs, no stem cell technology, no deep brain stimulation, and no silencing ribonucleic acids. These studies simply involved restricting the time period during which the animals could eat (the most commonly employed paradigm is alternating one day of eating with one day of fasting, though variations exist).

Studies in humans are certainly more scarce but early work does suggest that intermittent fasting and calorie restriction can be good for the brain. Caloric restriction improves verbal memory in overweight women and in elderly subjects and in people with mild cognitive impairment a low glycaemic diet improves visual memory, markers of Alzheimer’s disease and the efficiency of brain energy metabolism.

These studies are largely in rodents, admittedly, but what drug exists that could potentially reduce your risk of Alzheimer’s, Parkinson’s, Huntington’s and your vulnerability to stroke and brain trauma, with the side effects of an occasionally grumbly belly? It is possible that the inherited wisdom of the benefits of three square meals a day may have the same level of evidentiary support as ‘an apple a day keeps the doctor away’.

Recently scientists have been asking: if intermittent fasting can be good for the brain what can it do for mood disorders? A recent qualitative review (Fond et al, 2013) has examined what progress has been made on this front.

If intermittent fasting can be good for the brain what can it do for mood disorders?

The authors conducted a search on the Medline, Web of Science and PsycINFO databases to identify any studies that had examined the effect of fasting on mood or depression.

Why would fasting or calorie restriction affect brain health and mood at all?

Clearly, the studies conducted so far have serious limitations; no study identified was a randomised controlled trial examining the effect of intermittent fasting or calorie restriction on mood disorders.

Thus far studies have been small, used a variety of different fasting paradigms, participant cohorts and outcome assessments. These studies have generally identified mood improvements between day 2 and 7 of fasting and longer term effects have not been studied.

However, it is profoundly intriguing that something as simple as skipping a meal a day or eating your daily calories in a shorter time period (without a reduction in overall calories) can have a profound effect on your bodily health, your brain and your mood.

Further studies will need to distinguish between the acute and chronic effects of fasting, further examine effects in populations with mood disorders and employ randomisation, standardised controls and outcome measurements.

Such early findings have already added to interest in the growing field of non-pharmacological, non-psychological therapies in psychiatry (such as exercise, sleep, light, and diet) that can affect mood and anxiety. They also serve as a reminder that our brains are embodied, and that the three pounds of flesh between our ears can be affected by a number of interventions that have not been conventionally considered psychiatric therapies. Last reply was February 13, 2021
Try out our members features!