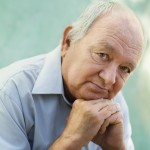 Depression is not the same across the life course, and we still don’t know which treatments work best for different people. There is evidence that older people with depression don’t respond as well to antidepressants as younger patients, so looking for ways of increasing the efficacy of treatments is a worthwhile effort.

The study I’ll be blogging about today was published recently in the American Journal of Psychiatry and investigated the use of combined methylphenidate and citalopram for geriatric depression:

The authors state that the reason for combining the two is to enhance citalopram response. According to the drugs.com entry for the combination of the two medications, “coadministration with methylphenidate may increase the plasma concentrations and effects of selective serotonin reuptake inhibitors (SSRIs)”. 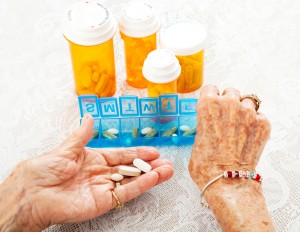 Research shows that antidepressants may be less helpful in older patients.

The hypothesis was that the combination would lead to better (and faster) citalopram response and improvements in mood, function and cognition.

Exclusion criteria were history of any psychiatric disorder apart from unipolar major depression with or without anxiety, severe or acute unstable medical illness, acute suicidal or violent behaviour or history of suicide attempt in the past year, or any other diseases of the central nervous system. Patients had to have been free of psychotropic medication for at least two weeks before starting the trial.

The primary outcome was improvement in the HAM-D score. Researchers also analysed the differences in the rate of response by week 4 of treatment (more on this later).

Secondary outcomes were symptoms of anxiety, apathy, medical and vascular risk factors, health-related quality of life, and cognitive performance as measured by a battery of validated cognitive tests. Remission, defined as a score of 6 or smaller on the HAM-D, was also analysed as a secondary outcome.

Participants were randomised using a computer-generated schedule. The researchers also created a guessing scale for study staff to monitor internal validity of the blinding. The accuracy of group guessing was 35%. I thought this was an interesting touch, possibly one that more trials should adopt.

143 participants entered the trial and were randomised into three groups of 48, 48 and 47 participants respectively. There were significant between-group differences in terms of the proportion of men and women, baseline HAM-D scores, and Cumulative Illness Scale. The researchers therefore attempted to control for this in their statistical analyses.

Dropout rates were high: between 14 and 18 participants from each group (that’s around 30%) discontinued the intervention for one reason or another. The mean time to dropout was around 30 days across groups, which coincides with the end of the dosage titration period. 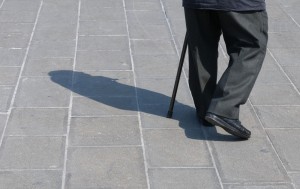 This was a relatively small trial with high drop out rates.

Findings for the primary outcome

There was a significant difference between groups in the change in HAM-D score from baseline to study end. Unfortunately the authors don’t give us a table with numbers, but we have a graph illustrating the rate of change. 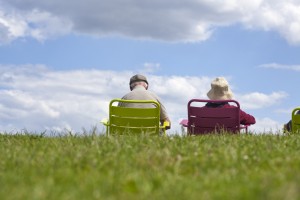 Improvement in depression severity and the Clinical Global Impressions improvement score was more prominent in the combination group.

This was a well-conducted randomised trial, which went to significant effort to minimise bias and ensure blinding of study personnel and participants.

On the whole, this study appears to give some legitimacy to a common “off-label” practice, although this research is certainly not sufficient on its own to change clinical practice. Adding methylphenidate to citalopram may be a way to improve the efficacy of treatment and rate of response for geriatric depression in individuals who respond to the treatment and are able to tolerate it.

The study has several limitations: 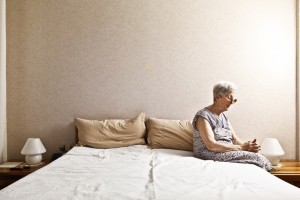 Further work is needed to ensure that citalopram is safe at these dosages in older people with depression.

Tomlin A. (2012) Antidepressants may be less effective in older patients with depression, according to new meta-analysis. The Mental Elf, 20 Jan 2012.