Home » Posts » Mental health » depression » Antidepressants may be less effective in older patients with depression, according to new meta-analysis 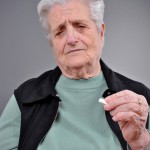 Following on from my post yesterday about screening tools for depression in later life, here is a new meta-analysis that explores the efficacy of antidepressants for the treatment of major depressive disorder (MDD) in patients aged ≥ 55 years.

The researchers from the University of Modena and Reggio Emilia in Italy just searched PubMed for randomised controlled trials that compared antidepressants to placebo for the treatment of depression in older people. It’s likely that they missed research not indexed on PubMed so this review should not be considered comprehensive.

In any case, they found 74 trials to include in their analysis, 15 of which focused on late-life depression.

Here’s a summary of their results:

The present meta-analysis suggests that antidepressants are efficacious in late-life MDD, but significant study heterogeneity suggests that other factors may contribute to these findings. A secondary analysis raises the possibility that efficacy of these agents may be reduced in trials involving patients aged 65 years or older. Why antidepressants may be less efficacious in elderly versus younger subjects remains unclear.

It will be interesting to see if these results are repeated if a systematic review is conducted with a broader search including other databases like Embase and PsychINFO.

Last reply was January 21, 2012
Try out our members features!