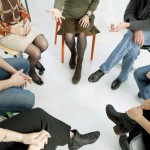 This study by McGillivray and Kershaw aimed to compare the utility and effectiveness of both behavioural and cognitive strategies for people with learning disabilities and depression.

The ability of people with learning disabilities to utilise cognitive-behavioural strategies for depression has been questioned.

A total of 70 individuals took part – each had depressive symptoms indicated via an informant checklist completed by staff at each agency.

Each participant completed pre- and post- group questionnaires, as well as a 6 month follow up questionnaire. The questionnaires consisted of the Beck Depression Inventory (BDI-II) to assess severity of their depressive symptoms, and a shortened version of the Automatic Thoughts Questionnaire (ATQ-R) to measure the frequency of automatic negative statements about themselves. Some participants were able to complete all questionnaires independently, while others required varying levels of assistance which was given by the therapist. 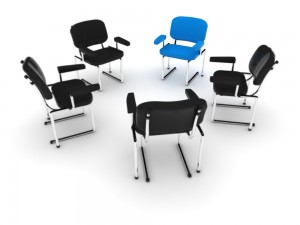 People with learning disabilities and depression took part in either a cognitive, a behavioural, or a cognitive-behavioural group.

The authors found that overall participants showed a significant improvement in their BDI-II score over time, which did not differ between groups. This suggested that all three groups were equally effective in improving clients’ depressive symptoms over time.

To determine whether these improvements were clinically meaningful the authors looked in more detail at scores for each individual with mild – severe depressive symptoms (66% of participants): 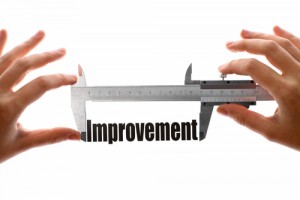 Overall, results were not wildly different between the three groups with all groups showing significant improvements in both depressive symptoms and automatic thoughts. Teasing the data apart a little more the authors found that the Cognitive Behavioural group may have had some small advantages: the scores for those with mild, moderate or severe depression improved the most and were maintained 6 months later. In addition, automatic thoughts improved significantly more during the Cognitive Behavioural group.

When comparing the effectiveness of interventions it is important to keep all things equal between groups so that the only difference is the intervention type people receive. In this study each intervention was delivered in a different agency. This means that any features that differed between agencies (staff, size, activities available…) could have had an impact on the results achieved and therefore we cannot assume that differences in score were purely due to the intervention type. As an example, it is possible that staff from one agency may have spent more time supporting group members to practice their strategies, resulting in a greater improvement in DBI-II and ATQ-R scores than the group alone would have achieved.

In addition, a large proportion of participants had minimal depression, i.e. a level below that identified as clinically significant. Not only will this have reduced the possibility for post-intervention improvements in score, but is also unrepresentative of the clients who would typically access or be referred for such interventions.

Moreover all had mild LD meaning that these findings cannot be generalised to the wider LD population (for example those with more moderate or severe LD who would need additional support and resources to partake in such groups).

The authors also describe how some participants required help completing the questionnaires which may have impacted on the way they answered these questions. For example people with learning disabilities can be acquiescent and may have answered questions in a way they thought would please the therapist.

The authors do provide some details about each group’s content (e.g. use of role play to aid learning, and communication strategies) however it would have been helpful to know if and how resources for the group were made accessible for people with learning disabilities. Without this sort of information it can be difficult for clinicians to incorporate these strategies into their practice, or for researchers to replicate and expand on the findings.

McGillivray and Kershaw explore the use of cognitive and/or behavioural strategies in ‘real’ settings, and evidencing improvements in the real world like this is extremely valuable. However, this strategy comes with limitations as described above, and a more rigorous and controlled methodology may be necessary to address these. While this paper probably does not provide enough evidence to transform the way therapy is delivered to people with LD and depression, it certainly challenges assumptions about the value of cognitive strategies for this group, and paves the way for future research in this area. For example, it would be interesting to find out if and how these results might differ for 1-1 approaches. 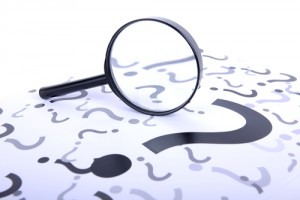 This paper challenges some assumptions about the usefulness of cognitive behavioural strategies for people with learning disabilities.

McGillivray, J. A., & Kershaw, M. (2015). Do we need both cognitive and behavioural components in interventions for depressed mood in people with mild intellectual disability? Journal of Intellectual Disability Research, 59(2), 105-115 [abstract]