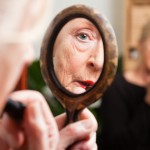 Depression and anxiety are quite common in dementia and mild cognitive impairment (MCI) (Enache et al., 2001; Giebel et al., 2015), with frequencies ranging between 10-62% for depression and between 8-71% for anxiety. Because both mental health issues can reduce independence and are linked to higher carer burden (Rozzini et al., 2009), it is important to address any anxiety or depressive symptoms as part of the treatment for dementia and MCI.

Both depression and anxiety are treated by medication, such as selective serotonin reuptake inhibitors (SSRIs), but are often completed by non-pharmacological, psychological treatments. There is a multitude of psychological treatments, such as exercise therapy, cognitive stimulation, counselling, reminiscence, and cognitive behavioural therapy (CBT). Particularly CBT attempts to change the perception of events, so that people think differently, and more positively, about previous anxiety- or depression-induced events.

Considering that both depression and anxiety are so common in dementia and MCI, it seems surprising that no review has previously evaluated the literature in this field. Instead, having had a quick Google Scholar search, there have been reviews on psychological treatments for depression or neuropsychiatric symptoms in dementia (Livingston et al., 2005; Snowden et al., 2003), or on the effects of psychological therapy on the family carer (Selwood et al., 2007).

That’s why the team conducted a systematic review and meta-analysis on the effects of psychological treatments for depression and anxiety in dementia and MCI (Orgeta et al, 2015). Their aims were to

This is the paper I am blogging about here! 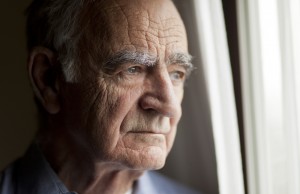 Depression and anxiety are quite common in people with dementia and mild cognitive impairment.

The authors performed a systematic review based on a Cochrane Review and 10 meta-analyses (!). For this purpose, two independent reviewers separately searched for articles on standard databases, such as MEDLINE and PsycINFO. Their inclusion criteria were studies describing a randomised controlled trial with a control group; separate data on people with dementia and with MCI; patients had to have an official diagnosis; and any psychological therapy. Initially coming up with 352 references, these were cut down by excluding those that didn’t meet the inclusion criteria or were duplicates.

In total, only six studies were included in this review, whilst a smaller number of studies was included for each of the 10 meta-analyses. All six studies provided insights into depression, whilst only two of those shed light on the effects of treatments for anxiety. 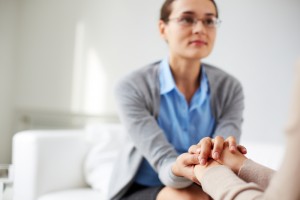 The evidence from this well conducted review suggests that psychological treatments are effective in reducing symptoms of depression and anxiety for people with dementia.

As with any Cochrane Review, the inclusion criteria can be quite stringent and allow for only very few studies to be included. It may have been the fact that only RCTs were included, or only studies with a control group. There may be some valuable insights into the efficacy of psychological treatments from studies without control groups, although not as methodologically sound as an RCT obviously. Also, as it is good practice with any systematic review to assess the quality of included studies, the authors report low quality for the two studies on anxiety. This is not ideal and may have limited the findings on anxiety.

Overall, it is surprising to see that so few studies were considered relevant in this area. One would think that there are a myriad of studies on depression and anxiety in these two populations, as both mental health issues are very frequent. What the review and meta-analysis suggest is that psychological treatments for depression are effective, whilst this has not been fully shown for anxiety. It may be the case that we simply need more research to implement RCTs into anxiety. After all, with depression and anxiety being linked to well-being and independence, more studies might actually support this link by showing improvements in these areas as well.

This review highlights that once a diagnosis of dementia or MCI are made, there may be other comorbidities that require additional attention. It is important not to neglect them by focusing all the attention on managing the dementia. 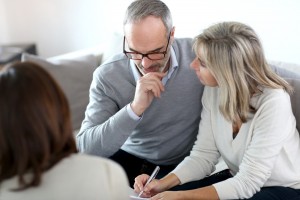 It’s important that practitioners don’t let dementia get in the way of other health problems, such as depression or anxiety.

Livingston, G., et al. (2005). Systematic Review of Psychological Approaches to the Management of Neuropsychiatric Symptoms of Dementia. The American Journal of Psychiatry,162(11), 1996-2021.

Snowden, M., Sato, K., & Roy-Byrne, P. (2003). Assessment and Treatment of Nursing Home Residents with Depression or Behavioral Symptoms Associated with Dementia: A Review of the Literature. Journal of the American Geriatrics Society, 51(9), 1305-1317.