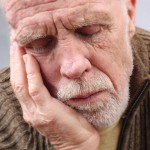 People with dementia caused by Alzheimer’s Disease (ADD) (which is estimated to be around three quarters of people with dementia) often suffer from sleep disturbances.  These symptoms cause distress to the person with dementia and to their carers, increase the likelihood of admission to a care home, and are also very difficult for care home staff to manage well.

Medicines commonly used to treat insomnia in the general adult population are the most common way to treat sleep problems in dementia sufferers as well, although the causes of sleep problems are unlikely to be the same.  This recent Cochrane review (McCleery 2014) aimed to find out which, if any, of these medicines are both safe and effective treatments for sleep problems in people with ADD.

Well, considering this large vulnerable patient population are routinely prescribed a wide range of powerful drugs to treat sleep problems, including benzodiazepine and non-benzodiazepine hypnotics, one would hope that this rigorously conducted systematic review of all research done in this area would perhaps find that some of these medications don’t work, some work better than others, and some are safer than others.

In fact, the main finding of the review is that an astonishingly small amount of reliable research has been done.  This is a depressingly common finding in Cochrane Reviews, particularly in reviews of treatments for vulnerable patient groups who are less able to advocate for themselves.

However, I guess I should let you know what evidence of safety and effectiveness the reviewers did uncover. 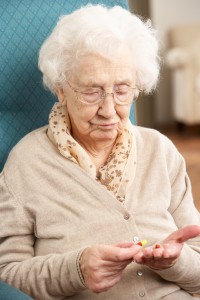 People with Alzheimer’s Disease are routinely prescribed drugs to treat sleep problems, but is there evidence for this?

After conducting a comprehensive search of published literature, bibliographic databases, and trial registers, the reviewers whittled the contenders down to five completed randomised trials that were eligible for inclusion:

The search also identified  two ongoing trials which were eligible for inclusion but with no results yet available.  One is on melatonin (another commercially sponsored trial), and one on zolpidem (a newer type of hypnotic sleep agent).

The long and short of it is that the three melatonin trials seemed to show that it has no effect at all on any of the sleep outcomes in patients with ADD.  There were no adverse events reported, and the secondary outcomes of interest weren’t measured.

Trazodone seemed to give a significantly longer nocturnal total sleep time of 43 minutes on average and greater sleep efficiency, but this was based on a small trial of 30 participants. No significant adverse events were reported.  Secondary outcomes such as quality of life and carer burden were not measured.

As for ramelteon, getting more than the briefest narrative report of the results from the commercial sponsors was impossible, so presumably they were rather disappointed with the results, and didn’t really want to talk about it.  I can’t help wondering if as well as being rather economical with the data on sleep-related outcomes, they also hid (sorry, “didn’t report”) data about harms.

What a surprise, more research is needed

I think this review is extremely well written and quietly constructive in terms of exposing the huge gaps in research, particularly on the drugs that are already routinely prescribed in this population, and emphasising the need to carry out pragmatic research and report adverse events properly.  It does require the more opinionated and easily outraged elves amongst us to do quite a lot of reading between the lines, but I guess that’s what we’re here for. However, I believe that Cochrane as a whole could be more proactive in its prescription, promotion, and support of well-designed, conducted and reported (non-commercially funded) studies.  Cochrane reviewers are required, quite rightly, to spend a huge amount of time carefully grading the quality and applicability of existing research evidence.

Why not reward researchers who have been identified in a Cochrane Review as having produced the most useful, unbiased, and patient-relevant research – the medical research equivalent of a gold Blue Peter Badge.  (Apologies to those non-UK readers who may not know what I’m on about, but it’s a very great honour to be awarded one of these.)

Cochrane could use the information in its reviews to

You can make a difference

But, I am getting carried away, as usual.  In the short term, why don’t you help this important Cochrane research on the treatment of people with dementia have a real positive impact.  Let us know if you have done (or plan to do) something as a direct result of reading this blog.  Something in addition to the social media tweeting and sharing stuff which of course I hope you will do.  It doesn’t matter what you do – no positive action too big or too small – the Elves would love to know about it, and will probably throw a party.

Shameless Cochrane-related plug coming up:  If you’re not quite sure what to do, but you want to do something constructive (and not too time-consuming, or life-force sapping), check out this unique opportunity to contribute to Cochrane and learn about research at the coal face: The Cochrane Embase Volunteer project.