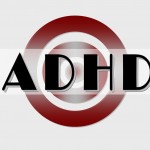 Attention deficit hyperactivity disorder (ADHD) is a group of behavioural symptoms that include inattentiveness, hyperactivity and impulsiveness.

ADHD is often thought of as a childhood problem, but it can be a lifelong condition, and many children continue to have symptoms as a teenager and adult. It is estimated that nearly two-thirds of children with ADHD still have some symptoms at the age of 25.

The World Health Organisation published a survey in 2008 which showed that 3.5% of employed adults aged 18 to 44 have ADHD. Furthermore, Swedish research published in 2010 reported a 40% prevalence of ADHD in adult male prisoners. The stimulants that are frequently used to treat ADHD may be a source of profit in prison and so the safety of incarcerated ADHD patients may often be compromised.

This systematic review and meta-analysis from the Canadian Agency for Drugs and Technologies in Health set out to answer 2 questions:

The authors conducted a systematic search of various biomedical and grey literature databases and found 33 randomised controlled trials to include in their review:

The evidence also suggests that the use of methylphenidate is associated with better functioning and cognitive skills than placebo.

Large, well- designed trials that specifically address the treatment of ADHD in adults are needed to accurately assess the impacts on quality of life and ADHD-associated morbidities.

Pharmacological and Non-pharmacological Therapies for Adults with Attention-Deficit/Hyperactivity Disorder: Systematic Review and Meta-analysis of Clinical Evidence (PDF). Canadian Agency for Drugs and Technologies in Health, Sep 2011.

Last reply was September 22, 2011
Try out our members features!