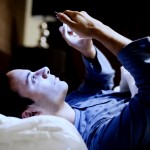 Social networking websites are is becoming ubiquitous in our culture and Facebook is the most popular social networking site in the world, with 1.15 billion monthly active users (Facebook, 2013). The authors of the current paper argue that being able to engage with social networking sites, like Facebook can enhance ‘social capital’. Social capital allows people to connect with other people and therefore access information and resources that can provide emotional, social and physical support.

As the websites are often not designed to be cognitively accessible for people with learning disabilities, this excludes them from mainstream ways of gaining social capital and therefore, being more visible and present in the online social networking world.

The current study described the development of a cognitively accessible interface for Facebook, called Endeavour Connect and piloted it to determine how easy it was to use for people with learning disabilities.

The development of Endeavour Connect

Endeavour Connect was developed to resemble to mainstream Facebook site, but with changes made to make it more cognitively accessible. The main changes were: 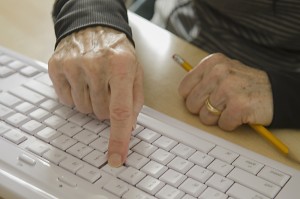 During this pilot study, the participants received training and were observed using mainstream Facebook and the Endeavour Connect interface. They were asked to complete five Facebook-specific tasks in both conditions. These five common tasks were:

The participants for the study were recruited from Colorado, in the United States, via adult community service provider organisations. Twelve participants were recruited; five women and seven men. Their ages ranged from 20 to 45 years of age and their average age was 29.5 years old. The average IQ score for the participants was 53.5, with a range from 38-66.

For each condition (Facebook and Endeavour Connect), the researchers observed:

The results were analysed both descriptively and empirically, using Sandler’s A-statistic to examine mean differences in the three dependent variables above. Each participant was also interviewed after each task sequence to gather their thoughts about whether they preferred Facebook or Endeavour Connect or Facebook and how easy they thought each programme was to use.

However, there were also aspects of the Endeavour Connect interface that appeared to be confusing for the participants: when they were using the audio prompts to post audio messages or photos, the audio prompt said: ‘Select the post button to post this picture to Facebook, or press cancel to start over’. Unfortunately, many people paid attention to the last part of the message, and pressed the cancel button, when they meant to post the message or photo. 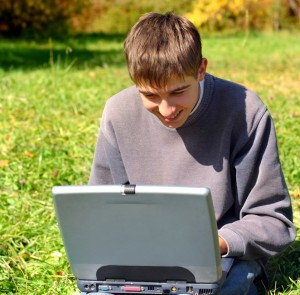 This is a really promising pilot study to demonstrate that it is possible for people with learning disabilities to access mainstream social networking sites, such as Facebook, but with a few adaptations. The biggest strength of the Endeavour Connect interface, in my opinion, is that it allows changes to be made in Facebook to show up in Endeavour Connect and vice versa. This means that people who have learning disabilities who may have been put off joining Facebook can do so in a way that is accessible.

Although there have been attempts to develop social networking sites run by and for people with learning disabilities, e.g. ‘Special Friends Online’, in my experience, people want to join the social networking sites that everyone else has joined. Endeavour Connect allows people to do so, thus potentially reducing online social exclusion and enhancing the capacity to develop social capital, as the authors describe.

As it is a pilot study, caution should be applied when interpreting the statistics, but the descriptive results are encouraging, particularly when participants described enjoying the audio recordings and when one participant spontaneously tried to make a post. Furthermore, given that the researchers recruited people with learning disabilities, their families and carers to help gain their views to develop Endeavour Connect, perhaps future research could involve people with learning disabilities as co-researchers. This could potentially lead to unforeseen issues being spotted and fixed earlier, such as participants cueing in to the last part of an audio prompt, thus making it more likely that they cancelled a post, rather than posting it.

Also, I was wondering whether the ‘Friends’ used in this pilot study were hypothetical friends, or genuine offline friends for those taking part in the research. Perhaps if the researchers used genuine friends, then it may have provided a greater degree of ecological validity to the research and those participants may have made fewer errors in the friends-related task.

Although the focus of this paper was on reducing the cognitive barriers to accessing social networking sites, perhaps future research could focus on the social barriers to accessing social networking, which affect many people online, both with and without learning disabilities. These social barriers may include: not understanding sarcasm, difficulty with managing when friends do not reply as quickly as expected, how to recognise valid profiles compared to fake profiles, or even how to manage trolling and online abuse. 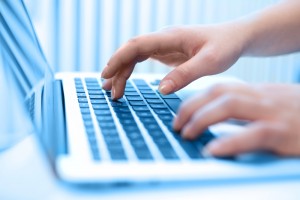 As more people use social networking sites, it is important that people with learning disabilities do not get left behind and this interface appeared to make using the site easier

Davies et al (2015) An interface to support independent use of Facebook by people with intellectual disability. Intellectual and Developmental Disabilities 53 (1), 30-41 [abstract]