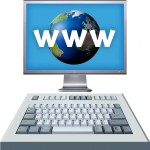 The use of social media is becoming increasingly important in establishing social identity, with individuals receiving often instant feedback online.

In terms of social identity theory, it has been argued that the label of learning disability can become a person’s primary identity and impact on the interactions the person has with others, often shaping the others’ responses.

The researchers in this study were interested in looking at how people with learning disabilities might be using social networking sites to construct identity and form online relationships. They point out that like many others, people with learning disabilities have an opportunity to project a preferred identity to the online world which may be different to that projected in the ‘real’ world.

The impetus for the research came from discussions in clinical settings with people who were experiencing a range of issues with using social networking sites.

The researchers present in the paper, three vignettes, each relating to the online experience of a single person with learning disabilities they have seen in their clinical practice

The first vignette relates to a young woman with mild learning disability and autistic traits, who had issues relating to a very literal understanding of the word ‘friend’ as used by Facebook. The authors point to a number of actions this young woman took based on that literal interpretation that may have put her at risk, for example attending events organised by ‘friends’ that she had never met and had great difficulty understanding why she was often ignored by such ‘friends’ when she attended.

The second relates to a 30-year-old woman with a mild learning disability who had been the victim of bullying at school and is described as having social anxiety which meant she often refused to leave the house. She mixed with people her own age on the Internet, but was the subsequently the victim of cyber-bullying from ‘friends’ on social media sites. The authors point out she did not know how to ‘block’ people from her page. She also was targeted for sexual exploitation and was the victim of an online financial scam.

The third relates to a 28-year-old woman who had positive experiences online, keeping in touch with people, but encountered problems when she gave her username and password to a friend, who then sent inappropriate emails from her address and she subsequently was the victim of cyber bullying and a target for sexual exploitation. 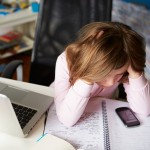 The authors point out that from their experiences, there are many positive aspects to the use of social networking sites by the people they support, but that the literal understanding of words like ‘friend’ and the inappropriate sharing of personal details on sites meant that people were open to exploitation and bullying online.

They describe the formation of a group within the community learning disabilities team around the use of social networking sites to look at safety whilst using the Internet. The group did not concern itself solely with online identity however, but also focused on self-esteem and assertiveness training, in order to help people consider what it was, and was not, appropriate to share online.

It is clear that the use of the internet and social networking sites is a key feature of modern life and understanding how to conduct relationships in this virtual environment can be as difficult as in the real world. There are significant advantages for people with learning disabilities to have access to this online world as there are for people without learning disabilities, but there are specific challenges associated with understanding the ‘rules’ and being aware of what to share, when and with whom.

As with all things, this will raise different issues for different individuals, and the authors point out that it will be important for those supporting people with learning disabilities to ensure they have information, experience and support to deal with difficulties they experience
online. There is at present little research on the use of social networking sites by people with learning disabilities and this paper adds some detail to the understanding of experiences of a small number of people and offers some insight into a potential response in the form of a therapeutic group which could be further evaluated in the future.

The experiences of people with learning disabilities on social networking sites, Holmes K and O’Loughlin N, in British Journal of Learning Disabilities, 42, 1, 1-5