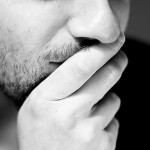 Physical aggression is a commonly reported challenging behaviour, with 9.8% of the population with intellectual disabilities exhibiting it (Cooper et al, 2009), and may put carers at increased risk of injury.

Some studies have examined violence towards paid carers and support staff working with this population: Strand et al (2004) found that 54% of support workers were exposed to physical harm at least once a year.

Other studies have focussed on family carers, with varying levels of injury reported: Kiernan et al (1997) found that 62% of parents reported experiencing physical injury due to their child’s challenging behaviours – including physical aggression – at some time.

Allen, Hawkins and Cooper (2006) revealed that 24% of parents of children with intellectual disabilities and severe challenging behaviours had been seriously injured as a result of their child’s behaviour.

The literature suggests that injury is a risk for carers of adults with intellectual disabilities and challenging behaviours, however the authors stress that epidemiological information regarding carers’ risk of injury, as well as comparisons to the general population, is lacking.

They, therefore, aimed to explore the incidence, types and causes of injury in family and paid carers of adults with intellectual disabilities in Scotland, hypothesising that carers of adults with intellectual disabilities would be at increased risk of injury compared with the general population due to their caring role, and in particular due to caring for adults who present physical aggression. 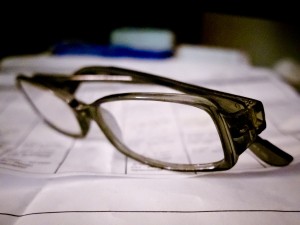 This study looked into the incidence, types and causes of injury in family and paid carers of adults with intellectual disabilities in Scotland.

These data were compared with data collected by the Scottish Health Survey (SHS) 2003 (Scottish Executive, 2005), which collected self-report data on the causes and types of injuries requiring medical treatment experienced in the last year by a representative sample of the Scottish population.

This study found trends towards differences in incidence of injury in carers compared with the general population; however they did not reach statistical significance. This finding indicates that risk of injury as a result of caring for individuals with intellectual disabilities and challenging behaviours are cause for concern, and warrant further research in the future. 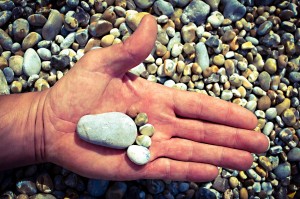 The study found trends towards significance in incidence of injury in carers but we need to take more research steps in that direction!

This study benefits from a large sample size and a directly comparable general population sample. However, as the authors note, the data was self-reported, and therefore subject to recall. It is also noteworthy that, especially in the case of family carers, experiencing an injury as a result of a relative for whom they are caring might be a sensitive issue, which could lead to carers downplaying and subsequently under-reporting injuries.

While challenging behaviours and physical aggression are intuitively important contributors to injury in carers, this study did not find a significant association between carer injury and presence of physical aggression in the person for whom they were caring. Further, given the huge disparity in prevalence and extent of challenging behaviours in adults with intellectual disabilities, it is perhaps unhelpful to categorise people specifically in this way, as it may contribute to experiences of stigma and perpetuate negative behaviours.

While the difference between injuries in carers compared to the general population found here were not significant, the authors report that there were trends towards significance. As such, this study calls attention to the fact that this is an area requiring further research.

For instance, the higher incidence of accidents such as trips or slips among family carers found by these authors might be due to a lack of professional training in family versus paid carers, which warrants further exploration.

Accidents and injuries experienced by carers, whether paid or unpaid, might have a hugely detrimental impact on their lives as a whole, for example in limiting their ability to work or to care for other dependents.

Furthermore, this issue affects not only the safety and wellbeing of carers, but of those for whom they care. This paper offers important insights and calls attention to the scope for future work in an area that is of crucial importance. 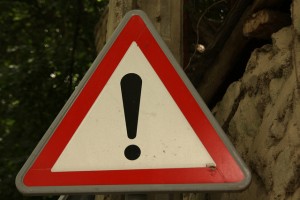 Given the disparity in challenging behaviours, it is unhelpful to categorise adults in this way, as it may perpetuate stigma and negative behaviours.