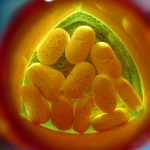 The prevalence of mental illness in those with learning disabilities is estimated at around 28%, and 3% for psychosis specifically (Dept of Health, 2001; Smiley, 2005). Yet of all psychotropic medications prescribed in this population, 30-50% are antipsychotics (Tsiouris, 2010). So what else are they being prescribed for?

Around 12.5% of those with a learning disability show challenging behaviour (Smiley, 2005), which is usually managed using behavioural strategies, but in more severe cases antipsychotics may be considered.

Antipsychotics are recommended by NICE to help manage challenging behaviour in those with a learning disability if:

This study aimed to identify the incidence of mental illness and challenging behaviour in those with learning disabilities, and to explore the prescription of psychotropic drugs in this population. 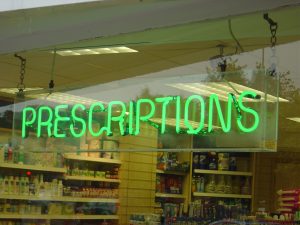 The prescription rates of antipsychotics and prevalence rates of psychosis in people with learning disabilities don’t match up.

This is a cohort study, using data from The Health Improvement Network (THIN) from 1999 to 2013. THIN is a primary care database with more than 3.7 million active patients from 571 general practitioners (GPs). The patients are representative of the UK population in terms of age, sex, medical conditions and death rates. THIN contains information on symptoms, diagnoses, secondary care referrals, treatments and prescriptions, and demographic information.

The researchers excluded anyone who contributed less than 12 months of data or was under 18. They identified participants and determined outcomes using Read codes (standardised clinical terms), the final list of which were refined by three psychiatrists specialising in learning disabilities and one GP.

The outcomes of interest were as follows:

At study entry, 25% of participants showed challenging behaviour, and 36% at study end. 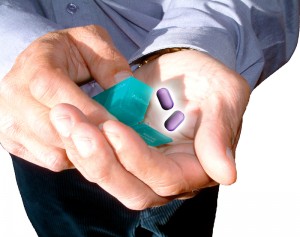 Antipsychotic overprescribing is common in people with learning disabilities who have no record of severe mental illness.

There are far more people with learning disabilities being prescribed psychotropic drugs than there are with a recorded mental illness. In particular, antipsychotics are very commonly prescribed to those presenting with challenging behaviour who do not have a record of any psychiatric comorbidity.

It is as yet unclear why antipsychotics are being prescribed so commonly for those without a severe mental illness, particularly in the absence of challenging behaviour. As the authors state:

Changes are needed in the prescribing of psychotropics for people with intellectual disability. 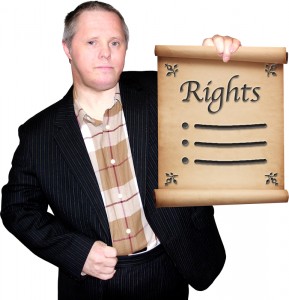 The prescribing of psychotropics for people with intellectual disability needs to be addressed.

The researchers note that the THIN database is “a record of real life clinical practice in UK primary care and thus provides an accurate and representative insight into contemporary care”. It is true that this insight would be difficult to gain otherwise, and particularly on such a large scale. The database has also been shown to be representative of the UK population in terms of demographics and prevalence of major conditions (Blak et al, 2011).

However, the use of the THIN database is somewhat limiting in that it is likely that both learning disabilities (particularly mild) and challenging behaviour are under-reported to GPs. Indeed, the estimated prevalence of intellectual disability in the THIN database was slightly lower than usual estimates. Furthermore, certain details are not always recorded by GPs, such as severity of intellectual disability and the reason for prescription of medication, limiting our interpretation and understanding of the study results.

It is unclear why some exclusions, such as people under 18 years old, were made by the researchers. The mental illness code lists were also restrictive, ignoring (for example) personality disorders and substance misuse.

Qualitative research should be conducted to address the following questions:

It may be that we are underestimating the prevalence of psychosis in this population (and thus under-treating it), or prescribing antipsychotics for behaviour unrelated to psychosis, possibly leaving other health problems untreated (Northfield, 2015).

The accessibility and efficacy of alternative strategies of managing challenging behaviour should also be addressed. The short-term side effects of antipsychotics can be extremely unpleasant, and the long-term side effects potentially serious. Harmful effects on learning and cognitive abilities may be particularly detrimental to those with an intellectual disability. It is important that patients, relatives and carers are provided with adequate information about psychotropic drugs and their side effects, and are told about the availability of other support and management strategies.

Evidence is lacking in terms of the efficacy of antipsychotics when prescribed for challenging behaviour as well as their long-term effects (Brylewski et al, 2004; Matson et al, 2012), and a 2008 RCT showed no significant benefit on challenging behaviour over placebo (Tyrer et al, 2008). Cost-effectiveness research is also lacking, considering the high level of monitoring required with antipsychotics.

From an evidence-based medicine point of view, there is not enough evidence for the efficacy and safety of these drugs in this population for them to be widely prescribed. From a human perspective, we should be demanding an explanation for the frequency with which this class of powerful drugs are being prescribed to a vulnerable group of people. 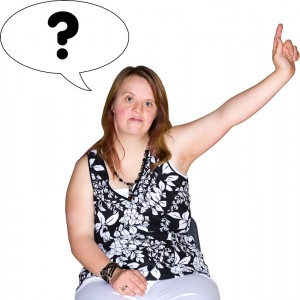 There is sparse evidence for the efficacy and safety of antipsychotics in people with learning disabilities.