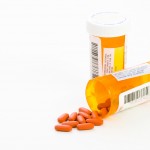 The Government response to the events at Winterbourne View, Transforming Care,  pointed out that there were ‘deep concerns’ about what was described as the over-use of anti-psychotic and antidepressant medication for people with learning disabilities and/or autism, in particular noting that medications were being used outside licensed indications to manage challenging behaviour.

As part of the wider review of prescribing of anti-psychotic and anti-depressant medicines for people with challenging behaviour undertaken in response to Winterbourne view, this current study looked specifically at the prescribing of drugs which act on the central nervous system to people with learning disabilities or autism by general practitioners (GPs) in England.

The researchers set out to

The scope of the research was widened to include anxiolytics, hypnotics, anticonvulsants and mood stabilisers

As this was a study of GP prescribing, the researchers excluded periods when patients were hospitalised and GP prescribing would not have occurred.

They noted periods when the cohort were exposed to any drugs in the British National Formulary (BNF) sections under examination in the study.

To measure the extent of prescribing they reported this as the proportion of observed person days in which patients were exposed to the drugs.

To look at treatment patterns, they categorised prescribing episodes as

They looked at combinations of drugs through using a cross-sectional analysis to identify where patients were simultaneously being given drugs from more than one of the sections studied.

To report on indications, they looked at the proportions of treatment episodes with an approved indication and approved dosage. 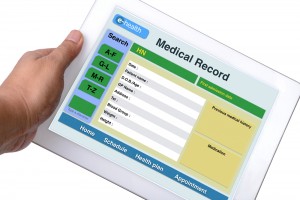 They found that people with learning disabilities identified were exposed to one or more of the drugs studied on 41.3% of person days for adults and 14.7% for children and young people.

They also found that for most groups of drugs, exposure rates rose through adult life.

For people with autism but not learning disabilities, they found for those under 18,

For adults with autism they found exposure rates as follows:

They found that over 90% of the prescribing of drugs they were interested in for this study was not short term, (i.e at least one repeat prescription)

They found prescribing of more than one drug in adults with learning disabilities in over 20% of prescriptions for antipsychotic drugs, and over 40% for anti-epileptics.

They estimated that between 30,000 and 35,000 adults with a learning disability in England were taking one or both of these types of drug in the absence of the conditions for which they are indicated.

Anti-psychotic and anti-depressant drugs were found to be prescribed for people with learning disabilities in England in the absence of the conditions for which they are known to be effective. The authors have been able to quantify the scale of this and identify some prescribing patterns.

They suggest that despite some limitations, the Clinical Practice Research Datalink (CPRD) primary care database was able to document these patterns well and therefore suggest that it would be possible to use this data source for the development of a process to monitor ways in which practitioners seek to improve patterns of prescribing in the future. 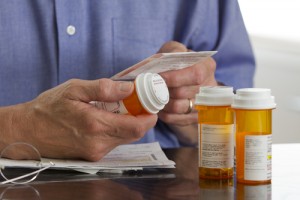 The authors used the Clinical Practice Research Datalink as a source of data for this study. This is a well -established research service. There are however difficulties in the identification of patients with learning disabilities and patients with autism in general practice.

The authors point out that the overall prevalence figures found from GP registration are lower than prevalence found in school age populations, which suggests that there may be some patients with learning disabilities excluded from this analysis. This however would be unlikely to have a major impact on the trends and patterns found, which are in line with findings from previous studies.

We might also reasonably expect some of the people involved to have spent some time in inpatient facilities. GPs would be responsible for prescribing for people living independently, in residential care homes, group homes, or other supported settings, but not where people were in hospital, either NHS or independent sector. The authors deal with this by excluding periods when people were hospitalised. There may have been periods when, after discharge, people brought drugs home with them, but again given that this would be a few days at most, should not have influenced the findings in a major way.

One of the things about this study of course, is that it is looking at patterns of prescribing, rather than patterns of usage. It is not possible to see from this kind of GP database review whether people took the medications as prescribed.

This is an important initial study, developed from the concerns raised in Transforming Care about the patterns of prescribing of medications to people with learning disabilities and or autism with behaviours described as challenging.

Findings suggest that anti-psychotic and anti-depressant drugs are being prescribed for people with learning disabilities in the absence of recording of the conditions for which they are known to be effective.

The authors suggest for the future, the Clinical Practice Research Datalink primary care database could be used along with other research databases to establish a monitoring programme to look at

Earlier this month, Dominic Slowie, NHS England’s National Clinical Director for Learning Disability sent a letter to NHS colleagues setting out plans for a programme of action to tackle this over use of medications. As a first step an action summit meeting, bringing together carers and family representatives, professionals, improvement experts and other interested parties to set out the steps needed to reduce this inappropriate use of medicines. We will wait to see what impact this call for action has on prescribing trends in the coming months and years.

Given that this activity is likely to cause some concern among those people with learning disabilities taking anti-psychotic medications and their supporters and families, NHS England have also published some guidance which aims to answer questions that people may have. 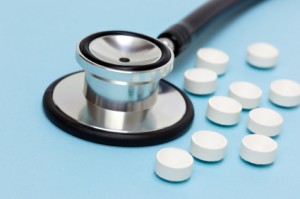 The use of medicines in people with learning disabilities, NHS England Dear Coleague letter [PDF]