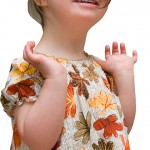 Previous studies trying to reach an understanding of the rate of co-morbid psychiatric problems in children with autism spectrum disorders have reported significantly varying findings.

They evaluated behavioural and emotional problems in a sample of 67 children with autism spectrum disorder (59 male/8 female) and in a group of 67 children matched on age and IQ (57 male/10 female).

They measured these problems using the ‘Child Behavior Checklist’ a parent-report questionnaire, where children are  rated on internalizing (i.e., anxious, depressive) and externalizing (i.e., aggressive, hyperactive,) behaviours. They also looked at parental psychological distress in both the study and control groups and used the Brief Symptom Inventory for this, which is an inventory of 53 items used to look at the intensity and number of reported symptoms.

The authors conclude from this small study that

high rates of clinically significant psychiatric problems were detected in ASD children, with anxiety and attention deficit hyperactivity disorder being the most frequently detected syndromes.”