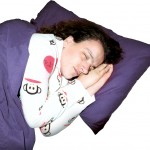 The researchers in this review looked at findings related to melatonin in autism spectrum disorders (ASD), including autistic disorder, Asperger syndrome, Rett syndrome, and pervasive developmental disorders, not otherwise specified. From a search of databases, they were able to find 35 studies that met review’s inclusion criteria. It was possible to perform a meta-analysis on five randomized double-blind, placebo-controlled studies.

The meta-analysis of the trials found showed significant improvements with large effect sizes in sleep duration but not in night-time awakenings, the side effects of melatonin reported in the studies were minimal to none. Despite variations in effect size across the studies, the authors did not discover any evidence of publication bias.. They conclude from the review that melatonin administration in autism spectrum disorder was associated with improved sleep parameters, better daytime behaviour and showed minimal side effects.