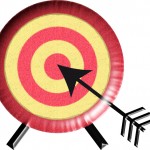 A number of studies have suggested that prevalence rates of mental ill-health in people with learning disabilities is higher than in the general population, although issues of definition have made it difficult to make clear comparisons. The authors of this review set out to identify trends and developments in the study of psychopathology in people with learning disabilities.

The reviewers discovered the number of studies in the area is growing. They point to a number of specific areas of study which they believe to be significant. The first is the significant growth in the number of papers published relating to the study of autism. They also draw attention to growing interest in more specialised measures of psychopathology and issues relating to levels of learning disability and age. There is also a developing literature in recent years that focuses on psychological treatments, for example functional assessment.

They also point to an increased awareness in the literature that pharmacotherapy treatments should be focused on core symptoms of specific forms of mental illness such as psychosis, bipolar disorder, anxiety and depression. The authors suggest that this in contrast to much previous practice which saw the use of such medications for behavioural issues such as aggression, self-injurious behaviour and pica.

The reviewers point out that research into mental illness in people with learning disabilities is a relatively young field, but suggest that whilst there is an improving knowledge of the issues and a clearer understanding of how to assess and treat mental ill health, there is a still good deal to be learnt.